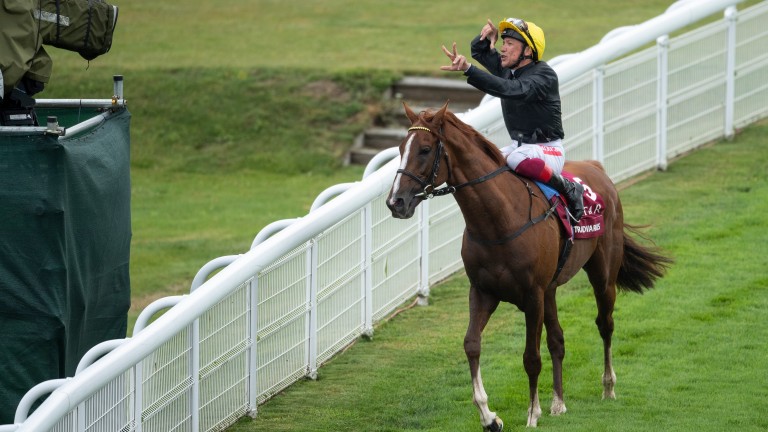 Stradivarius missed his bid for a record-extending fifth successive victory in the Al Shaqab Goodwood Cup after he was pulled out of the race due to ground conditions.

Around 33mm of rain fell at Goodwood on Sunday, before an unexpected thunderstorm overnight on Monday caused a further deterioration in conditions, leaving the ground described as heavy, soft in places for the start of the meeting.

Immediately following the first race the Gosden team completed an inspection of the track and decided to not run the seven-year-old. The ground, which was changed to soft, heavy in places after the opening race, was deemed unsuitable for the Bjorn Nielsen-owned superstar. 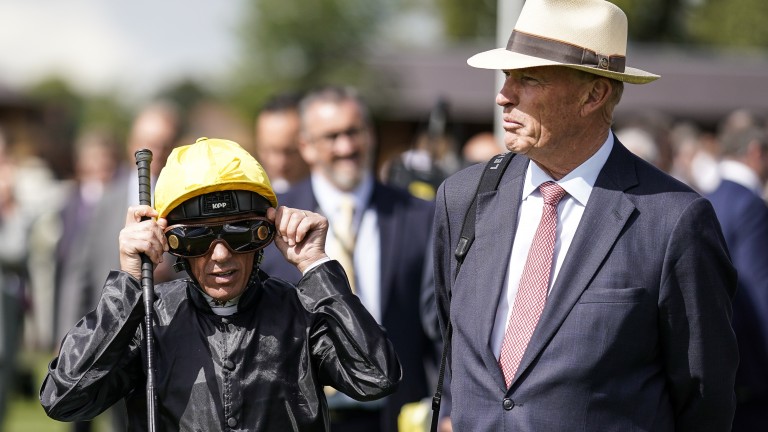 Frankie Dettori: "We don't want to wreck him, he doesn't deserve it"
Alan Crowhurst

"I've walked the track with Thady and it's obvious to me it would not be fair to run Stradivarius on this ground," said John Gosden. "We went out into the country and the stick is going in too far for us to think about running today. The ground is bottomless. He has got an amazing turn of foot but this is going to be a slog.

"We made the mistake of running him on the wrong ground at Longchamp and Ascot. There's no point making that mistake again. We'll now point him towards York next month."

Stradivarius's jockey Frankie Dettori added: "It's sad but he's been so good for this sport and we don't want to wreck him, he doesn't deserve it, so there was no point risking him."

Watch the replay of the Goodwood Cup

There was a total of 32 non-runners across the opening day of the meeting, with the Andrew Balding-trained Spanish Mission, who had been a general 6-1 chance for the Goodwood Cup, also declared a non-runner due to going, leaving a field of eight for the Group 1.

Despite the volume of non-runners Goodwood welcomed a sizable crowd of 12,533 for the opening day of their marquee meeting.

On hand to enjoy the action was the Secretary of State for Digital, Culture, Media and Sport, Oliver Dowden, who said: "It's wonderful to see everyone here again after the terrible dark days we've experienced over the last 18 months. Now, thanks to the vaccine, we are able to start having events like this and it's great to be here to feel the atmosphere." 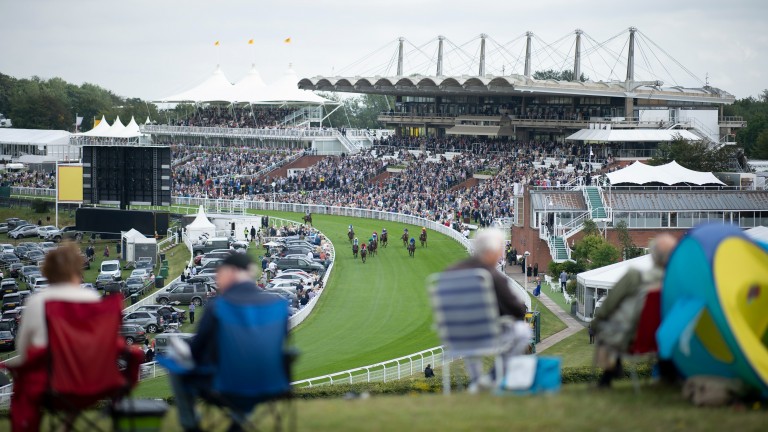 Dettori, famed for his rapport with British racing fans and his signature flying dismount, was another to voice his enthusiasm at the return of packed enclosures.

After his success aboard Angel Bleu in the Vintage Stakes, he said: "I need the crowd as everyone knows, even walking in today the feeling was amazing. I'm in my element."

FIRST PUBLISHED 8:06AM, JUL 27 2021
I've walked the track with Thady and it's obvious to me it would not be fair to run Stradivarius on this ground