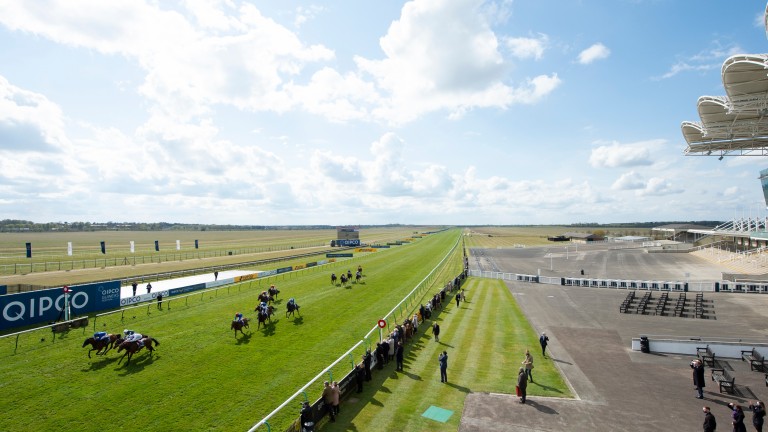 Maggie Carver warned the effects of the pandemic would affect racecourses' ability to invest
Edward Whitaker
1 of 1
By Bill Barber UPDATED 12:22PM, JUN 15 2021

Outgoing Racecourse Association (RCA) chair Maggie Carver has described the process of decision making in British racing as "difficult and cumbersome", and that the structure of the sport should be one of its priority areas for action.

Carver was one of the signatories to the members' agreement in 2015 which set out how decisions were to be made within the sport, but she has called for that to be revisited.

She has also criticised the length of time the sport took to instigate a review of the use of the whip in the sport, with welfare, along with  highlighting revenue generation, the other priorities outlined by her for British racing.

Carver, who is due to step down later this year following six years in the role, was speaking in her introduction to the RCA's annual report published on Monday.

She described the industry as a "patchwork of autonomous businesses" with no single body running racing.

"This complexity, which extends to its unique funding structure, inevitably generates a number of representative organisations, each with their own legitimate, sometimes divergent, interests, which makes decision making difficult and cumbersome," Carver said.

"More evidence-based decision making, refinement of the members' agreement, and greater clarity of roles between the BHA’s regulatory role and its leadership role (the latter requiring the active participation and support of the members) would be very helpful."

Maggie Carver: "It is about generating new betting products, maximising the utility of the fixture list"

Carver said she believed "much good work" had been done in both equine and human welfare, but warned "we know from recent events in Ireland the image of racing is fragile and we need to act with urgency".

She added: "Research shows that 'cruelty' is the second biggest reason why people don't come racing. It should not take, as it has done, five years from the time I first raised it at the members' committee to get a whip review."

Carver warned that the hit to their finances caused by the Covid-19 pandemic would mean that racecourses' ability to invest would be affected "in the short to medium-term".

She added: "Taking revenue generation, this is not just about levy reform this is also about self-help. It is about generating new betting products, maximising the utility of the fixture list, attracting more racegoers, and improving the offering to owners."

The report also confirmed the figure owed to two unnamed bookmakers as part of the authorised betting partner (ABP) agreements signed in 2016.

The bookmakers were granted incentives in the form of rebates by the BHA, RCA and Horsemen's Group (HG) representing British racing.

The BHA has agreed to pay the bookmakers £3.4m between them with the tripartite partners paying a third each, with staged payments running up to the end of 2024.

An upfront payment has already been paid, with the balance of the RCA's share payable by racecourses as a £195 increment to fixture fees between October 1 this year and September 30, 2024.

The RCA said a similar method of raising the funds through fee increases had been agreed between the HG and the BHA.

FIRST PUBLISHED 5:00PM, JUN 14 2021
It should not take, as it has done, five years from the time I first raised it at the members' committee to get a whip review