One horse, one trainer, one jockey and one race to follow on Champions Day 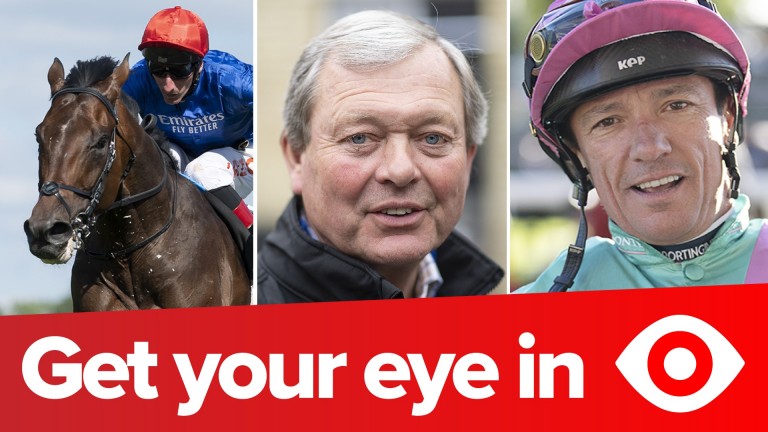 William Buick is chasing his first jockeys' championship, so his eyes must have lit up when he saw Adayar would take his place in a star-studded field for the Qipco Champion Stakes (3.50) at Ascot.

The three-year-old has had a remarkable campaign, winning the Derby and the King George VI And Queen Elizabeth Stakes before finishing fourth in the Prix de l'Arc de Triomphe at Longchamp.

If Adayar still has plenty in the tank after his exertions in Paris this month, he should be a major player in Britain's richest race.

In-form trainer William Haggas has some excellent chances on British Champions Day and his team is led by Baaeed, who attempts to extend his unbeaten record to six in the Queen Elizabeth II Stakes (3.10).

Haggas also holds a strong hand in the Champion Stakes (3.50) with last year's champion Addeybb, Al Aasy and Dubai Honour, whom the trainer described as "intriguing" after he was supplemented for £75,000.

His chances do not stop there as he also runs Hamish in the Qipco British Champions Long Distance Cup (1.25) and Aldaary, who is among the more fancied runners for the Balmoral Handicap (4.30).

Ascot has always brought out the best in Frankie Dettori and he has a typically strong book of rides, beginning with Stradivarius in the Long Distance Cup, with the seven-year-old trying to turn the tables on Trueshan, who beat him comfortably at Longchamp earlier this month.

He then partners Kinross in the Qipco British Champions Sprint Stakes (2.00) before teaming up with Palace Pier, the likely favourite for the Queen Elizabeth II Stakes (3.10) for John and Thady Gosden.

The jockey could end the day on a high in the Balmoral Handicap with Sunray Major, who is favourite after winning at Ascot last time.

The Champion Stakes (3.50) promises to be not only the race of the day but one of the races of the season, as Derby and King George winner Adayar renews his rivalry with Mishriff, who has won a plethora of top races, including the Juddmonte International and the Saudi Cup.

2021 Queen Elizabeth II Stakes at Ascot: the runners, the odds, the verdict

Who will win the 2021 Champion Stakes based on past trends?

FIRST PUBLISHED 1:00PM, OCT 15 2021
The three-year-old has had a remarkable campaign, winning the Derby and the King George VI And Queen Elizabeth Stakes

This was a clash of herculean proportions, now let's hope for many more 'I don't think there's been anything better, and I felt lucky to be there' Plans for Netflix racing series progress as filming begins at European stables What does the Shishkin v Energumene thriller mean for their Cheltenham hopes? Clarence House analysis: start was crucial in giving us the contest we craved 'One of the best I've ever been in' - stunning Shishkin beats Energumene in epic