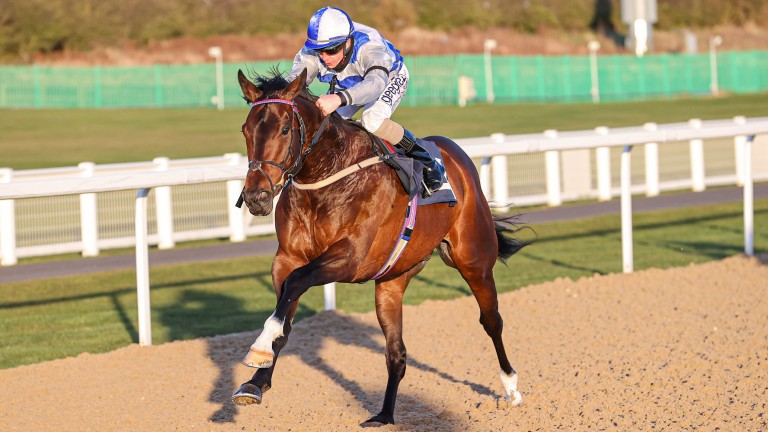 Tasman Bay: recent winner at Newcastle is a promising sort
John Grossick / racingpost/com/photos
1 of 1
By James Burn 11:00AM, APR 14 2021

Sir Mark Todd, who reached the summit as an event rider when striking gold at the 1984 and 1988 Olympics, is dreaming about the most prestigious prize in Flat racing with recent Newcastle winner Tasman Bay.

New Zealander Todd, a giant in the eventing sphere who participated at seven Olympics, winning six medals, trained for a short spell in his homeland at the turn of the millennium before taking out a licence near Lambourn in 2019.

He has hit something of a purple patch this year with six winners from 29 runners and they include Tasman Bay, a 66-1 chance with Betfair and Paddy Power for the Cazoo Derby at Epsom in June.

His credentials for that esteemed prize will be tested at Newbury on Friday in the 1m2f conditions race the mighty Enable was beaten in four years ago.

"He only had the one run at Newbury as a two-year-old and was a great big, raw-boned horse then and it was heavy ground, so we didn't really get much idea, but he ran okay and was sixth," Todd said. 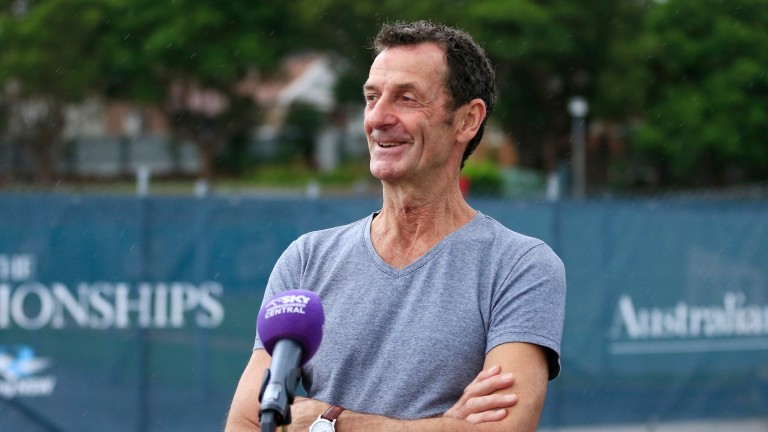 "We went to Newcastle and ran into King Vega, who was rated 106, and won quite comfortably. Whether King Vega's rated higher than his ability or he didn't run to it, I don't know, but I guess we'll find out more at Newbury.

"We'll take our horse along one step at a time. He's a lovely horse by Le Havre out of a Galileo mare, so he's bred to go over ground.

"He's got a massive stride and works like a horse who wants to get over more ground. We're entered at Newbury and I see there are quite a few with Derby entries, and, although it's not a recognised trial, it looks like it's going to be quite strong.

"We'll have more of an idea after where we are."

Tasman Bay has plenty of Epsom pluses in his pedigree as his dam Purely Priceless is by 2001 Derby hero Galileo, who has sired a record-breaking five winners of the great race, while her mother is Peeping Fawn, who was second in Light Shift's Oaks in 2007.

The three-year-old runs in the colours of Sir Peter Vela, whose Eminent was a close fourth in the 2017 Derby.

"He's won big races all round the world, the Caulfield Cup, the Melbourne Cup, and when I was training in New Zealand we just missed out on winning a Group 1 for him there, so it'd be pretty amazing if we could do one over here."

The Wiltshire-based Todd, who has a string of 12 and recorded two top-level victories in New Zealand, went on: "The horses seem to be running well. It's only on the all-weather at the moment and in fairly low-rated races, but at least they are running well. We're a small team, but hoping we might get a few more through the door if we have a few more winners."

Asked if Tasman Bay could be a flagship horse, he replied: "We live in hope and the way he won at Newcastle was quite impressive, even if you don't know about the form at the moment."

Eminent to be trained by eventing legend Sir Mark Todd

FIRST PUBLISHED 11:00AM, APR 14 2021
He's got a massive stride and works like a horse who wants to get over more ground

Are Snowfall and Hurricane Lane as good as they look - or just passing trees? Happy Romance continues as star filly shines for enthusiastic owners Don't mention the score! Hannon closes on dad's Super Sprint tally with Gubbass The Queen is the owner to follow after Friday treble and fabulous fortnight Clive Cox contemplating Glorious Goodwood bid after Caturra comes good Graeme Rodway on how the market can inform punters in Super Sprint