Sam Spinner will put his Gold Cup credentials to the test in Saturday's Charlie Hall Chase against what trainer Jedd O'Keeffe called a "scary" bunch of rivals, including Cyrname, the highest-rated chaser in Britain.

A total of 20 horses feature among the entries for a race won by chasing greats such as Cue Card, See More Business, One Man, Burrough Hill Lad and Wayward Lad and which looks strong in both quality and quantity this year.

"Looking at the entries frightened the life out of me," said O'Keeffe. "I've only very briefly looked at it but horses like Cyrname and Might Bite look very scary, but our intention is to run." 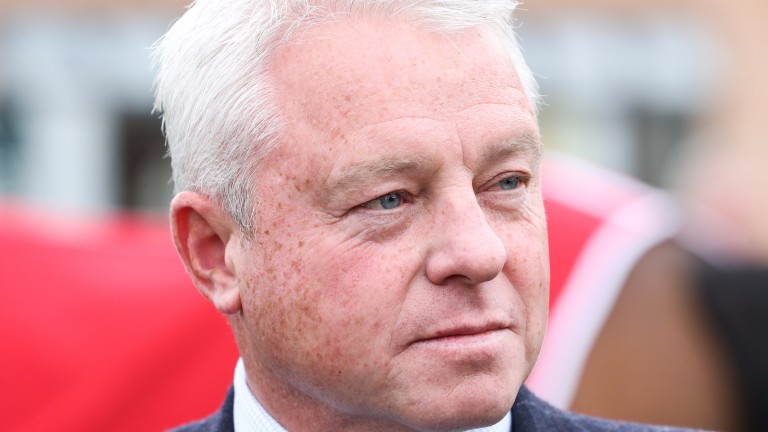 Middleham-based O'Keeffe said he was taken aback when three-time Charlie Hall-winning trainer Paul Nicholls revealed Cyrname was being rerouted from his intended seasonal debut at Down Royal to the Wetherby race.

"I started shaking but we've got to get on with it now," said O'Keeffe. "It seemed an obvious place to start and we've been prepping for this race. We've done everything we can and now just have to find out if he's as good as he was after his injury – and if he ever was good enough."

Sam Spinner is rated a 6-1 chance, with Cyrname the 5-4 market leader with the race sponsors.

Owned by Caron and Paul Chapman, Sam Spinner was runner-up in the 2019 Stayers' Hurdle and looked an exciting recruit to chasing last season, winning his first two starts over fences at Wetherby before overcoming a bad error to land the Grade 2 December Novices' Chase at Doncaster by 38 lengths.

However, that proved to be his last run after a fracture to his pelvis was discovered and he will be returning to the track for the first time in 322 days on Saturday.

"We're treating him like a very good horse," said O'Keeffe about Sam Spinner, who is as big as 100-1 for the Gold Cup. "That would be our target if everything went very smoothly but it's too early to say if he is a Gold Cup horse.

"He's left with some asymmetry over his quarters which you'd expect because it was quite a nasty pelvic injury but he's absolutely fine and has done plenty of work.

"We're short of chasers but Micky Hammond very kindly helped us with two of his handicap chasers to give him some company schooling on Friday and that went really well." 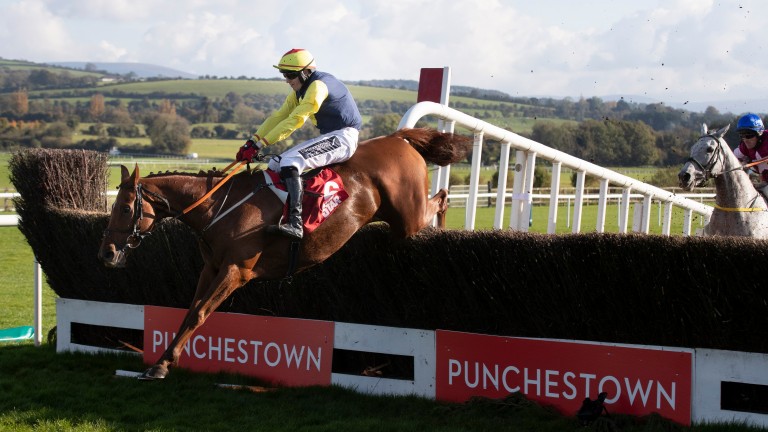 The Storyteller: one of three Charlie Hall entries for Gordon Elliott
Patrick McCann

Elliott has Alpha Des Obeaux, Shattered Love and The Storyteller entered in the Charlie Hall and stablemates Duffle Coat and Longclaw are likely to run in the Listed Weatherbys Hamilton Wensleydale Juvenile Hurdle at the meeting on Friday. Unbeaten Cheltenham Festival winner Envoi Allen is set to make his chasing debut in a beginners' chase at Down Royal the same day.

Elliott said: "The plan is for the two juvenile hurdlers to run at Wetherby on Friday. We haven't decided yet about the Charlie Hall on Saturday. We have Alpha Des Obeaux, Shattered Love and The Storyteller entered up and they all seem to be in good form.

"Envoi Allen runs on Friday at Down Royal. We're happy with him and everything has gone to plan so far."

Stayers' Hurdle hero Lisnagar Oscar is among 19 entries for Saturday's Grade 2 bet365 Hurdle at Wetherby, where the going was described as good to soft on Monday. Further rain showers are forecast during the week.


FIRST PUBLISHED 7:00PM, OCT 26 2020
Looking at the entries frightened the life out of me but our intention is to run

So who wins the Tingle Creek now? Our experts reassess Sandown's big race We can't question Nicky Henderson - but we can still be exasperated by him 'Incredibly disappointing' - Peterborough Chase day cancelled after flooding One key runner to note from each of the eight ITV4 races on Saturday Altior absence leaves Tingle Creek at the mercy of Paul Nicholls-trained pair Superstar chaser Altior a shock withdrawal from Tingle Creek at Sandown