Latest UP FOR GRABS 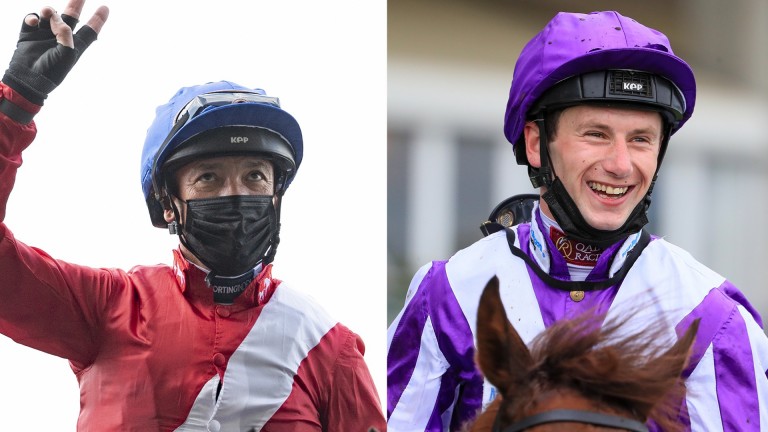 Oisin Murphy currently leads the top jockey standings at Royal Ascot with four winners, but Frankie Dettori is just one behind him and the battle could emerge into a fascinating story on Saturday.

The bookmakers make Murphy an odds-on favourite, as short as 4-9, to maintain his lead with Dettori 2-1 and Ryan Moore the best of the rest at 14-1.

The leading jockey award is given to those with the most winners and if the scores are level, then the title will be settled by the amount of second and third-place finishes. Dettori has won the prize seven times, including in 2019 and 2020.

Such battles are rarely straightforward and there's potential for a few twists and turns throughout Saturday's action...

Murphy vs Dettori: the rides

Oisin Murphy appears to have the better chance here in the form of impressive Goodwood debut winner Masekela. Dettori, meanwhile, takes the ride on the intriguing Reach For The Moon who was second on his only run. 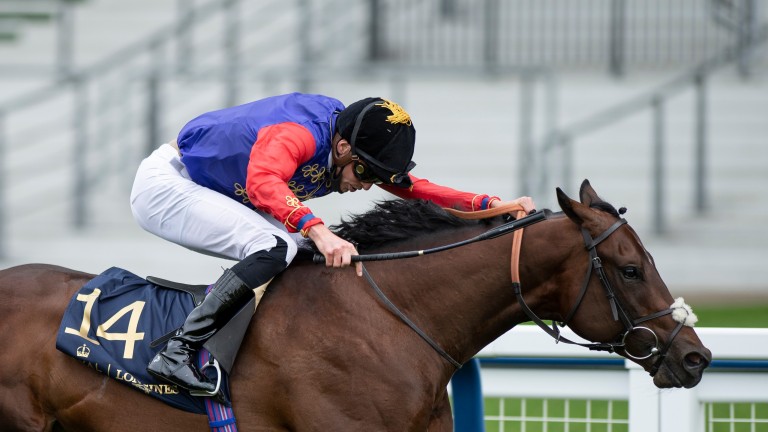 This is a wide-open race but the two jockeys appear to have outside chances. Dettori's Fundamental shaped with promise when second at Listed level last time while Tactical, for Murphy, was a winner at this meeting last season. Advantage Murphy, just.

Dettori was due to ride Logician here but that ride was taken out this morning due to the ground. The champion jockey could take advantage aboard Highest Ground and Murphy interestingly has a 21 per cent strike-rate when riding for Sir Michael Stoute.

The two riders appear to have outsiders again in the final Group 1 of the meeting. Final Song was second at this level in Dubai earlier this season but Dettori's mount was disappointing on her first start in Britain. Happy Power, looking to continue a fine week for the Andrew Balding-Murphy combination, has a bit to prove even if the drop in distance could suit.

Desert Safari is the first of a quality few final rides of the meeting for Dettori, with the Mark Johnston-trained runner certainly considered on the form of his Goodwood win in May. There are ground doubts regarding Above for Murphy.

The first of two significant chances for Dettori as he rides King Frankel, a desperately unlucky second on Derby Day and only 3lb higher in the handicap here. Foxes Tales, for Murphy, disappointed last time but is an interesting unexposed contender.

A fantastic Frankie ended a 30-year drought in the Chester Cup aboard Falcon Eight and the duo team up again in this marathon to close the meeting. That form is arguably the best in the race. Murphy rides Global Heat for Saeed bin Suroor but there are stamina doubts regarding that horse.

Could Ryan Moore cause a final-day surprise?

Perhaps. He has been Royal Ascot's leading jockey on eight occasions and no rider has a better book of rides on Saturday. 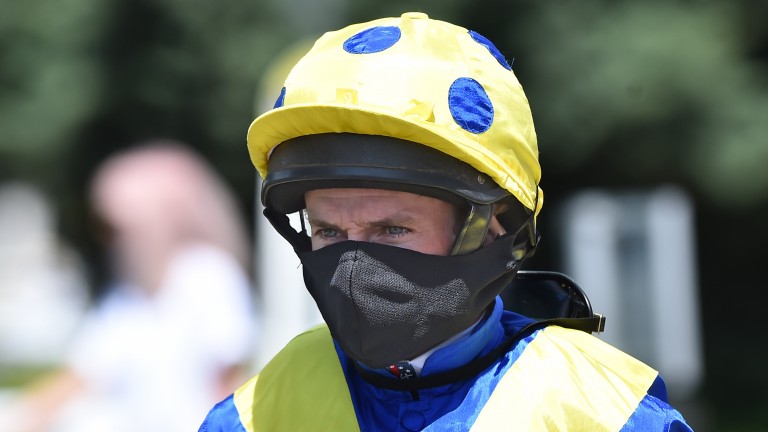 Ryan Moore: has some excellent rides at Ascot
Hugh Routledge

Moore trails with just one winner, three behind the leader, but he also has five second-place finishes on the board which could be crucial in countback.

It would take something very special, but with a jockey as talented as Ryan Moore you would not rule it out...

The leading trainer scores are just as close with John and Thady Gosden ahead on four winners, one ahead of Andrew Balding and two clear of William Haggas. Balding has the best chances of the trio, so that prize could also go down to the wire.

Godolphin remain the only owner to have multiple winners, so they top the leading owner standings. That could easily change throughout the afternoon.