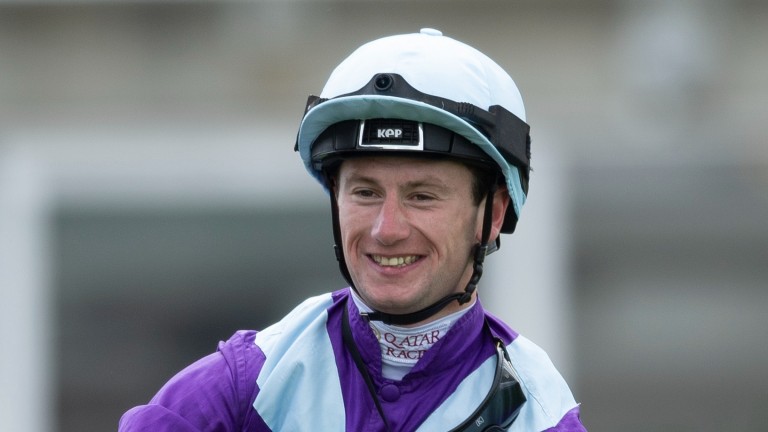 Murphy, who is an avid eventing fan and owns a horse with Townend, heaped praise on the rider and mount Ballaghmor Class after the pair's first Olympic appearance.

Murphy said: "It was brilliant. He's a top man and has put in a lot of work to get there. I've actually ridden the horse as well which is a special thing to have done.

"They performed incredibly well and while I've never competed in an event, I love watching it. I own a bit of an eventer as well. I've always watched Badminton as there was such good coverage of it on terrestrial television but I never thought I'd own one until Oliver roped me into buying one, he's the one to blame for that!"

The team led the competition going into the final phase of the three-day-event following a sensational cross-country performance with all three riders clear inside the time, which gave them enough breathing space in the showjumping to stay ahead of Australia and France, who took silver and bronze respectively.

There was further success as McEwen – whose father is a racehorse vet in Lambourn – and Toledo De Kerser claimed silver in the individual eventing, with Townend in fifth and Collett ninth.

Collett works with difficult horses for trainer William Haggas, who credited her with Dubai Honour's return to winning ways at the Newmarket July festival.

Collett is also known in racing circles for taking on Kauto Star as a dressage prospect following the chaser's retirement from racing.

The equestrian events at Tokyo 2020 conclude on Saturday with the showjumping team finals.

FIRST PUBLISHED 3:19PM, AUG 2 2021
I've actually ridden the horse as well which is a special thing to have done

'When he was right, there wasn't a horse in the world who could beat him' Dettori gets Arc call-up on Love as O'Brien talks up 'class' filly Snowfall 'Small fields are pretty widespread' - Haydock clerk bemoans match race Pulling pints: the racecourse chief forced behind the bar by lack of staff Teona fuels Prix de l'Arc de Triomphe hopes with impressive workout Prix Jean Prat winner Laws Of Indices sold to continue career in Australia