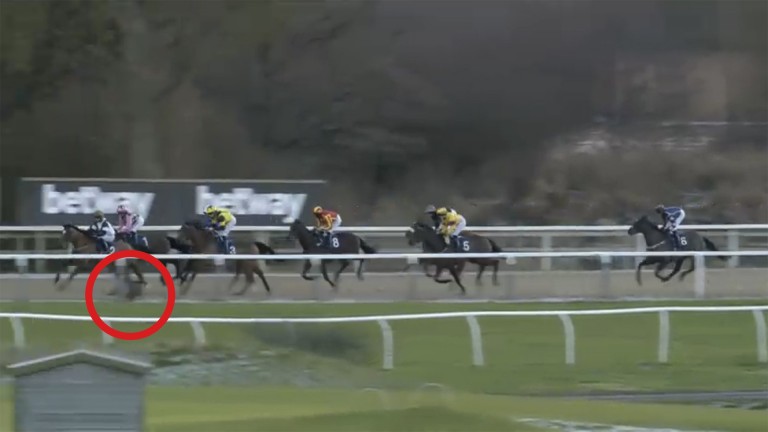 A deer made an unwelcome appearance on the track during Newcastle's opening contest on Saturday evening
1 of 1
By Matt Rennie 7:47PM, JAN 23 2021

Jockey Jason Hart had to be alert to what could have been a potentially nasty incident in the opening race at Newcastle on Saturday evening after a deer entered the track while the race was ongoing.

The deer went underneath the railings onto the Tapeta surface as the eight runners in the 1m4½f handicap made their way down the back straight, which forced the leader Jack Yeats to shy away and jink before being expertly manoeuvred around the deer by Hart without seriously impeding his rivals.

Commentator Alan Howes was eagle-eyed to pick up the presence of the deer and fortunately the runners and riders did not suffer any serious harm in the race, which was won by the Philip Kirby-trained Madeeh under Jack Mitchell.

According to the BHA stewards' report three deer were present at the back straight around six furlongs from the finish, and clerk of the course James Armstrong was relieved the jockeys, horses and deer were unharmed.

Armstrong said: "They're wild animals and they roam about the park and they happened to run out about 50 yards in front of the horses in the first race. 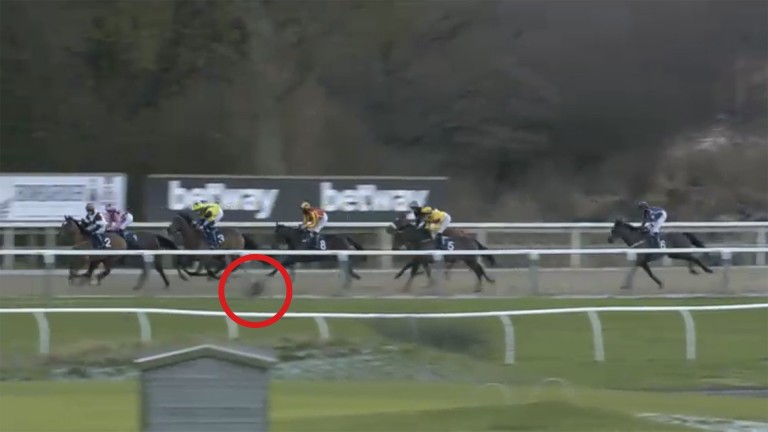 "We have the odd incident but we have people out marshalling and covering the area we know they travel across, but they're wild animals and they roam about. There's not really a lot we can do other than drive round and check they're not out during racing.

"Obviously you can't cover every area of a vast expansive area of acreage." 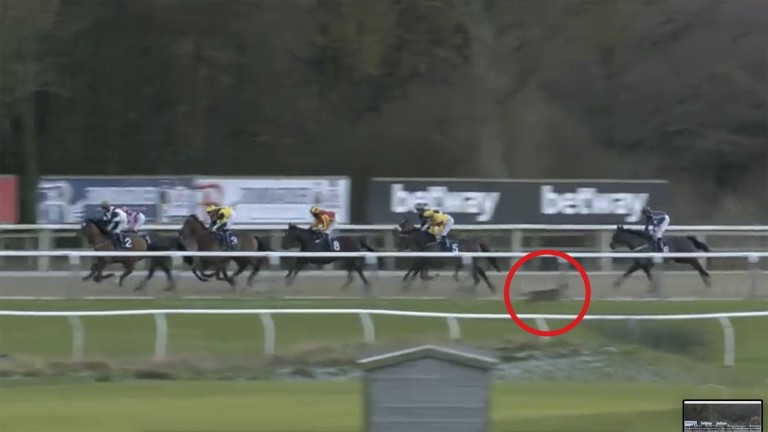 The deer scoots away from the track, with none of the jockeys or horses greatly affected by its antics

It is not the first time the deer have threatened to cause carnage at a Flat meeting at Newcastle, with two intruders leaping across the track in January 2018.

Animal invasions on racecourses are not as rare a sight as some may think – most frequently by dogs – which happened with an escaped greyhound that chased the Sky Bet Chase field at Doncaster nearly two years ago. 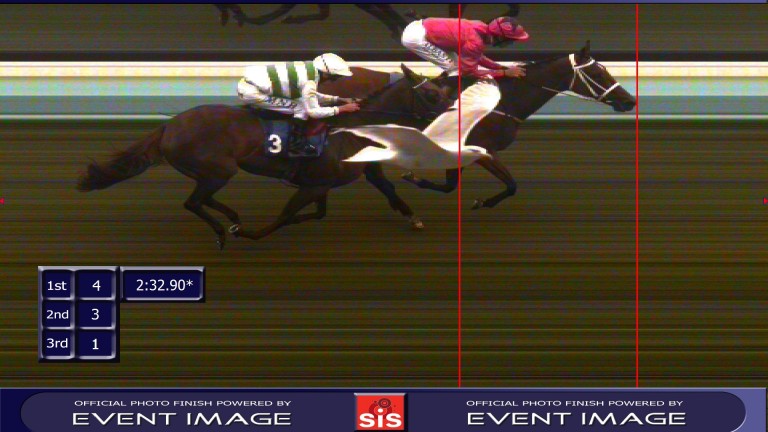 A seagull swoops as the runners pass the line at Brighton

In March 2019, two rabbits took centre stage in a rather uncompromising position at Dundalk, while in 2014 a seagull swooped to be involved in a photo-finish at Brighton.

Perhaps the most bizarre incident came in Australia, when a kangaroo threatened to cause chaos by joining in with a race in New South Wales in 2017.

Read about other animal intrusions . . .

Deer, oh deer - intruders leap across the track in the opener at Newcastle

FIRST PUBLISHED 7:47PM, JAN 23 2021
We have the odd incident but we have people out marshalling and covering the area we know they travel across, but they're wild animals and they roam