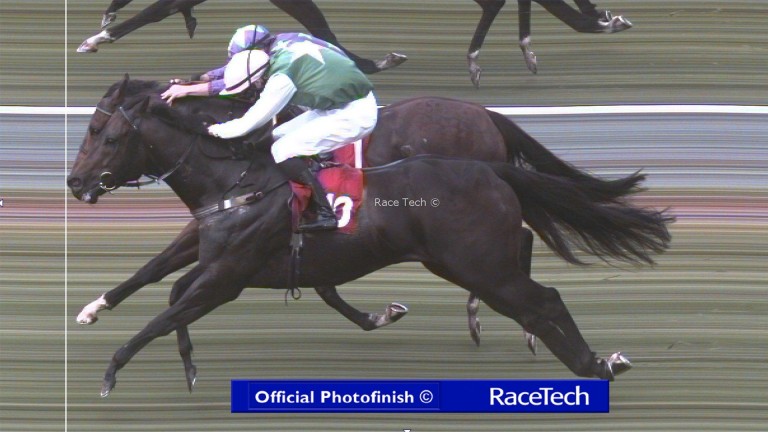 William Haggas declared it was “baffling” how the judge at Sandown was able to call the winner of the disputed photo-finish to the 5f handicap before stewards intervened to rule the result was a dead-heat due to a wonky mirror.

The trainer said it was likely he would appeal the decision on behalf of the connections of Hurricane Ivor, who finished fast to force a photo with Phoenix Star but was called the runner-up by Jane Green, the Sandown judge.

However, the result was quickly queried after two frames of the finish – the initial photo and the mirror image – appeared to contradict the judge’s decision to award the race to Phoenix Star, with Hurricane Ivor’s nose clearly in front on the line.

Yet, with an embarrassing amendment to the result appearing likely on Sandown’s biggest Flat raceday of the year, it was then relayed by the stewards that the reverse image could not be trusted. The mirror at the finish was misaligned which, according to officials, meant the photo did not provide an accurate reflection of the situation.

With just the original photo to work from, stewards at Sandown declared the result a dead-heat, believing there was insufficient evidence to split the two horses, in a reversal to the original call.

Haggas, who trains Hurricane Ivor for owner Fiona Carmichael, said: “I'm sure there will be an appeal from some quarter, probably from us. Most people seem to think we won the race but it's pretty impossible to know, really. 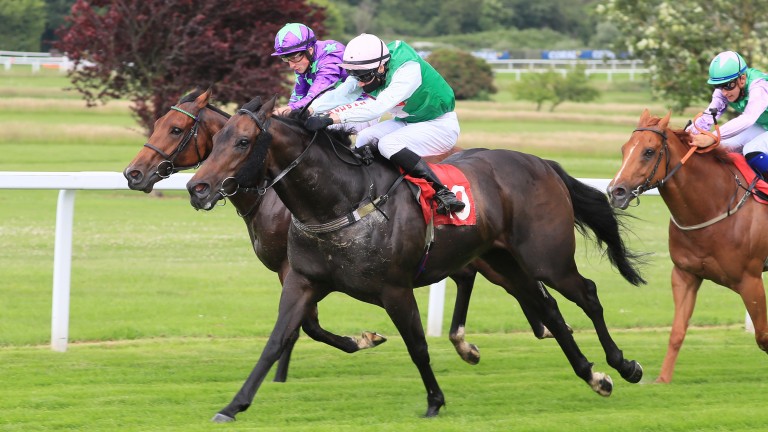 “What I will say is I find the original decision to declare the other horse the winner to be baffling. I've not yet seen any image that suggests he won.”

A spokeswoman for RaceTech, the firm responsible for the photo-finishes, said that there were no issues with the photo-taking mechanism and that the equipment and mirror had been checked “thoroughly before racing by an experienced operator”, but that the mirror may have been knocked between the inspection and the race.

Shaun Parker, the BHA’s head of stewarding, said: “A photograph has been broadcast that shows a difference between the two horses at the line, but that's the mirror image and it isn't correct.

"The issue is the mirror image, which is out of alignment. That's something that happens very rarely. You can see from the picture that the third and fourth don't line up on the line on the mirror image, either.

"We had to discard the mirror image and we couldn't separate the two horses on the normal image, the actual photo, so it's a dead-heat. We now need to hold an inquiry to determine why it happened."

Punters and bookmakers at Sandown expressed frustration at the mix-up, with several highlighting that previous mistakes with photo-finishes had occurred at the course and elsewhere.

Sam Ingley, a racegoer from Leicestershire, said: “I backed Phoenix Star. I was sat up there and thought it was beat so was quite shocked when they called it the winner.

“I wasn't going to argue but when I went to collect they explained the result might be changed. I'll take a dead-heat – essentially it's money for a horse who looked like he was beat.”

On-course bookmaker Benny Jones bemoaned the apparent eagerness to call the result of the photo, while another bookmaker said there needed to be an investigation into “why they repeatedly keep on making mistakes” at Sandown.

Jones added: “It's happened before here and the biggest problem is there is never an apology. They make a mistake and revise the result and it's about time they become a little more user-friendly to their paying customers, of which we are one. They need to take a little more time over calling the result.”

Paddy Power and Betfair Sportsbook are paying out both horses as winners.

FIRST PUBLISHED 1:40PM, JUL 3 2021
Most people seem to think we won the race but it's pretty impossible to know, really