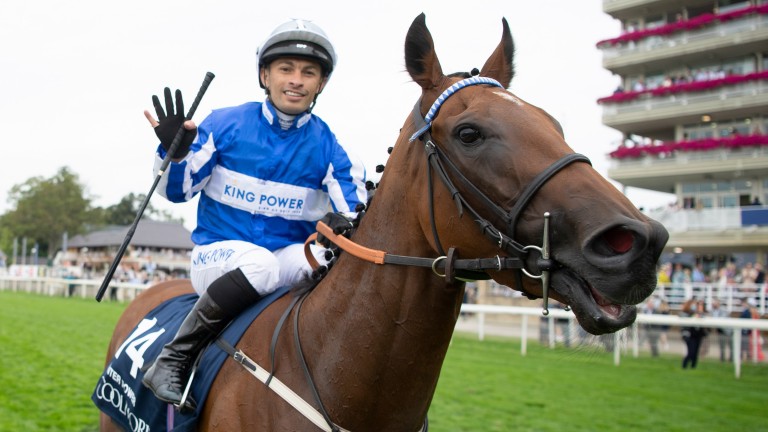 Two of the fastest females in British racing are set to scorch the Curragh turf on Sunday, with Nunthorpe heroine Winter Power confirmed to take on defending champion Glass Slippers in the Group 1 Derrinstown Stud Flying Five Stakes.

A tilt at the Prix de l'Abbaye at Longchamp is still in the reckoning for the Tim Easterby-trained filly, who King Power's racing manager Alastair Donald believes should be well suited by the Curragh's five-furlong test.

"There aren't many Group 1s over five furlongs so we've got to take a chance," said Donald of the filly who got the better of Sprint Cup scorer Emaraaty Ana last time. 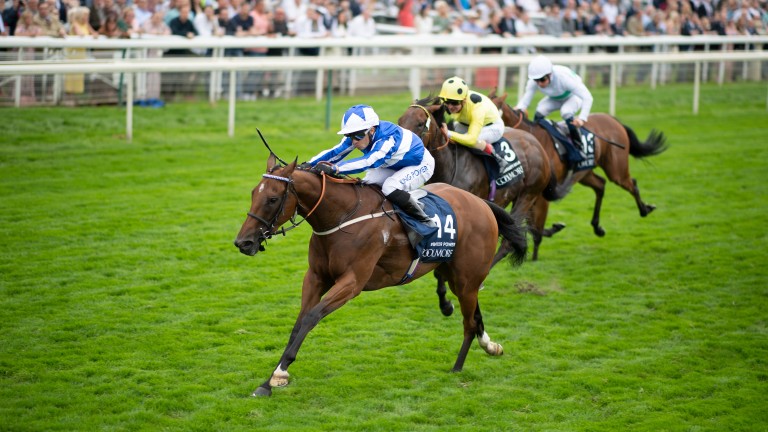 Alastair Donald on Winter Power's autumn schedule: "There's still three weeks after the Curragh until the Abbaye so there's no reason why she can't do both"
Edward Whitaker

"She came out of York well and took a lot of racing last year. There's still three weeks after the Curragh until the Abbaye so there's no reason why she can't do both."

He added: "She goes on all ground, has won up the hill at Newmarket and is very exciting. Hopefully there's still more to come.

There were no major surprises in the fields revealed for Leopardstown and the Curragh this weekend, though the Ger Lyons-trained pair of Cairde Go Deo and Georgeville were supplemented for the Moyglare Stud Stakes and Clipper Logistics Boomerang Mile respectively.

After an 11th-hour setback saw St Mark's Basilica ruled out of the Juddmonte International, Aidan O'Brien appears to be covering all bases for Saturday's Irish Champion Stakes, responsible for seven of the 13 still in contention. 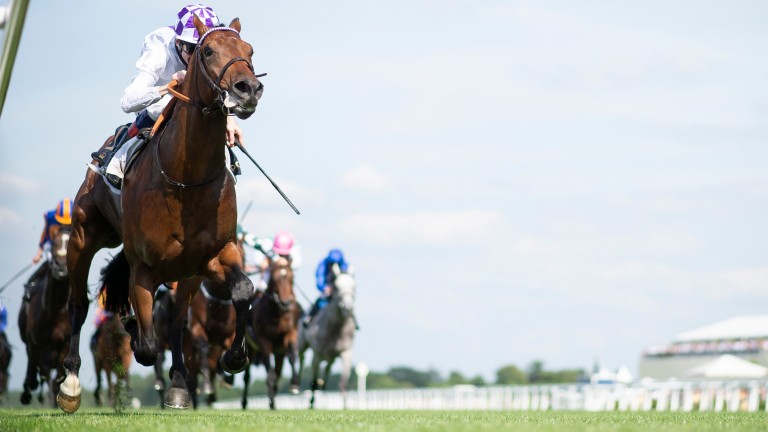 The Ballydoyle trainer suggested last week the brilliant Eclipse scorer would be comfortable taking on Tarnawa and Poetic Flare without the company of stablemates, but Snowfall, Love, Bolshoi Ballet, Innisfree, Armory and Joan Of Arc were also left in the €1 million event on Tuesday.

Unsurprisingly, globetrotting giants Mishriff and Addeybb were removed at the forfeit stage, as well as top-level performers such as Helvic Dream and Cadillac.

Trainer Jessica Harrington said of the latter: "I'm not sure where his next start will come but this was just a bit too soon after his last run at Saratoga."

FIRST PUBLISHED 5:00PM, SEP 7 2021
She goes on all ground, has won up the hill at Newmarket and is very exciting. Hopefully there's still more to come

'Everybody had a fair chance' - new cutaway rail at Leopardstown gets thumbs up 'He's got a huge future' - could Glounthaune follow in Poetic Flare's footsteps? It will be strange without Poetic Flare - but let's hope he continues to thrive Classic prospect Sissoko has Donnacha O'Brien dreaming of Epsom glory Ryan Moore: 'I try not to offend anyone but for me it's always about the horses' Next up: key quotes as the sprint crown is up for grabs at Ascot