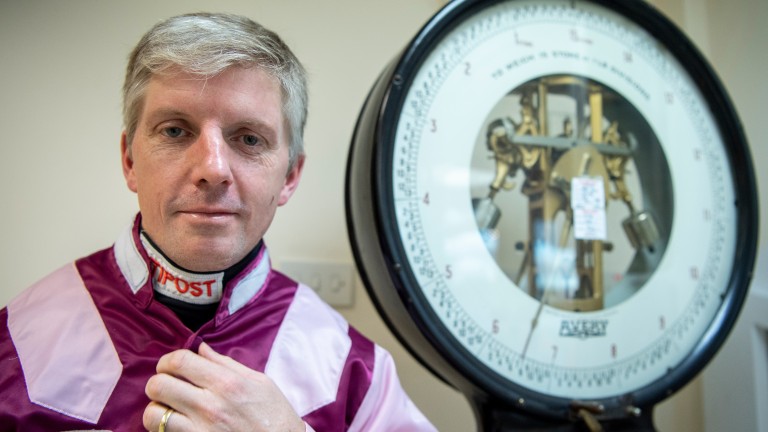 Noel Fehily is confident of returning to action in the next week or ten days after suffering a setback in his recovery following the removal of his appendix three weeks ago.

The multiple Cheltenham Festival-winning rider returned to the saddle two Fridays ago after undergoing emergency keyhole surgery on January 12. He took one ride at Huntingdon and then rode Black Op to finish third in the Cleeve Hurdle at Cheltenham the following day, but began to feel unwell again shortly afterwards.

He was eventually readmitted to hospital in Swindon on Tuesday. The complication turned out to be a blockage in his small intestine and he was facing a six-week layoff if further corrective surgery was required.

However, Fehily, who but for his setback would have ridden his 2017 Champion Chase-winning partner Special Tiara at Leopardstown on Saturday, when the 12-year-old suffered a fatal injury, received treatment to manage the pain and his condition finally began to improve of its own accord on Friday.

The 43-year-old, who broke through the century barrier in each of the last three seasons and has 33 wins to his name this term, was released from hospital on Sunday.

“I'd been feeling fine and wouldn’t have ridden otherwise,” he said of the period leading up to his return to the saddle last week.

“But my surgeon said this is something that can happen after you’ve had your appendix removed, so it wasn’t the case that I went back too soon.

“I was in a lot of pain and was due to undergo surgery on Friday morning, but the snow prevented one surgeon from getting to the hospital and my surgeon then had to prioritise something else. By the time he got to me things had improved so it worked out well, as it was better that things sorted themselves out naturally."

Fehily added: “In the end the whole thing has taken longer than expected to get over, but I’ve been looked after really well and I’ve turned the corner now, so hopefully I'll be able to ride again in the next week or ten days.”

FIRST PUBLISHED 9:33AM, FEB 3 2019
The snow prevented one surgeon from getting to the hospital and my surgeon had to prioritise something else. By the time he got to me, things improved