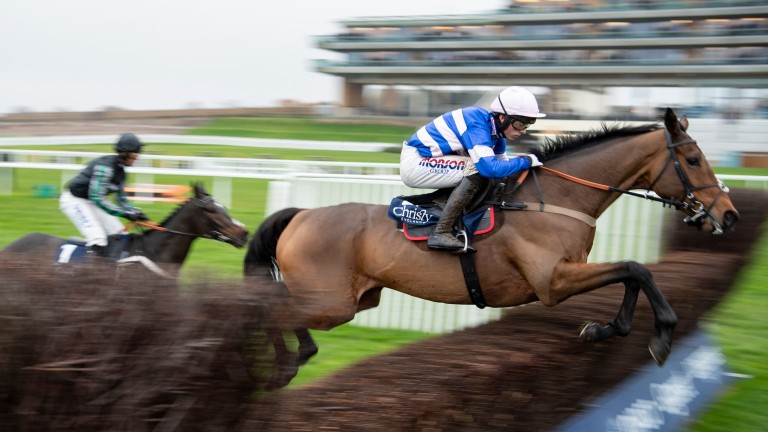 Cyrname: rated 177 after beating Altior at Ascot two years ago
Edward Whitaker (racingpost.com/photos)
1 of 1
By David Carr, Racing writer of the year 7:00AM, NOV 19 2021

Top-class chaser Cyrname has had his retirement put on hold as the anniversary of his most famous victory approaches.

The nine-year-old, who beat Altior in a hugely anticipated clash at Ascot in November 2019 to reaffirm his place as the best chaser in Britain, has had an operation on his wind and is set to return to action next spring.

Paul Nicholls had hinted that Cyrname could "gracefully retire" after a hugely anti-climactic reappearance at Wetherby, where a breathing issue caused him to be pulled up when seeking a repeat win in the Charlie Hall Chase last month.

But the trainer revealed on Thursday that he is set to race on and said: "Cyrname underwent a wind operation yesterday – he had a tie-forward operation. He won't be back until the spring.

"He bounced out of the Wetherby race really well and there was no suggestion in the way that he is that he really needed retiring. He's only nine years old." 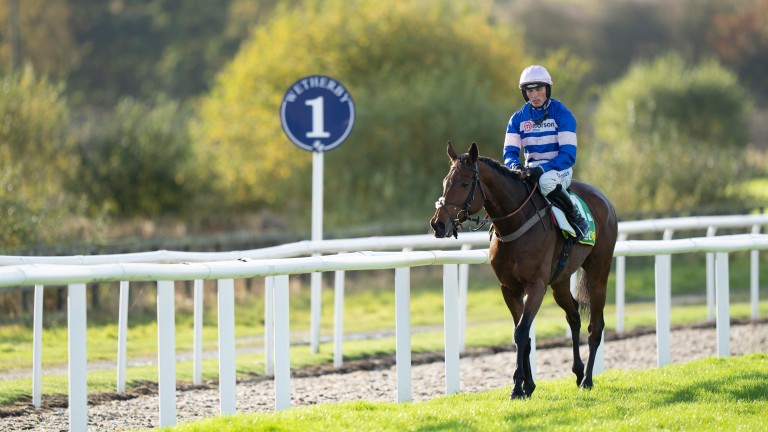 Cyrname has had wind surgery twice previously, including prior to his ending of Altior's 19-race winning streak when the two top jumpers in training took each other on in the Christy 1965 Chase at Ascot two years ago on Tuesday.

He came out on top by two and a quarter lengths that day from a rival who was retired by Nicky Henderson this September.

Two years on, recent West Yorkshire Hurdle fifth Master Tommytucker will switch back to fences in a bid to give Nicholls an eighth win in the 1965 Chase on Saturday.

"He's had lots of practice over fences since he ran at Wetherby," the trainer said of Sam Twiston-Davies' mount. "That run would have taken the freshness out of him, he always needs a run and that'll put him just right.

"The trip and ground are perfect so hopefully he'll run very well. He ran well there in February in the Ascot Chase. Sam gets on well with him."

FIRST PUBLISHED 7:00AM, NOV 19 2021
He bounced out of the Wetherby race really well and there was no suggestion in the way that he is that he really needed retiring

Cleeve contender McFabulous 'a nice each-way price' for Stayers' - Paul Nicholls Harry Derham's touching tribute to 'handsome, brave and bold' Master Tommytucker Shishkin v Energumene round two could be 'even more exciting' - Henderson Shishkin is triumphant on a day when it was good to have shares in goosebumps 'I don't think there's been anything better, and I felt lucky to be there' 'He probably thought he was Shishkin' - Yala Enki claims third Portman Cup win