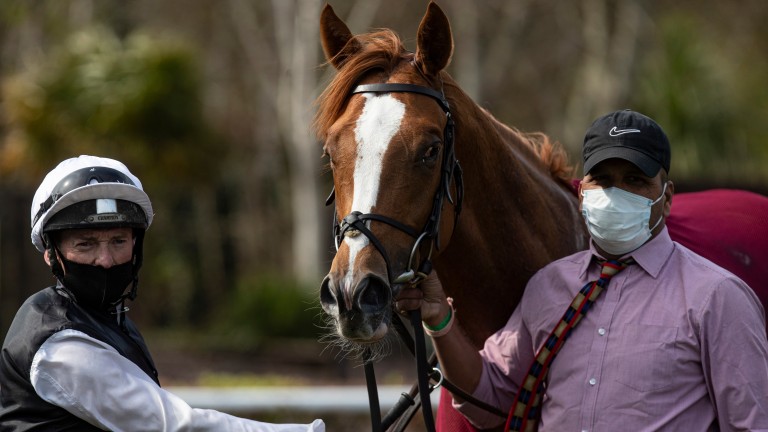 Kyprios: one of two runners in the Lingfield Derby Trial for Aidan O'Brien
Patrick McCann (racingpost.com/photos)
1 of 1
By Maddy Playle UPDATED 11:42AM, MAY 6 2021

High Definition may have been scratched from Lingfield's Novibet Derby Trial (2.50) on Saturday, but Aidan O'Brien has declared both Kyprios and Carlisle Bay, who will both race in cheekpieces for the first time.

O'Brien last won the race in 2019 with subsequent Derby hero Anthony Van Dyck, while his other winners include Kilimanjaro, Nevis, Age Of Aquarius and Alessandro Volta.

Up against the pair is Godolphin's Adayar, who caught the eye when staying on to be a close second to Alenquer in the Classic Trial at Sandown. 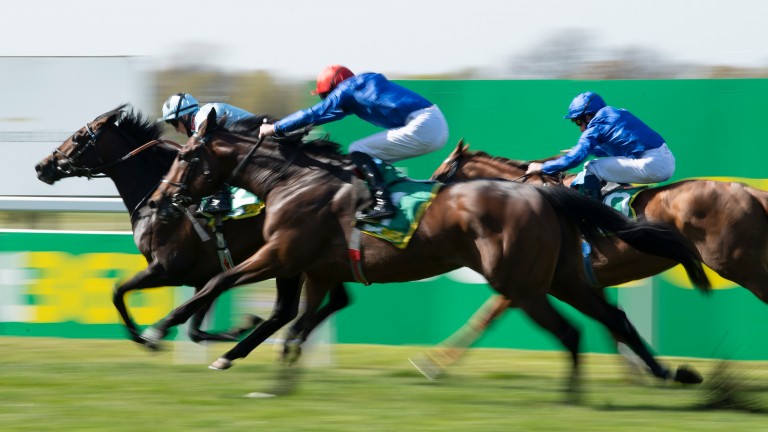 Last year's Royal Ascot winner Chiefofchiefs is among 29 horses confirmed for the Tote+ Victoria Cup (3.40) at Ascot on Saturday.

The Charlie Fellowes-trained eight-year-old is likely to be towards the top of the market for the competitive seven-furlong handicap.

Hugo Palmer has booked Tom Marquand to ride unexposed four-year-old Acquitted, while Group 2 winner Fox Champion will be of interest at this level. 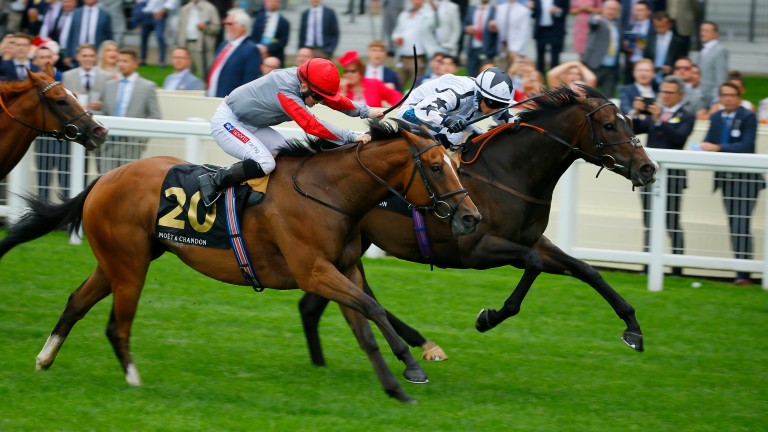 Keyser Soze won at the track last month and is back for more, as are Ascot regulars Raising Sand, Escobar, Kaeso, Greenside and River Nymph.

A field of 17 have been declared for Saturday's feature at Haydock, the Pertemps Network Grade 3 Swinton Handicap Hurdle (3.10).

Aintree winner Rowland Ward renews rivalry with Camprond and Copperless, while Nicky Henderson runs Hooper, who will be bidding for a four-timer, and Paul Nicholls relies on John and Jess Dance's Celestial Force.

Derby clues in the Dee Stakes? What you need to know for Thursday's racing

FIRST PUBLISHED 11:23AM, MAY 6 2021
Up against the pair is Godolphin's Adayar, who caught the eye when staying on to be a close second to Alenquer in the Classic Trial at Sandown

Ryan Moore: 'I try not to offend anyone but for me it's always about the horses' Trainers' title race blown wide open - and we might just have a fairytale winner How Dubawi's first stakes winner inspired the mating behind the brilliant Adayar Adayar success a massive boost for King George, Godolphin and racing Echoes of Galileo in Adayar's King George triumph - but will he go the same way? 'She's very much the matriarch' - You'resothrilling a true blue hen for Coolmore