There may be no Enable but another John Gosden-trained evergreen superstar could line up on Qipco British Champions Day, with Stradivarius among 15 remaining entries for the Long Distance Cup.

The champion stayer is the general 4-6 favourite for the Group 2  ahead of Irish St Leger winner Search For A Song, who ranks as a 5-1 shot. Fujaira Prince at 7-1 and Doncaster Cup winner Spanish Mission add further depth to a competitive opening contest.

Palace Pier, who sits atop the market at 8-11, could face 2,000 Guineas and Joel Stakes winner Kameko, Sun Chariot scorer Nazeef and French raider The Revenant as 18 remained at the five-day stage.

Mishriff is the 5-2 favourite for the Champion Stakes but may face  the Aidan O'Brien-trained 9-4 shot and last year's winner Magical, along with Addeybb and Lord North. Benbatl still has the option of both races. 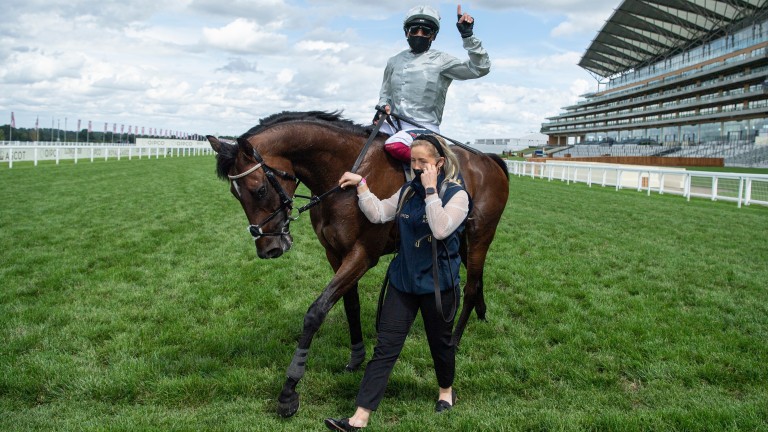 A total of 14 remain in the Fillies & Mares, for which Enable was under consideration until the announcement of her retirement on Monday.

Magical has assumed favouritism in her absence, from Dame Malliot at 9-2 and Wonderful Tonight, a general 5-1 shot.

The Sir Michael Stoute-trained Dream Of Dreams, a revelation this year since being gelded, is the 6-4 favourite among 19 entries for the Sprint, for which Oxted and One Master are chief among opposition.

Two Listed winners at the weekend, Jouska, successful at Newmarket for trainer Henry Candy, and Onassis, a Goodwood scorer for Charlie Fellowes, have been supplemented for the Sprint.

The famous green, pink and white silks of Khalid Abdullah may only be represented in the Balmoral Handicap by Blue Mist and Tempus, with Logician pulled out of the Long Distance Cup and Champion Stakes and Siskin removed from the Queen Elizabeth II field.