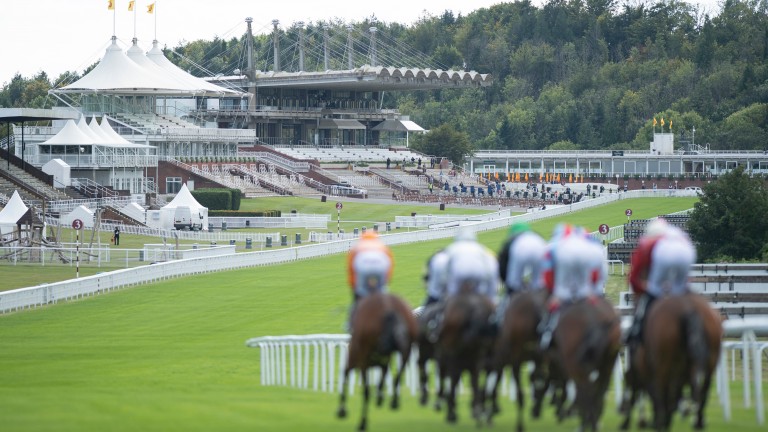 The government's decision to cancel a trial of 5,000 racegoers at Glorious Goodwood on Saturday will cost the track a six-figure sum according to its supremo Adam Waterworth, who described himself as "gutted" by the announcement.

Waterworth, managing director of sport at the Goodwood Estate, also warned trials would have to start soon if crowds are to be allowed back into sporting events from the intended date of October 1.

No trials will take place before August 15 at the earliest after Prime Minister Boris Johnson conducted a briefing at Downing Street on Friday morning when it was announced the next wave of planned changes would be delayed following a rise of Covid-19 cases across Britain.

Saturday, which features the Unibet Stewards' Cup, was set to be the first time since March that racegoers, mostly made up of Goodwood members, would be present on course.

However, a deflated Waterworth said on Friday: "The Prime Minister announced that, due to the increasing infection rates nationally, they've postponed all the measures they had announced starting on August 1. So, along with the other various bits that were due to start, pilots of sporting events, have been postponed for two weeks.

"The obvious upshot is our day tomorrow goes ahead behind closed doors and we won't be able to let in the crowd as we hoped. I'm gutted to be honest, especially for the team and our ops manager Sarah Bullen, who has been an utter star at eight months pregnant.

"We were all ready to go, but there's nothing we can do and DCMS [Department for Digital, Culture, Media & Sport] mentioned it should be no reflection on Goodwood.

"We were always aware a local flare up could have had an impact and we've been watching the news and seeing flare ups and rates increasing, but we were hopeful because the West Sussex rates are low and remain relatively low, we might be able to carry on, but we were given the heads up that DCMS had been told this would happen.

"We got the news five minutes before everyone else did."

I know the huge efforts cricket, snooker & horseracing have made to welcome fans back

We’ll keep working together on their safe return asap

At the briefing, Johnson said: "At every point I have said our plan to reopen society and the economy is conditional, that it relies on continued progress against the virus and we would not hesitate to put the brakes on if required.

"With those numbers creeping up our assessment is that we should now squeeze that brake pedal in order to keep the virus under control.

"On Saturday August 1 you will remember we had hoped to reopen in England a number of the higher risk settings that had remained closed and today I'm afraid we are postponing those changes for at least a fortnight.

"That means until August 15 at the earliest casinos, bowling alleys, skating rinks and the remaining close contact services must remain closed.

"Indoor performances will not resume, pilots of larger crowds in sports venues and conference centres will not take place."

The planning Goodwood has done could make it a frontrunner for any forthcoming trial. But Waterworth is happy for that to fall to another site, as long as racing and sport are ultimately the beneficiaries.

He added: "I think it will be done on dates and it should be done on dates because whoever happens to be the first meeting that can put a crowd together safely should go - it's not about the kudos of the racecourse, it's about making progress as quickly as we can.

"We would be in a position, but if it means waiting a week to do the trial, I'd say, 'Don't. Get the trial as early as possible and learn the lessons'.

"The thing about the pilot was as much about next week and the feedback and getting the guidelines to work for sport and horse racing in our case.

"The sooner we can run a pilot and see what works and doesn't work, the better for all of us.

"We weren't just horse racing. This was a pilot for the whole of sport. Cricket got a couple of days in recently, but we were the big one. We'd been asked to try with larger numbers. The Prime Minister's announcement [for crowds returning] was October 1, so I'd really hope this doesn't have any impact on that date, but a lot of work goes into this. For us it was significant and it's really important for sport to run some trials and get the guidelines where we need to be." 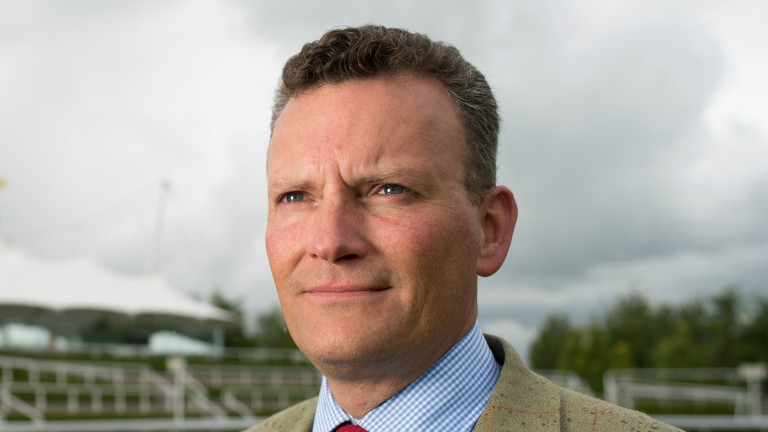 Adam Waterworth: "The thing I've missed most is the reception those horses deserved and should have got"
Edward Whitaker

Waterworth, who used to work at Doncaster and has plenty of experience in racecourse management, continued: "It's a big kick. There was a bit of light there, or there was for me. Maybe I was getting carried away having thought we'd done it. You thought this week when Stradivarius came in after the Goodwood Cup and perhaps with Battaash later, the thing I've missed most is the reception those horses deserved and should have got.

"I knew with the team here we could have delivered tomorrow exactly to the guidelines and knew it would have been a success and hopefully helped William Derby at York with a trial for the Ebor and Mark Spincer at Doncaster for the St Leger. Hopefully they still can  and there's an opportunity for racing to show it can do this because if you're going to hit October 1 they're going to have to run some trials pretty quickly."

Of the financial burden, he added: "It's cost us six figures. Members weren't paying, but there are some refunds because we were doing picnic hampers, although it was never about the money. We weren't making massive revenues out of this. We didn't mind spending the six figures if it advanced our causing and I'm not pretending to be Mother Teresa as it would have benefited us because eventually we'd have got a crowd sooner by showing racecourses could do it safely.

"I think there's a conversation to be had with DCMS about the costs incurred to carry out this pilot and not delivering it. It's a huge sum in a year that our profit and loss figure doesn't have a P and the L figure is getting bigger."

David Armstrong, chief executive of the Racecourse Association, added: "We understand and respect the issues raised within the Prime Minister’s announcement and have always maintained that public health has been paramount to any event, be it racing resuming behind closed doors or with crowds.

"The work undertaken by the sport, and especially the Goodwood team, to bring the safety protocols to life has been very thorough and detailed. It's worth reiterating there were no concerns with the protocols put in place by the sport and Goodwood Racecourse and we wish them the very best for the final two days of the Qatar Goodwood Festival which will take place behind closed doors.

"The RCA will continue to work closely with Government to plan future pilot events to welcome back crowds subject to the latest public health advice."

FIRST PUBLISHED 12:37PM, JUL 31 2020
I knew with the team here we could have delivered tomorrow exactly to the guidelines and knew it would have been a success