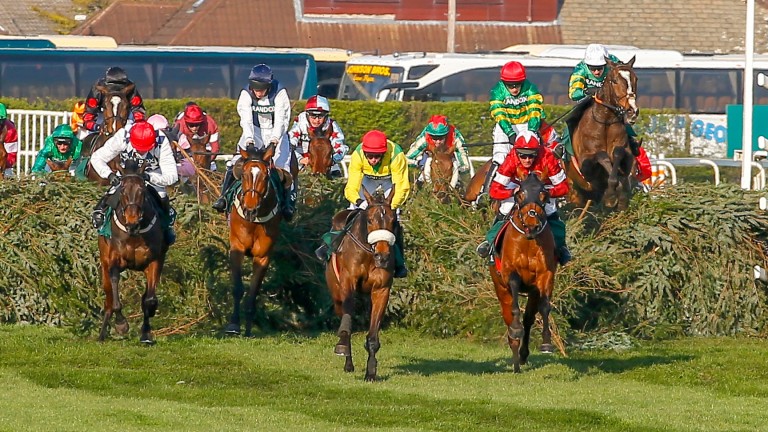 The Grand National at Aintree will remain in its scheduled slot on Saturday, April 10
Mark Cranham (racingpost.com/photos)
1 of 1
By Peter Scargill UPDATED 7:10PM, FEB 25 2021

The Randox Grand National meeting will remain in its scheduled position of April 8-10 after the Jockey Club said there was not a "solid enough basis" for moving the dates, or the Grand National itself, until after betting shops in England are scheduled to reopen on April 12.

There had been calls this week from trainers and bookmakers to consider shifting the Grand National, the single biggest betting race of the year, to after the proposed date for the reopening of non-essential retail by the UK government to provide a potential boost to racing’s finances through additional levy payments.

The Jockey Club, owner of Aintree, said it has "reviewed multiple aspects" before opting against the move, with bookmaker trade body the Betting & Gaming Council (BGC) labelling the decision a "disappointing blow".

Dickon White, who oversees Aintree in his role as Jockey Club north west regional director, said the organisation had considered factors such as the financial, health and perception implications of changing dates, alongside the impact it would have on racing's fixture list.

The racecourse also spelled out the uncertainty surrounding whether England would move into phase two of the government's roadmap on April 12, which is dependent on ministers being satisfied with infection and vaccination rates. 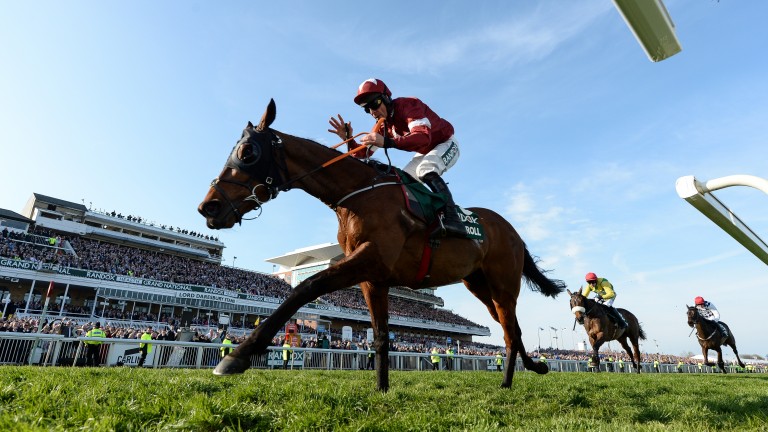 He added: "With timings fluid and several downsides of delay as well as some upsides that may or may not happen, there is not a solid enough basis to move one of the biggest racing fixtures in the calendar just six weeks out. Therefore, the three-day meeting will remain in its planned April 8-10 slot.

"It has been interesting to listen to views on this and we are always happy to do so. The Randox Grand National is the people's race and it is a shame that those wishing to have a flutter this year will be limited to online and mobile platforms, rather than being able to drop into the bookies.

"With the national vaccination programme underway, including using facilities at Aintree racecourse, we very much hope our way of life can return in th e fullest sense just as soon as possible."

'This news is a disappointing blow'

The BGC had hoped the Grand National would be delayed and estimated racing would benefit from as much as £1 million in additional levy income, although a figure that high is understood to be disputed by the Jockey Club.

Michael Dugher, BGC chief executive, said: "Whilst we of course respect the decision of the Jockey Club, this news is nonetheless a disappointing blow. Briefly delaying the race could have provided a much-needed boost to racing, to the high street and to millions of punters who support this great sport.

"Races are routinely rescheduled, including most recently because of bad weather. Of course there is always a risk with any decision, but I regret that a 'can do' approach did not prevail in this instance. This decision will also surprise many people who understand the challenging financial climate racing currently faces."

FIRST PUBLISHED 4:07PM, FEB 25 2021
There is not a solid enough basis to move one of the biggest racing fixtures in the calendar just six weeks out