Nightmare for the bookies as all seven favourites win at Plumpton 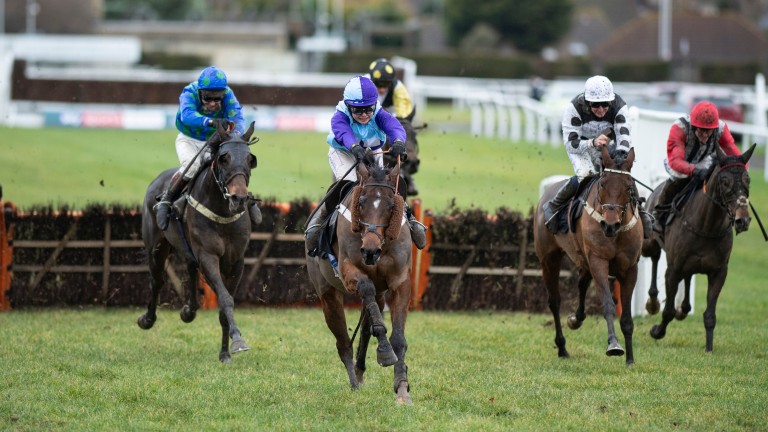 Another favourite goes in as Scrutinise wins the handicap hurdle at Plumpton
Edward Whitaker
1 of 1
By James Hill UPDATED 7:32PM, DEC 16 2019

Bookmakers experienced a nightmare before Christmas at Plumpton on Monday as all seven favourites on the card won.

The Venetia Williams-trained Mountain Leopard landed the final race of the afternoon, the 2m½f bumper, at 5-2, completing a fabulous day for punters at the Sussex track.

But it was anything but fabulous for the bookies, who watched Highest Sun (5-6) land the odds in the opening novices' chase, and the market leaders did not miss the target after that.

A £1 accumulator at SP on all seven winners would have returned at 541-1.

Seven favourites going in is not what any bookmaker wants but some of the big firms reported that due to activity being typically quiet on a Monday, the hit was not too severe.

Rupert Adams of William Hill said: "Seven favourites going in at Plumpton on top of four short ones also scoring at Naas are the sort of results that make it a really bad day at the office. But thankfully it's happened on a Monday.

"Those results comparable with any other day would have been bad news, but because Monday is the smallest day of the week in terms of turnover, it meant things could have been a lot worse."

Michael Shinners of Sky Bet echoed those sentiments, saying: "The only positive for us was that this happened on a quiet Monday before Christmas. Say if it had happened at Ascot this Saturday or over Christmas, we would have lost a substantial amount of money. And if it had happened later on in the week, when business is stronger, it would have been worse."

Coral spokesman David Stevens said: "It’s never going to be a good day for the layers when the favourites oblige in all seven races on the card, but what has helped us is that they were trained and ridden by a variety of handlers and jockeys, and the full house of winning jollies has come at Plumpton on a Monday, not Ascot on a Saturday.  That said, it’s still a nice early festive treat for plenty of punters."

The only other time this year when there has been a clean sweep of winning favourites at a meeting was at Leicester on March 8. However that was only a six-race card and one of the winners was joint-favourite, unlike at Plumpton where every scorer was clear market leader.

On April 24 at Fontwell there were six winning favourites out of seven with the only losing favourite finishing second. The average SP for the market leaders that day was just a shade bigger than 4-5, while at Plumpton that figure was slightly better than 6-4. 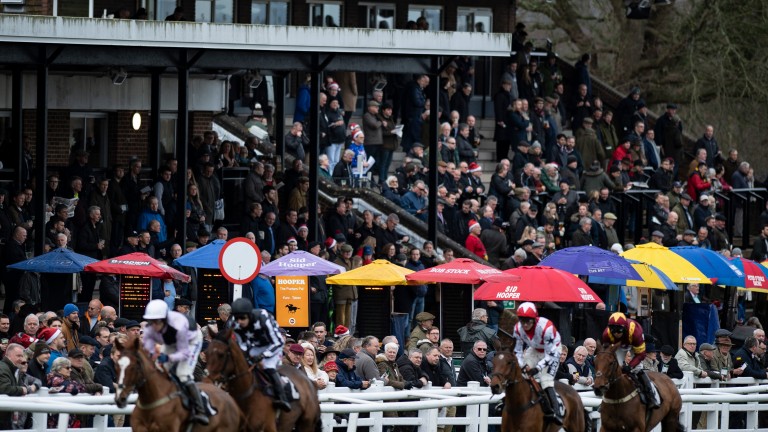 It was a bad day for bookmakers at Plumpton on Monday
Edward Whitaker (racingpost.com/photos)

'Everyone was in a good mood'

The Racing Post's Andrew Pennington was among those at Plumpton on Monday enjoying the success of the market leaders.

Plumpton is a track I relish visiting, especially if I can find a winner or two.

I did slightly better than that today with three winners, although on a day when all seven races were won by the favourite it probably didn't take that much doing especially with small fields.

It was Plumpton's last meeting before Christmas and I think because of that there was a decent crowd, bigger than normal, but it's a place that can feel busy because it's not the biggest course.

Even on a winter Monday, there's a great feel to the place and often a local winner, which can generate support from the local crowd. I look out for runners from Chris Gordon and Zoe Davison - the reason I backed the second and third winners was they were trained by Gordon.

Being compact lends itself to a good atmosphere, which there was today and everyone was in a good mood, well maybe not the bookies. I wouldn't have been the only one celebrating and you could say Christmas came early for favourite backers!

FIRST PUBLISHED 3:18PM, DEC 16 2019
There was a good atmosphere today and everyone was in a good mood – well maybe not the bookies!