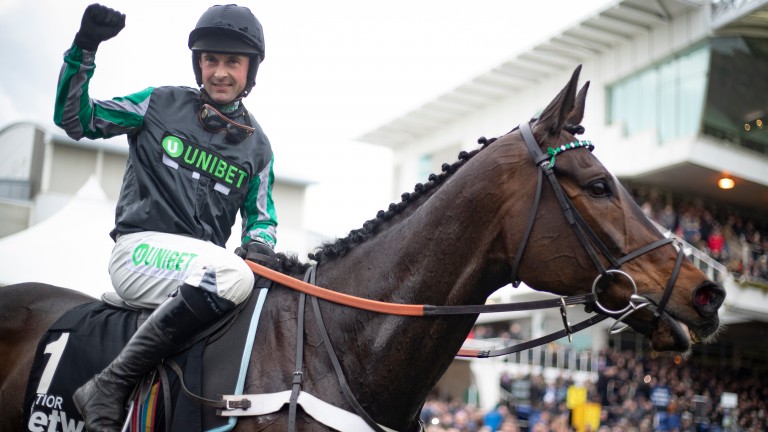 Altior: "Two and a half miles is what he wants," says Nicky Henderson
Patrick McCann (racingpost.com/photos)
1 of 1
By Stuart Riley UPDATED 4:00PM, MAY 3 2021

Altior and Buveur D'Air will stay in training next season for Nicky Henderson, who revealed he is almost certain to test both over longer trips.

The 11-year-old Altior, who has stuck to around two miles since his unbeaten run was ended by Cyrname 18 months ago, and ten-year-old Buveur D'Air have spearheaded the Seven Barrows team since finishing first and third in the Supreme Novices' Hurdle in 2016.

Henderson believes ten-time Grade 1 winner Altior was just caught out for fitness in Sandown's bet365 Celebration Chase, just his fourth run since April 2019, and said: "Altior came out of Sandown terrifically well, he's as fresh as paint. I wish there was another race for him in three weeks' time as they wouldn't see him.

"He's come on for Sandown – that was his first run since Boxing Day and we had hiccups on the way. He's improved a lot for the run. The idea is to go again and I'm sure we'd all like to have a look at him over two and a half, as it looks like that's what he wants." 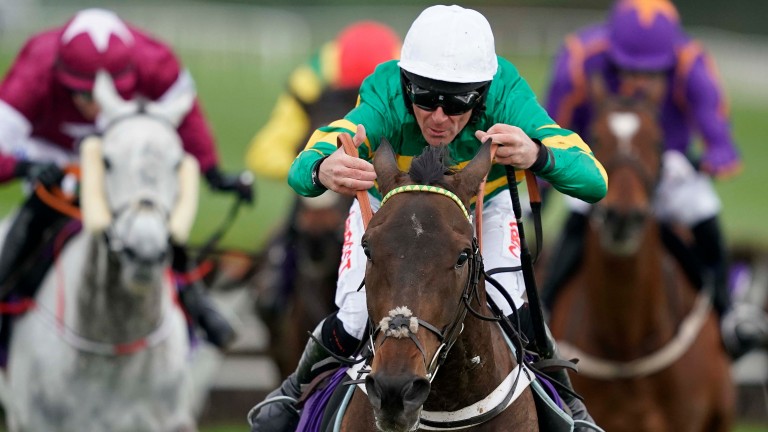 Two-time Champion Hurdle winner Buveur D'Air returned to the track this season after 420 days off to finish second at Haydock in The New One Unibet Hurdle. He subsequently missed Cheltenham but put up an improved performance at Aintree when fourth, beaten just four and three-quarter lengths by Abacadabras, in the Aintree Hurdle over two and a half miles.

"He's back at Martinstown [owner JP McManus's County Limerick home] on his summer holiday now but the plan is to bring him back next season," said Henderson. "He ran a really good race at Aintree and there didn't seem much point running him against those two-milers at Punchestown.

"I didn't have him in anything else so there was nothing else for him to do. He's at Martinstown with Champion Hurdle heroes Istabraq, Binocular and Epatante, and My Tent Or Yours, who didn't win one but was second three times." 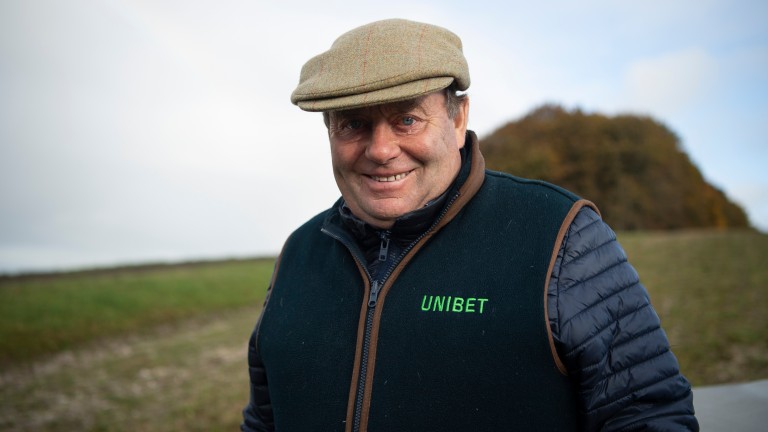 On Epatante, who was third, beaten 12 and a quarter lengths, in the Paddy Power Champion Hurdle at Punchestown, he said: "She's fine. We'll stick to the same plan again next season. She's like a lot of these horses, like Champ, for instance, in that she needs a full MOT and a lot of TLC over the summer months. So that will all be done there."

The performance of the Punchestown Festival arguably came from Shishkin's potential rival Energumene, who won the Ryanair Novice Chase by 16 lengths. What did Henderson make of it?

"He was rubbish, absolute rubbish," the trainer joked. "I showed it to Shishkin and he wasn't at all impressed," before adding: "It's going to be pretty interesting. I don't know when they'll meet but it's going to be some clash."

Shishkin is the 2-1 favourite for next year's Betway Queen Mother Champion Chase, with Energumene a best-priced 5-1.

Closutton to the fore as Irish champions are crowned at Punchestown

FIRST PUBLISHED 4:00PM, MAY 3 2021
I wish there was another race for Altior in three weeks' time as they wouldn't see him