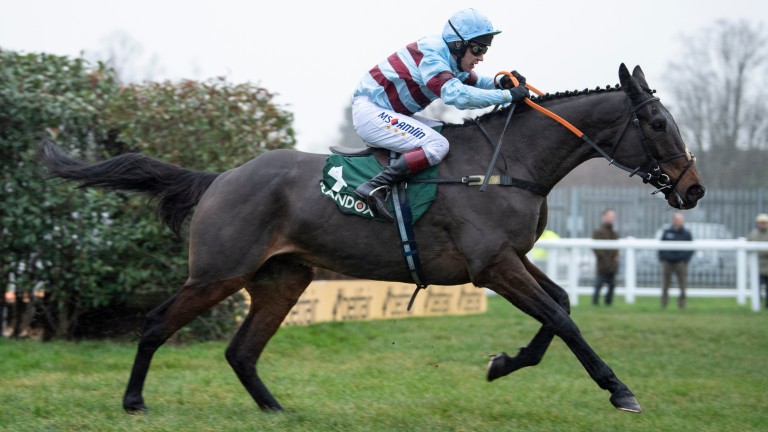 Lalor: among the market leaders for the Racing Post Gold Cup
Edward Whitaker (racingpost.com/photos)
1 of 1
By James Burn UPDATED 9:35AM, DEC 6 2021

Paul Nicholls' confidence in Lalor for Saturday's Racing Post Gold Cup seems to be increasing – and any rain would fuel that feeling further.

The Grade 3 handicap chase, sponsored for the first time this year by the Racing Post, headlines Cheltenham's International meeting next week and Nicholls has won it a record five times with Poquelin (2009, 2010), Unioniste (2012) and Frodon (2016, 2018).

He has five entries this time round, but his main hopes rest with Lalor, who shaped encouragingly when third on his first run for the 12-time champion trainer in November's Paddy Power Gold Cup.

That took place on Cheltenham's Old course and the Racing Post Gold Cup will be staged on the New course, which puts more of an emphasis on stamina.

"Lalor runs," Nicholls said on Saturday. "He worked this morning and is in good shape; he's all set to go. He was ready for the Paddy Power, but I suspect because he hadn't had a race for a while and had struggled with his breathing he almost had half a blow going to the second-last and then stayed on strongly up the hill.

"I think the stiffer track on Saturday and the possibility of slower ground would be massive pluses for him."

Formerly trained by Kayley Woollacott, Lalor – right at the front of the betting for the race at a general 7-1 – was switched to Nicholls' powerful Somerset operation over the summer by owner David Staddon and also underwent surgery to help with his breathing. 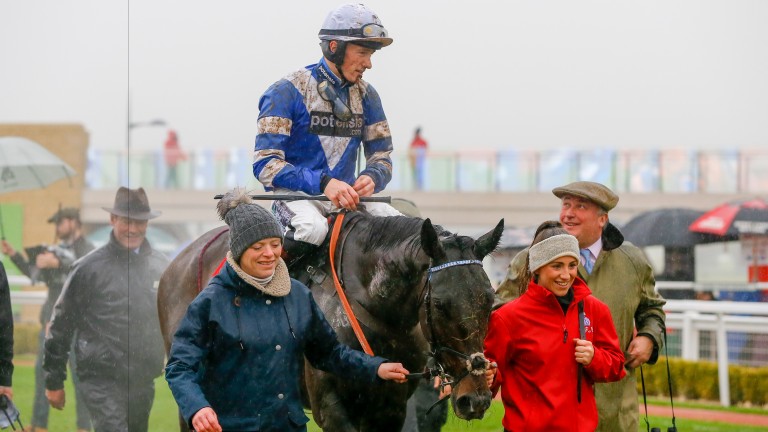 "Sometimes it's a case that if a horse has been struggling with their breathing, they get to a point and think something might hurt because they've been choking," added Nicholls, whose treble at Sandown on Saturday included the Tingle Creek.

"They then have that confidence they can go through with it, and you can almost say that happened to him in the Paddy Power the other day because once he took a breath between the last two, he really stayed on strongly.

If you're on the move on Saturday, you can still watch the Racing Post Gold Cup on our free Racing Post app. Simply log in to one of your bookmaker accounts on the app and click the red 'watch now' button just before the off. You don't even need to have placed a bet.

"Some are always going to improve and I think he's one of them that – whatever I did – I was never going to get him as fit as he might be this weekend. That race has done him good – confidence-wise and fitness-wise – and I'm hopeful of a nice run on Saturday."

FIRST PUBLISHED 9:46AM, DEC 5 2021
I think the stiffer track on Saturday and the possibility of slower ground would be massive pluses for him