Latest THE WEEK AHEAD 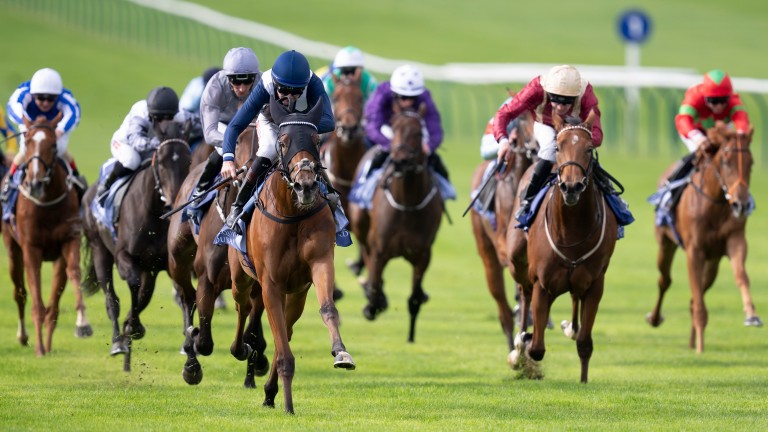 The calm after the Arc storm, but there is not much time to rest for Alpinista's rider Luke Morris. He is back in action in more familiar surroundings at Wolverhampton and is typically busy with six rides – Seneca Chief (5.55), Fly The Nest (6.30), Somedayonedaynever (7.00), Laheg (7.30), Eternal Life (8.00) and Quarter Blue (8.30).

There are also meetings at Stratford, Windsor and Pontefract in Britain in addition to a seven-race jumps card at Tipperary. 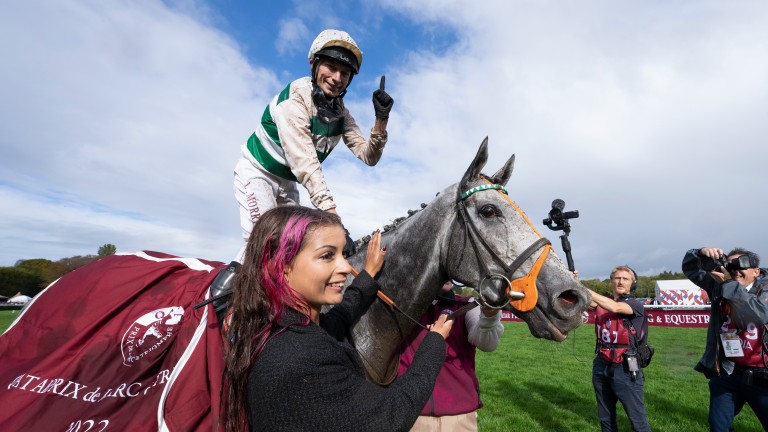 Arc winner Luke Morris will be back in action at Wolverhampton on Monday evening
Edward Whitaker (racingpost.com/photos)

Winter is coming and half of four afternoon meetings are over jumps, including at Galway where Willie Mullins stablemates Jon Snow and Bacardys clash with the Gordon Elliott-trained Frontal Assault in the feature Mongey Communications Chase (3.00).

Action at Brighton, Leicester and at Southwell in the evening keeps the Flat light burning.

Ludlow announced on Sunday that its midweek card was abandoned, owing to unsuitably hard ground, but there is still four meetings to enjoy at Sedgefield, Navan, Nottingham and Kempton.

The highlight of the day may come at Nottingham in the British EBF Future Stayers Oath Novice Stakes (3.43) with youngsters from powerhouse stables such as Charlie Appleby, Andrew Balding, John and Thady Gosden and Roger Varian among those on the entry list. 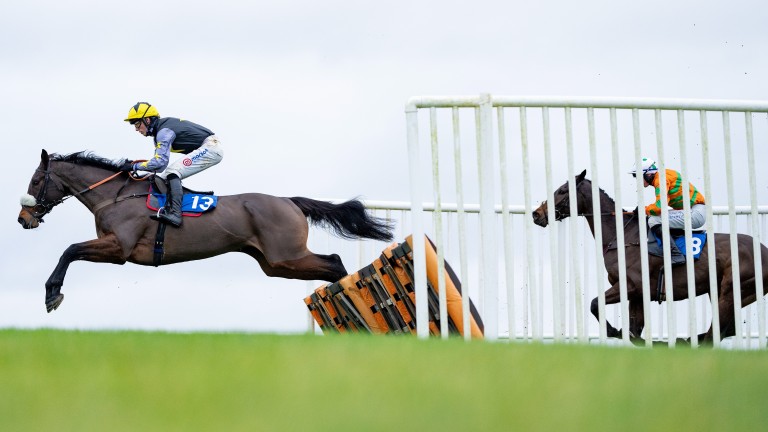 The jumps action comes at Warwick and Worcester, with the former track standing in for the unraceable Exeter meeting.

The Paul Nicholls-trained Rainyday Woman could makes her seasonal reappearance in the opener at Worcester, the David Dennis Racing EBF Mares' Novices' Chase (2.06), having won three in a row – including a Listed race – last December.

The Flat action comes from Thurles in Ireland, Ayr in Scotland and Chelmsford in Essex.

A significant day in both codes. The two-day Dubai Future Champions festival begins on Newmarket's Rowley Mile with five of the track's races on ITV4, including the feature bet365 Fillies' Mile (3.35). The Group 1 has attracted 11 runners, but the unbeaten Commissioning, winner of the Rockfel Stakes two weeks ago, is the odds-on favourite to follow in stablemate Inspiral's footsteps from 12 months ago. There is also Flat action at York, Newcastle and Dundalk.

For those who prefer tweed over a panama, the eyes will be drawn to Chepstow. The jumps season has officially been rolling since April 30 – it only takes a short hiatus – but it is recognised things really pick up a gear or two when Chepstow's two-day 'Jumps Season Opener' comes around. 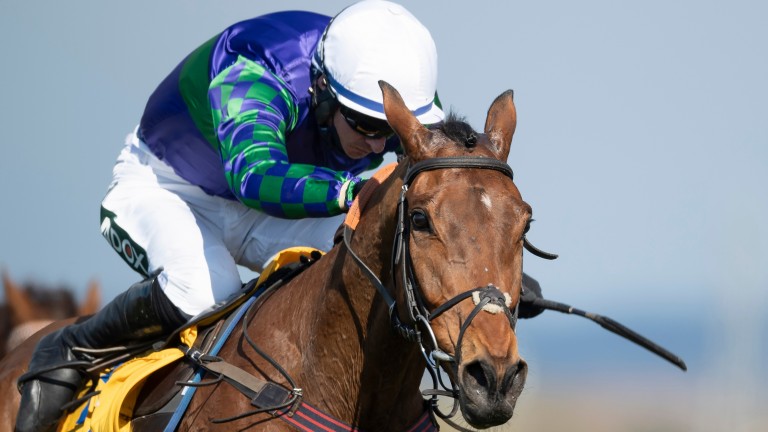 Thyme Hill: could be one of a number of jumps stars in action at Chepstow
Edward Whitaker (racingpost.com/photos)

The Unibet Persian War Novices' Hurdle (2.10) is the feature, but there is also bound to be plenty of interest in the potential chasing debuts of McFabulous and Thyme Hill (2.50). And then there is the veterans' contest (1.35) featuring plenty of old favourites - the entries include runners who have previously won the Betfair Chase, Betfair Hurdle, Ryanair Stayers' Hurdle, Champion Bumper and the Ladbrokes Trophy (twice). Not bad.

No puzzle all week is likely to prove trickier for punters than the Club Godolphin Cesarewitch Handicap (3.40), although the £200,000 heritage contest merely plays a supporting role to the Darley Dewhurst Stakes (3.00) at Newmarket. The field will narrow on Monday lunchtime but Naval Power, Blackbeard, Chaldean and Nostrum figure towards the head of the ante-post market. It could be some race.

York's season finale is none too shabby either and features the £100,000 Coral Sprint Trophy (3.15), while there is also action at Chelmsford, Hexham, Fairyhouse and the Curragh.

The second day of Chepstow's 'Jumps Season Opener' will also be of significant interest to many with the Wasdell Group Silver Trophy Handicap Hurdle (4.02) the highlight.

A busy week concludes with Flat action at Goodwood and Southwell and over jumps at Ffos Las. The £50,000 Welsh Champion Hurdle (3.10) is the feature event in West Wales.

FIRST PUBLISHED 9:00AM, OCT 3 2022
There is also bound to be plenty of interest in the potential chasing debuts of McFabulous and Thyme Hill

Super eight: how Constitution Hill ranks against the best two-mile hurdlers 'A fabulous day of racing' - Constitution Hill boosts Newcastle to 11-year high 'Frustrated' Sean Flanagan likely to miss Christmas festivals with back injury 'He put the race to bed and with it the Champion Hurdle' - bookies blown away Three experts on whether Constitution Hill is the best hurdler they have seen Bryony Frost taken to hospital with suspected broken collarbone after fall