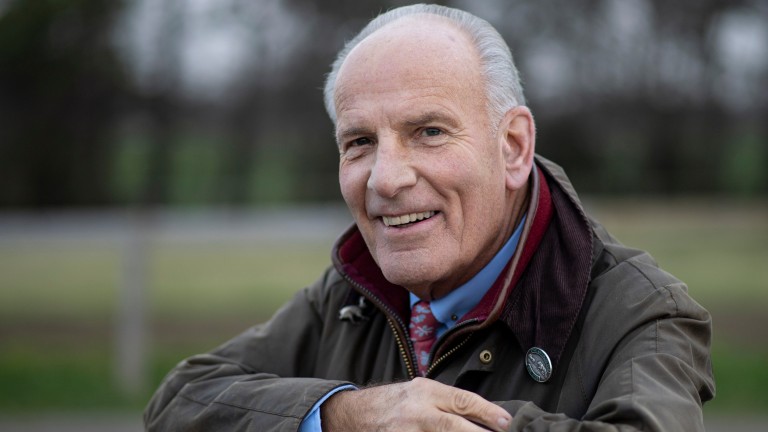 Sir Mark Prescott: will team up with John Gosden, Robert Cowell and David Simcock
Edward Whitaker
1 of 1
By Lewis Porteous 7:30AM, DEC 1 2020

Some of Newmarket's biggest hitters and three trainers from France have been unveiled among the final six teams for the inaugural £1.8 million Racing League.

Created by Championship Horse Racing (CHR), Racing League is a six-week competition in which 12 teams will contest 36 races, each worth £50,000, during the summer.

The first six teams were unveiled earlier this month with Joseph and Donnacha O'Brien adding Irish interest, and the event organisers on Monday revealed champion trainer John Gosden and multiple Group 1-winner Sir Mark Prescott will be teaming up with Robert Cowell and David Simcock as one of three teams representing Newmarket, while Philippe Decouz, Gavin Hernon and Edouard Monfort will represent France.

"What attracts me is the idea of sporting competition, which is always interesting, as well as the chance to have runners in Britain," said Monfort, who is based in Luché-Pringé in the north west of France.

"I’m not far from the motorway and we’re four and a half hours from the tunnel so in terms of logistics I’m not too worried. Plus we’re talking about older horses who are used to travelling. I think it’s a great initiative and a very good idea."

Each team will be made up of between two, three or four trainers, three jockeys and 30 horses, with Michael Bell and Ed Dunlop joining forces with James Fanshawe and Roger Varian in another powerful Newmarket line up.

CHR chief executive Jeremy Wray said: "We are really pleased to have such an illustrious group of trainers forming the 12 teams and are delighted to be adding an international flavour with the teams from Ireland and France. The next step will be for each team to select their three jockeys.”

The Racing League will start at Newcastle on July 29, with the other five Thursday fixtures also taking place at Arena Racing Company-owned tracks and broadcast on Sky Sports Racing. The races will be 0-90 handicaps over varying distances with jockeys wearing distinguishing team colours.

The 12 teams for the Racing League

FIRST PUBLISHED 7:30AM, DEC 1 2020
What attracts me is the idea of sporting competition and the chance to have runners in Britain. I think it’s a great initiative and a very good idea