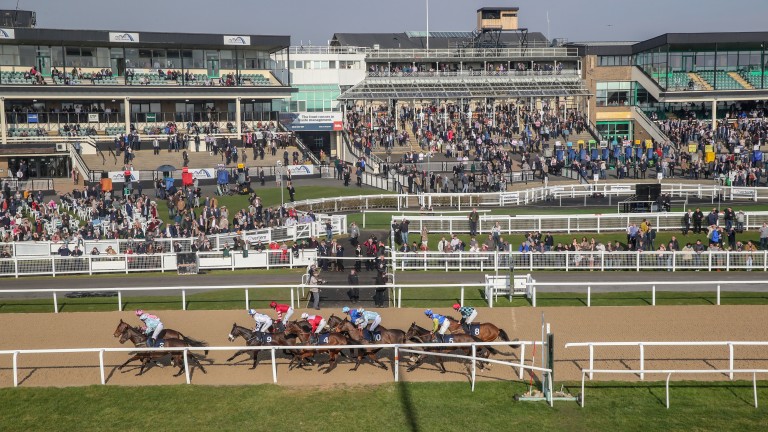 Newcastle will put frost covers down on Thursday in order to protect Saturday's meeting featuring the Grade 1 Betfair Fighting Fifth Hurdle, with the Tyneside course not to taking any chances with one of their marquee fixtures.

The Fighting Fifth is set to feature dual winner Buveur D'Air and Newcastle's clerk of the course James Armstrong is hopeful the track's precautionary measures will prevent any nasty surprises come Saturday.

He said: "We're continuing to monitor the situation but if we only get the -1 degree frost that's forecast, we shouldn't have any problems.

"However, if we get more than that there's a potential danger as we race from 11.45 on Saturday so we haven't got that much time for the sun to come up and help us.

“Bearing this in mind on Thursday, we'll be laying heavy duty frost covers all down the back straight as that part of the course is prone to being colder, and fully fleece the remainder of the course. It’s all precautionary at this stage but we're not taking any chances.”

Doncaster's weather worries remain with the Yorkshire track's two-day fixture on Friday and Saturday under threat. Parts of the course are still waterlogged and further rain is expected later this week.

Vertem Futurity day and Doncaster's Flat finale have both been cancelled in the last month, and this weekend's double header is likely to be subject to an inspection on Thursday morning.

Clerk of the course Roderick Duncan explained: “We still have a few waterlogged areas with standing water between the seventh fence (open ditch) and the fence just before the turn into the home straight (eighth).

“We're waiting to see how it all develops as there's rain forecast for late Wednesday into Thursday. If that arrives I suspect we'll be having a look at the track early on Thursday morning, before declaration time, and make a decision then.”

FIRST PUBLISHED 5:50PM, NOV 26 2019
We are continuing to monitor the situation but if we only get the -1 degree frost that is forecast we should not have any problems