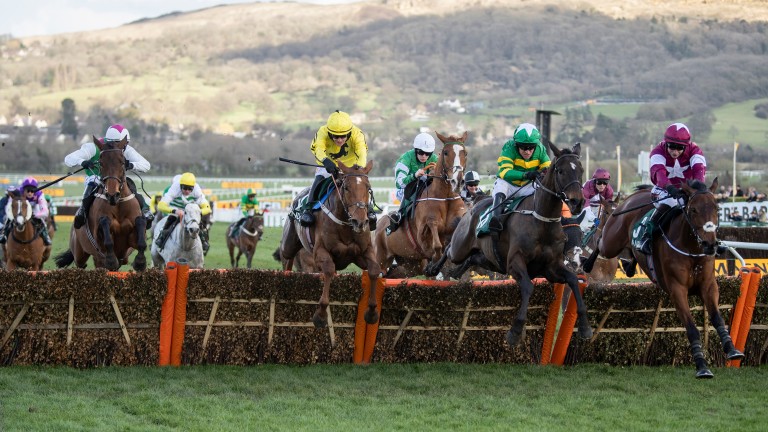 West Midlands-based company McCoy Contractors has been revealed as the new sponsor of the County Hurdle in another sponsorship change at the Cheltenham Festival.

The civil engineering company will be sponsoring a race at the festival for the first time next month when it takes over the backing of the 2m handicap hurdle from Randox, but has been involved in race sponsorship previously, having backed the Classic Chase at Warwick since 2019.

It is the fourth race sponsorship change announced this month for the festival after it was revealed children's charity WellChild would be the supporter of the Cheltenham Gold Cup and the festival in a new charity partnership with the Jockey Club, following Irish cider firm Magners' decision to end its three-year sponsorship of the race a year early.

McCoy managing director Chris Haughey said: "McCoy Contractors are delighted to be associated with Cheltenham racecourse and the festival in our continued support for racing, particularly on one of the most prestigious days in the sporting calendar. We look forward to a long standing relationship and to sharing the festival experience with our valued clients in future years."

The 3m novice chase, which had been sponsored by insurance giant RSA from 1974 until it ended its association with the race last year, will now be backed by investment firm Brown Advisory and racing group Merriebelle Stable, with the Plate – which it used to sponsor – now backed by Paddy Power.

Ian Renton, managing director for the Jockey Club, said: "We are thrilled to begin an association at the festival with McCoy Contractors. The McCoy Contractors County Hurdle plays a pivotal role in setting the stage for the WellChild Cheltenham Gold Cup and has a wonderful record in producing some great winners and fascinating stories."