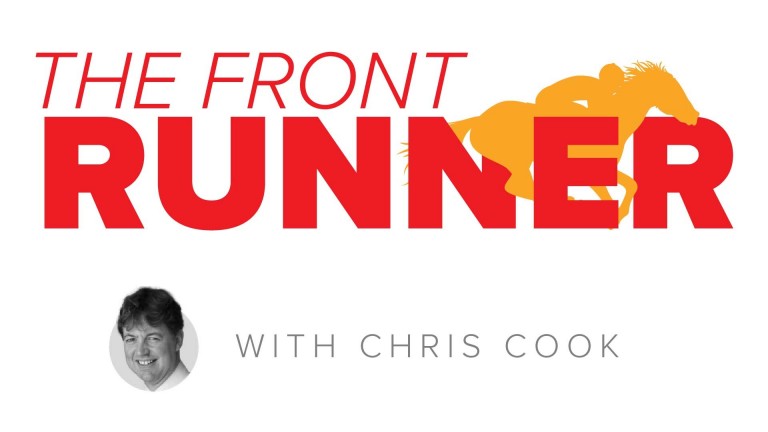 In Monday's email Chris talks to Lucinda Russell's partner and assistant Peter Scudamore – and subscribers can get more great insight, tips and racing chat from Chris every Monday to Friday.

Few things brings nervousness to a jumps yard like a potential star about to make his chasing debut. So it will be at the Kinross yard of Lucinda Russell with her Grade 1 winner Ahoy Senor, whose first try over fences is imminent and may even come at Carlisle on Thursday if the rain arrives in time.

What do you mean, who is Ahoy Senor? Well, we're only just getting into jumping mode after a long Flat season, so I'll make allowances. Ahoy Senor is the horse that beat Bravemansgame seven lengths to win the Sefton Novice Hurdle on the day before the Grand National, easily landing that Grade 1 contest at odds of 66-1.

Some trainers like to crow, after a big-priced winner, that they knew their horse was being cruelly underestimated. Not so with Ahoy Senor, who was having just his second start over hurdles at Aintree.

"We got him going late in the season," recalls Scu. "We ran him over hurdles at Ayr in March and he's won, so you think: 'Oh God, straight into the handicaps next season, or chasing with not much experience.'

"We took him to Hexham and the ground was probably all right for most horses but not him. It was just that spring ground, there was no grass on it, they'd raced all winter and it had dried a bit."

And then came inspiration. "Luce said, well, let's go to Aintree. We'll get some experience into him and the ground'll be okay because they've got to get the ground right. And she was right. It was a very pleasant surprise." 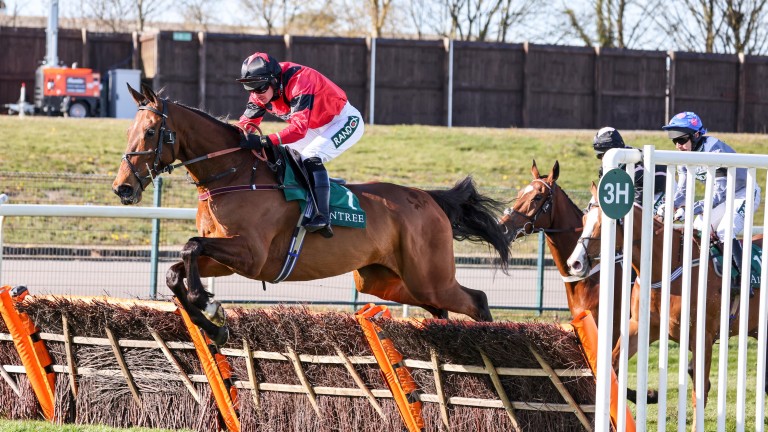 It is still less than a year since the couple bought Ahoy Senor for £50,000 at a November sale of ex-pointers. "Luce loved him, he's her type of horse, a great, big staying chaser type. She stuck her hand in her pocket for him." Within a couple of days, he was sold on to Carol Wymer and Peter Russell, whose Calle Malva had won at Newcastle that week. Ahoy Senor is their second horse.

Chasing should be the job for which he is made and Scudamore reports that the horse has schooled well. We will get our first insight at Carlisle, or possibly the following week in a 3m novice chase at Wetherby.

"He has to go and prove it again. He hasn't had a lot of experience but he's a big horse and I don't like leaving those big horses over hurdles for too long.

"Even if it was a bit of a fluke at Aintree, maybe Bravemansgame had had a hard season, well, the third horse was still pretty decent. If he's still somewhere near that level, he's an exciting prospect.

"When we've had the good winners before, Brindisi Breeze, One For Arthur, Mighty Thunder, at this time of year you couldn't have seen them doing what they did. So you try and keep your feet on the ground."

Ah yes, Mighty Thunder, the Scottish National winner. He might start back next week in the Charlie Hall, since he is versatile as to ground and Scudamore would rather spare him the experience of shouldering top weight in a handicap first time back. The Grand National is the long-term plan and he might take in the Becher Chase and Warwick's Classic Chase: the One For Arthur route, in fact.

"He did remarkably well last season. At the beginning of the season, I wasn't sure he'd jump fences. If you'd said to me at this time last year he'd win a Scottish National, I'd say: go and have another one. That's the beauty of the game."

Scudamore and Russell had a big night out with the rest of the jumping fraternity at the recent McCoys awards night at Cheltenham, where their travelling head girl, Jaimie Duff, won Stable Person Of The Year, an award sponsored by the Racing Post.

"She's a mother hen here, the boys ring her after they ride, everybody pours their problems onto her. I remember when Arthur won the Grand National, she never went for the limelight. It would have been so easy for her to bask in the glory but she's not like that at all. When Campbell Gillies died, she was the one we all turned to, she was our rock. She's an extraordinary person and never has an award been more deserved."

Weighing room culture under fire after Dunne-Frost bullying case is leaked The BHA is under intense scrutiny over its handling of bullying allegations and how details of the case were leaked.