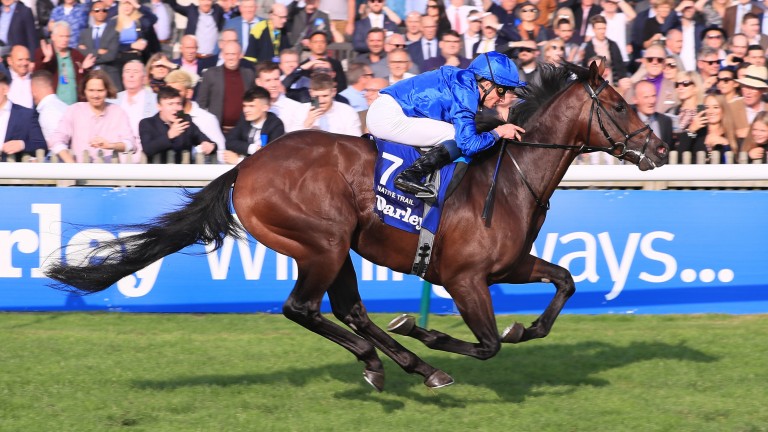 Native Trail: an impressive winner of the Dewhurst Stakes
Mark Cranham
1 of 1
By Catherine Macrae 7:00AM, OCT 13 2021

Native Trail and Inspiral rose to the top of the two-year-old rankings for the Cartier Racing Awards after landing Group 1s last weekend.

Native Trail, who was third in the juvenile colt category after his victory in the National Stakes, moved to joint-top after extending his unbeaten record to four in the Dewhurst Stakes at Newmarket.

The Godolphin colt sits alongside Middle Park winner Perfect Power on 80 points and the pair are comfortably clear of the Ralph Beckett-trained Angel Bleu, winner of the Group 1 Prix Jean-Luc Lagardere.

Inspiral, who also remains unbeaten following success in the Fillies' Mile under Frankie Dettori on Friday, heads the two-year-old juvenile filly division after an impressive performance at Newmarket. She has 48 points, placing her ahead of Sandrine and Agartha on 40 points.

The rankings make up 30 per cent of the result of the awards, with contributions from journalists and handicappers, and votes from Racing Post and Daily Telegraph readers also deciding the result. 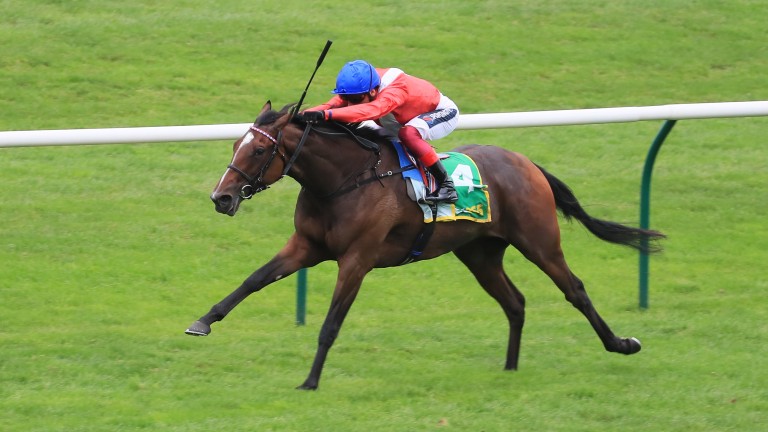 Saturday's Qipco British Champions Day will play a pivotal role in determining the final rankings, with major players set to take the stage at Ascot in the conclusion to the British Flat season.

With St Mark's Basilica (160) retired, Palace Pier and Mother Earth are poised to overtake him in the Horse of the Year rankings if either of them can strike in the Group 1 Queen Elizabeth II Stakes.

Mother Earth's lead in the three-year-old filly standings could be threatened by Snowfall (136), who holds entries in the Qipco Champion Stakes and the British Champions Fillies & Mares Stakes.

If connections target the Champion Stakes, the dual-Oaks heroine will line up against Mishriff (108) and Adayar (100), who sit seventh and eighth in the Horse Of The Year standings, while leading Stayer Trueshan (68) will bid to land back-to-back Long Distance Cups.

The lead of recently retired Starman (64) in the sprint category will be challenged in the Qipco British Champions Sprint Stakes. Dragon Symbol, who is third behind A Case Of You, could run in the race.

Brian Ellison has plans for Ascot runner-up Tashkhan and a jumper to follow BHA in firing line again as David Bass leads defence of weighing-room culture Racing Postcast: Champions Day reaction plus a review of an eventful Flat season £5m prize-money row erupts as negotiations between Arc and horsemen break down Watch: The Big Jump Off 2021-22 | Your ultimate jumps season preview Progressive Captain Vallo could boss rivals off bottom weight