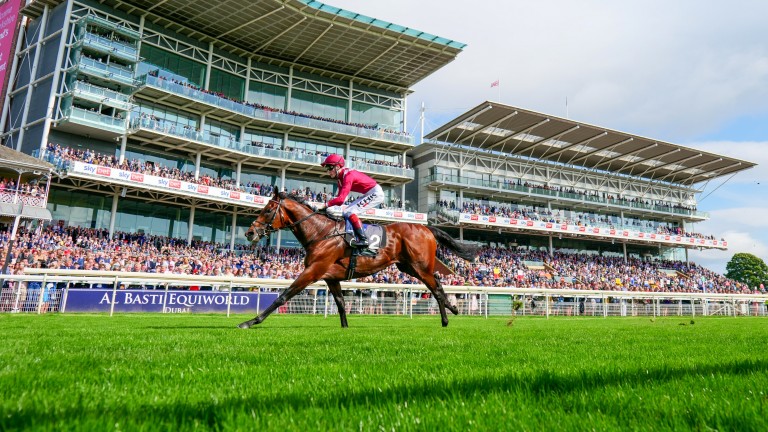 John and Thady Gosden's globetrotting Mishriff will not be adding the US to his CV this year after connections ruled him out of a shot at the Breeders' Cup at Del Mar next month.

The three-time Group 1 winner had been under consideration for a crack at the Breeders' Cup Turf at the championships, which are to be staged on November 5 and 6.

On his latest outing on British Champions Day at Ascot last Saturday, Mishriff was returning from a two-month break when finishing fourth behind Sealiway in the Champion Stakes.

Although initial indications were positive that the son of Make Believe may make the trip to California, connections say he has had a long season, which started in Saudi Arabia in February, and are not keen to go to the well again.

Mishriff will instead be put by before attempting to bag back-to-back wins in the Saudi Cup in Riyadh in 2022.

John Gosden said: "Mishriff will not be going to the Breeders' Cup but will freshen up here and be pointed again towards the Saudi Cup. He's been on the go a long time and to go to California and then try to come back for a Saudi Cup was not giving him enough time between races. He'll probably have the same programme next year as this." 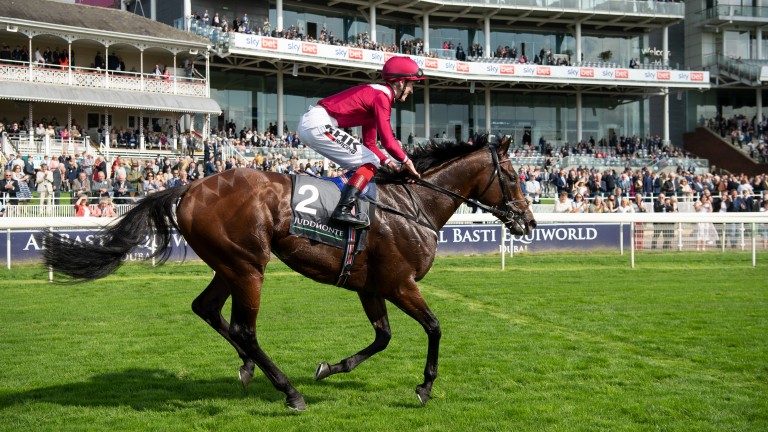 David Egan and Mishriff parade in front of the stands after winning the Juddmonte at York
Edward Whitaker (racingpost.com/photos)

Before his Ascot fourth, Mishriff was an impressive six-length winner of the Group 1 Juddmonte International at York in August and had missed the Prix de l'Arc de Triomphe for another crack at the Champion Stakes.

The four-year-old enjoyed a lucrative start to 2021 when racking up successive wins in the Middle East, starting with the $20 million Saudi Cup in Riyadh under regular partner David Egan.

He then enjoyed another high-profile success in the UAE the following month in the $6m Group 1 Dubai Sheema Classic at Meydan.

FIRST PUBLISHED 11:30AM, OCT 22 2021
He's been on the go a long time and to go to California and then try to come back for a Saudi Cup was not giving him enough time between races