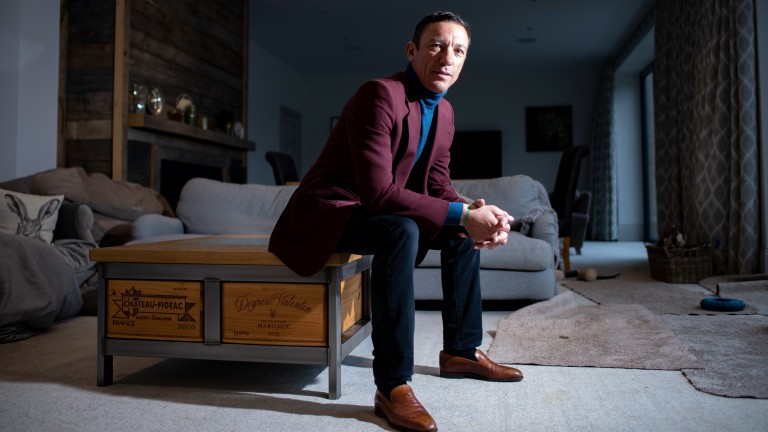 Frankie Dettori: in London on Monday evening for the premiere of the film that tells the story of his life
Edward Whitaker (racingpost.com/photos)
1 of 1
By Lee Mottershead UPDATED 7:41PM, NOV 16 2021

During the Q&A session that followed the premiere screening of the new Frankie Dettori film biopic, Great British Racing chief executive Rod Street asked the star of the show if he would offer any advice to his Italian compatriot Marco Ghiani, the sport's new champion apprentice.

"Just watch the movie," said Dettori, prompting a laugh from a packed auditorium at the Curzon Mayfair cinema. That audience had just been among the first to see Dettori, a film that also raised a number of laughs but also tears and gasps.

"I feel emotionally put through the wringer," said Nick Luck, as he prepared to welcome Dettori and director Anthony Wonke to the stage. "Did he show us how good he is? I think he did," added Luck, linking back to the key line from the documentary's key scene.

When talking in the film about his wife Catherine imploring him to "show me how good you are", just at the point when his career looked doomed, Dettori becomes highly emotional. When asked by Luck about that section, he again became emotional. Dettori is many things but he is not an actor. The trembling voice on screen and again here in person was entirely authentic. That sort of sincerity is what makes the film such a riveting watch. 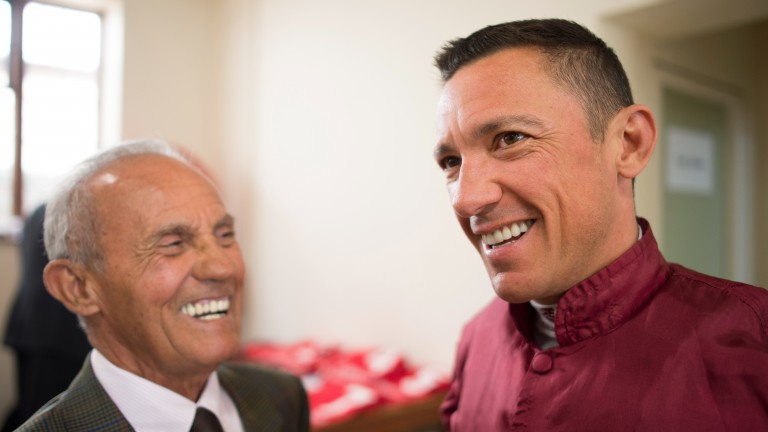 The relationship between Frankie Dettori and his father, Gianfranco, is at the heart of the Dettori film
Edward Whitaker (racingpost.com/photos)

Wonke's finest trick is to create a piece of work that will appeal to those who love racing and those who have no interest in the sport. More than anything, it is a character study, not just of Dettori but also his father, Gianfranco.

Repeating a line he used in his Racing Post interview on Sunday, Dettori on Monday described his life as a "rollercoaster". The same word could have been used to explain the father-son relationship.

"I'll be honest with you, if it wasn't for him I wouldn't be here talking to you," Dettori said from the stage. "He's the one who pushed me, the one who made me. Of course, he has been very tough and strict at times, but the fact I'm sitting here is because of him.

"I can't change him and he is the way he is. I'm sure he will complain about the film but I'm also sure he'll enjoy it."

Frankie Dettori: 'We were on our arse. I had bills coming in and wasn't earning' (Members' Club)

When Dettori snr does see the film, he will no doubt be transfixed by the section that revisits the plane crash that tragically killed pilot Patrick Mackey and so nearly took the lives of Dettori and Ray Cochrane. Yet to portray the highs and lows that epitomise Dettori, Wonke soon introduces humour in the form of a pigeon that consistently seeks to torment the world's most famous jockey. Watch the film and that will make sense.

You will also smile at some of the many comic moments provided by Dettori's manager Pete Burrell, cleverly used by Wonke to add light relief. When asked by his client, what he has planned for them that day, Burrell responds: "Have lunch, I suppose," while when attempting to work out what life in lockdown might be like, Burrell laments that everything is going to be closed, including, most worryingly, the London private members' club Annabel's.

Perhaps the Curzon was chosen because it's only a five-minute walk from Annabel's. If so, Dettori, Burrell and the filmmakers deserved a decent post-premiere party. What they have combined to deliver will be good for them and good for racing.

"The team have done a great job to capture how mad I am," said Dettori in his closing words to the Monday night audience.

Mad, perhaps, but as this film makes clear, much else besides.

'Davy Russell tells me he'll go on. I'll believe it when I see it, I think'

FIRST PUBLISHED 4:00PM, NOV 16 2021
Wonke's finest trick is to create a piece of work that will appeal to those who love racing and those who have no interest in the sport

Peter Scudamore: 'I'd have loved to continue riding but we weren't earning' Henry Daly: 'It was a nightmare - if you got yourself worked up you'd go nuts' 'My biggest disappointment in 50 years is not teaching Carvill's Hill to jump' Richard Pitman: 'The thrills I had going around there, money could not buy' David Elsworth: 'I never saw it as work - it was just a big game, an adventure' Frankie Dettori denied on first ride of 2022 in Prince Khalid memorial race