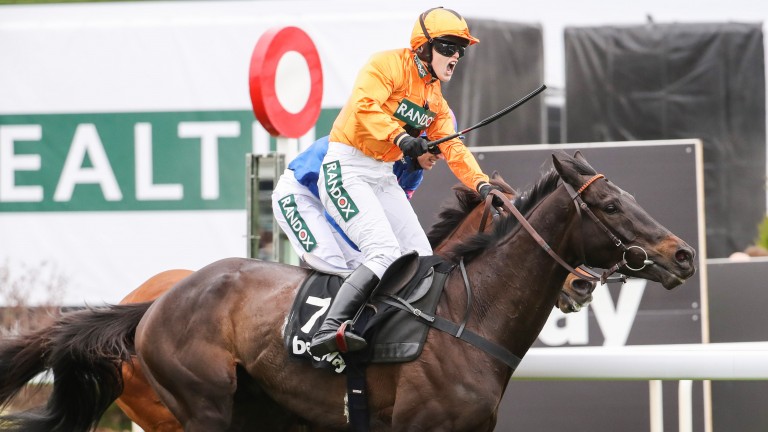 Lizzie Kelly, best known for her exploits aboard dual Grade 1-winning chaser Tea For Two, has announced her retirement from the saddle after revealing she is expecting a baby with her husband Ed Partridge.

However, she refused to close the door to a return to the saddle at some stage, and Ladbrokes offer 3-1 Kelly rides a winner under rules before January 2022.

Kelly, 27, also rode two Cheltenham Festival winners, Coo Star Sivola and Siruh Du Lac, both for her stepfather, trainer Nick Williams, and tweeted: "Thank you to all those who played their part, big or small. On to a new chapter.

"I have really had a career that I could never have imagined and I’ve been blessed to have been associated with the horses I have ridden.

"I will still be heavily involved in racing through mine and Ed’s new venture Valentine Bloodstock, which will focus on my love of dealing with young stock, and I hope to continue working with the racing media, something I’ve always enjoyed and am passionate about.

"I'll really miss race-riding but won't miss those saunas. It's been a dream."

Kelly made history in 2015 when she became the first woman to win a Grade 1 race over jumps by landing the Kauto Star Novices' Chase at Kempton on Tea For Two. 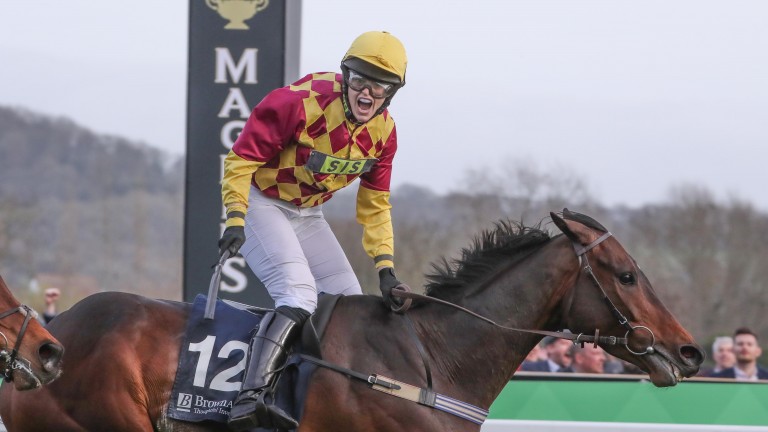 The pairing landed another big prize the following season in the Grade 1 Betway Bowl at Aintree, getting the better of nine-time top-level scorer Cue Card by a neck in a rousing finish. Dual King George VI Chase winner Silviniaco Conti and Bristol De Mai were among those who finished behind them that day.

Kelly’s best season in terms of prize-money won was the 2017-18 campaign when she partnered 15 winners. One of those scorers was Coo Star Sivola in the Ultima Handicap Chase at Cheltenham.

The following year she had her second festival success aboard Siruh Du Lac in the Brown Advisory & Merriebelle Stable Plate.

Reflecting on her career, Kelly said: "The first Grade 1 at Kempton was probably a bit lost on me. When you're young and at that stage of your career you think it will happen every weekend.

"I genuinely thought Nina Carberry or Katie Walsh would have won a Grade 1 over fences so it was news to me."

She added: "Aintree was my best day on a racecourse. Everybody talks about Cheltenham for atmosphere, but winning on Tea For Two in front of that crowd was just unbelievable. It was as good as it gets.

"Things had been quite difficult with Tea For Two beforehand. He hadn’t been working well. When I got on mum [trainer Jane Williams] simply said 'do what you can' Then he went out and did what he did. It was a massive day." 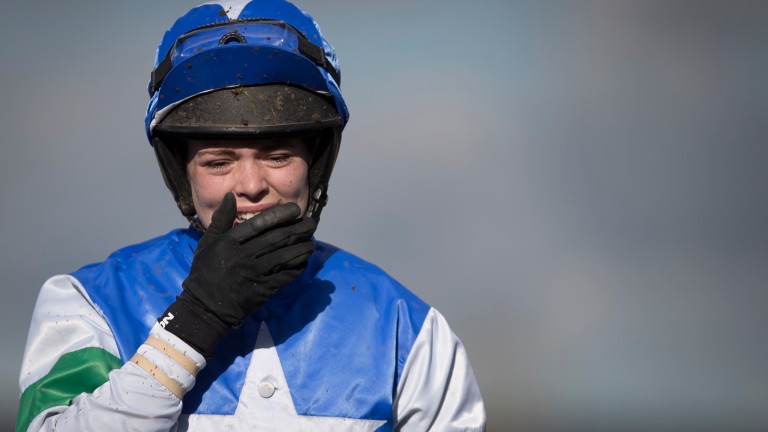 Kelly, who is already searching for a suitable pony for her baby, due in December, refused to rule out a return to race-riding in the future.

She said: "I'm never going to completely shut the door on a return to riding. I’ve never had closure. I never went out on a final winner or had a day when I announced it would be my final ride.

"Being a jockey is such a difficult thing to give up because you love it so much. I never saw it as a job.

"I suppose it’s similar to how professional footballers view their sport – they don’t see it as a job either.

"When I told Sue Gardner that the baby is due in December she said, 'you’ll be back for the Cheltenham Festival, then!'

"If I do come back, though, it won’t be to ride novice chasers. My career as it was is over."

Three of the best: Lizzie Kelly's greatest moments in the saddle

FIRST PUBLISHED 10:11AM, JUL 9 2020
I have really had a career that I could never have imagined and I’ve been blessed to have been associated with the horses I have ridden

Defying Storm Arwen: 'We had head-torches and got the rest of them all fed' 'I've been doing it long enough' - Gary Moore reaches 1,000 winners over jumps International group calls for cut in red tape as thoroughbred movements halve 'How can you be wrong?' - Nicky Henderson hits back at Shishkin critics Get half-price access to Racing Post Members' Club for a whole year Jack Andrews aiming to walk tall after making the leap and turning professional