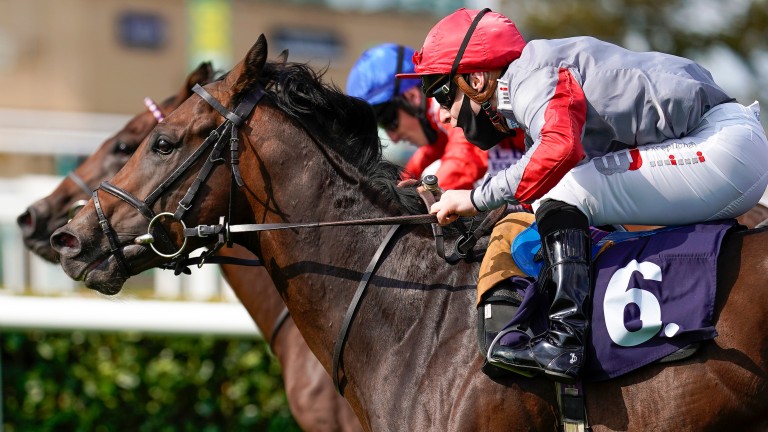 Rowan Scott and Ubettabelieveit are on course for Chantilly
Alan Crowhurst
1 of 1
By Scott Burton 10:03AM, APR 15 2021

The life of a jockey in the era of Covid-19 is not necessarily the way it was advertised in the racing school brochure. Just ask Rowan Scott, who is confined to a hotel room in Chantilly for a week ahead of partnering Ubettabelieveit in next Tuesday's Group 3 Prix Sigy for boss Nigel Tinkler.

Scott earned rave reviews for his international exploits on Ubettabelieveit at the Breeders' Cup and Acklam Express in the Al Quoz Sprint on Dubai World Cup night, both of whom significantly outran their odds to finish third.

The 25-year-old spent ten days in quarantine in a Birmingham hotel after flying back from Dubai and barely had time to unpack on getting out before heading for another week of solitary confinement in France.

"It's been a short turnaround and I was home for maybe three nights and then straight out here," said Scott. "I suppose I'm just lucky to have the opportunity to go abroad.

"I have to stay in the hotel for a week but I've got gym gear and I've been given a workout programme so I'll be keeping busy. I've got used to it after last time."

Scott first visited Chantilly for the Longines Future Stars race on Prix de Diane day in 2015, an international apprentice challenge featuring representatives of major racing schools from around the world, although his intended mount was scratched at the last minute.

Ubettabelieveit enjoyed a fine 2020, scoring in the National Stakes at Sandown and the Flying Childers Stakes at Doncaster, before chasing Golden Pal home in the Breeders' Cup Juvenile Turf Sprint at Keeneland.

"I was home just long enough to have a sit on him on Saturday morning to give him a piece of work and he feels as good as ever," said Scott. "I'd imagine he'll have a couple more bits and then he'll be good to go for Tuesday."

Tinkler could easily have gone with local big-name knowledge for the rides on his two stars but Scott has rewarded his loyalty with a pair of well-executed rides.

"The jockey and my daughter Amy, who is travelling head groom, have been self-isolating in a hotel by the racecourse since Sunday, " said Tinkler. "They are locked in there for the next seven days until next Sunday, the same day when the horse travels down from us to Newmarket. Then he goes on to Chantilly next Monday. 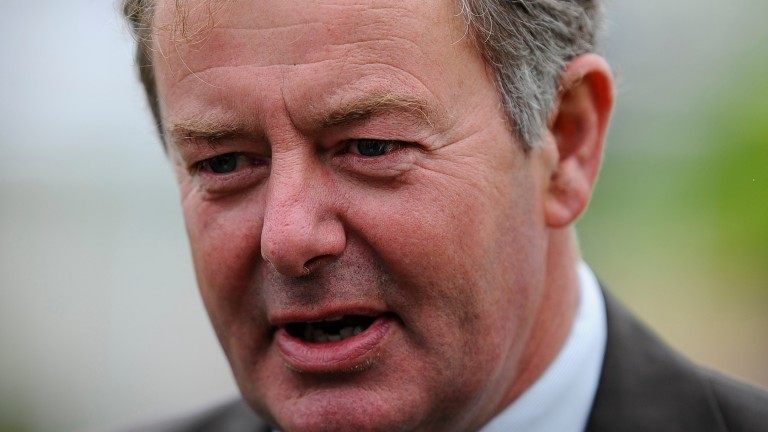 "Rowan's just done ten days so he's like a prisoner. Unfortunately he's got to do it because this is a very good horse, he's a Group winner and we like to use our jockeys where at all possible."

The Prix Sigy has been won in recent years by future Group 1 stars Quiet Reflection and Sands Of Mali and Tinkler is looking forward to getting Ubettabelieveit's season under way.

"He's absolutely fine and he's grown – not so much in height – he's got stronger. We couldn't be more pleased with him and it's the only Group 3 for three-year-olds in the calendar," said Tinkler, who is giving Acklam Express a short break before a potential return at York's Dante meeting.

Among the entries for the Sigy are the James Tate-trained Victory Heights and Zoetic for James Ferguson, while the unbeaten Chez Pierre could line up for Francis Graffard.

Harry Cobden out for six weeks after suffering cheekbone fractures

FIRST PUBLISHED 10:03AM, APR 15 2021
I was home just long enough to have a sit on him on Saturday morning to give him a piece of work and he feels as good as ever