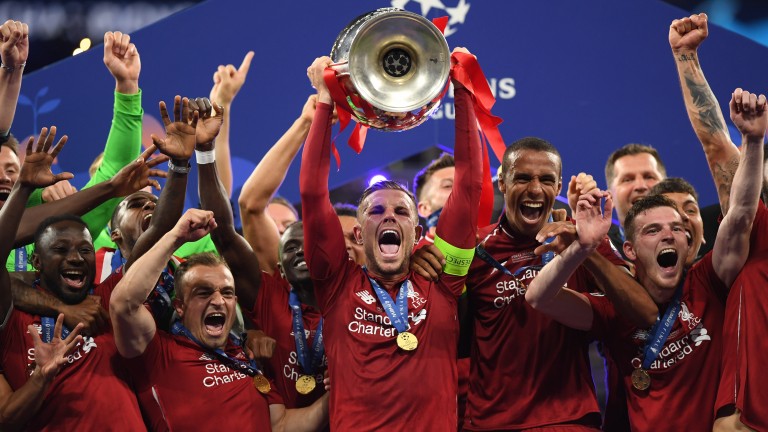 The Anfield faithful know you'll never walk alone, but five of Liverpool's most famous footballers will be hoping to see their horse come home alone in front when Mr McCann makes his debut for an extremely famous group of owners on Tuesday.

To complete the red connection, the Kodiac colt is named after the club's press officer Matt McCann and is trained at Liverpool legend Michael Owen's Manor House Stables by Tom Dascombe. 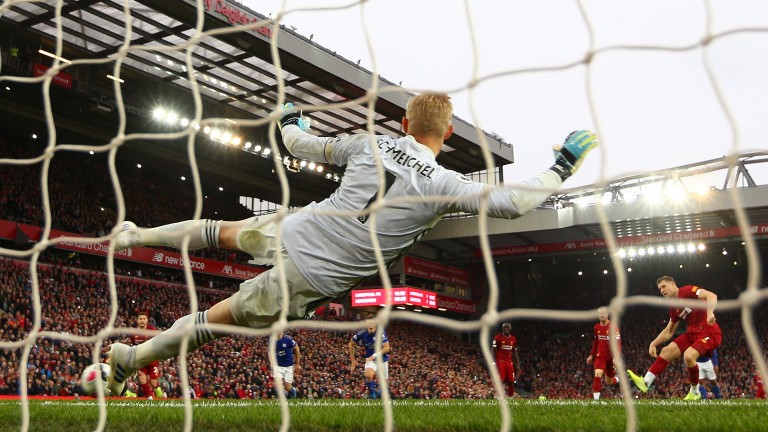 James Milner: one of six star footballers out to hit the target at Leicester with Mr McCann
Clive Brunskill

Henderson and Alexander-Arnold were last week named in Gareth Southgate's provisional 33-man squad for the delayed Euro 2020 championships. Together with their four fellow owners they have multiple international caps and a combined Twitter following of just under ten million people.

Mr McCann's rider Richard Kingscote will carry the largely red silks of AJT Group – the 'AJT' referring to the initials of their first names – and is certain to create considerably more interest in the British Stallion Studs EBF Novice Stakes than the race would otherwise attract.

£65,000 2yo; pedigree would suggest he'll benefit from longer trips

"It's great a few of the lads have decided to get involved in racing," said Owen. "We've been keeping them regularly updated on their horse's progress and a couple of them have been down to Manor House Stables to meet him and watch him on the gallops."

Dascombe, who has enjoyed introducing Milner and Oxlade-Chamberlain to their horse, is looking forward to seeing Mr McCann line up against five rivals in the five-furlong event. 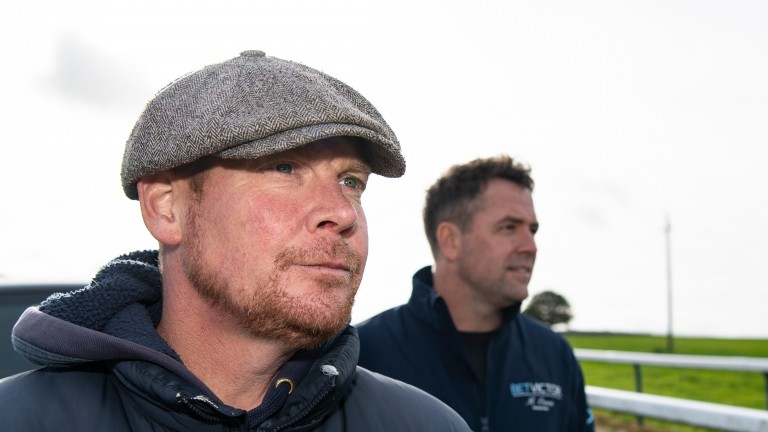 "He's a £65,000 breeze-up horse who we liked at the sales and he has done nothing wrong since he's been here," said Dascombe. "I'm sure that like a lot of our horses he'll improve for the run, and I'll be very disappointed if his owners don't have some fun with him.

"We had a bit of a laugh on Saturday as we galloped Mr McCann upsides Sir Alex Ferguson's two-year-old Red Power, so we had Liverpool versus Manchester United. I'm not going to say which side won!"

Milner has already taken a close interest in racing this year due to the success of Mrs Milner in the Pertemps Final at the Cheltenham Festival.

To save me replying to everyone who’s WhatsApp’d me...

YES - I backed it

YES - the wife is demanding all the winnings #winnerwinner pic.twitter.com/BztfPZk0Ik

Following the race, he tweeted: "To save me replying to everyone who's WhatsApp'd me ... YES I backed it; NO it's not my horse; YES the wife is demanding all the winnings."