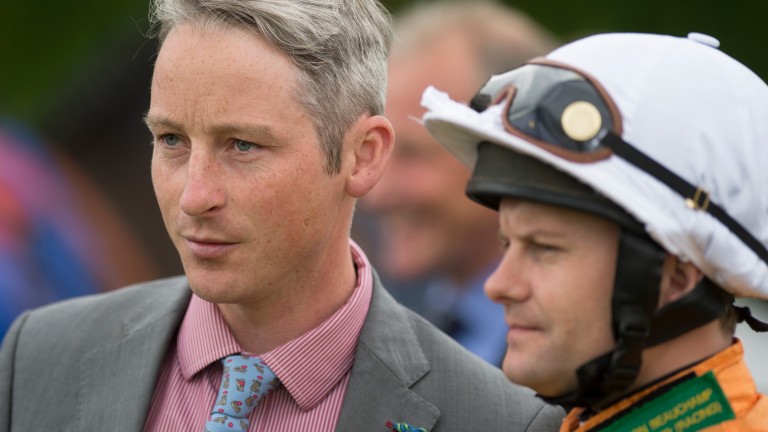 Think your luck is bad? Spare a thought for Liam Jones who will end 2021 exactly as he started it – on the sidelines recovering from a serious injury.

In March he returned from 18 months of rehab after sustaining hip and stomach injuries in a stalls accident that nearly ended his career. Eight winners and 137 rides later he is back in hospital after another freak accident.

On Monday morning Jones was riding out for William Haggas when a horse reared up, slipped and fell on his leg, breaking his leg in three places.

"It's broken in three places just above the ankle," he said from Addenbrooke's Hospital on Wednesday. "I had an operation to clean it as the bone came through the skin, so it was an open wound. They also did a skin graft. I need to wait for the swelling to go down before I can have the surgery but hopefully that will be in the next week."

That matter-of-factness comes from a man who has been here before, with the 36-year-old doing some shadow stewarding during his latest layoff in case he never made it back to the saddle.

The prognosis this time is nowhere near as bleak and while he is yet to get a timescale from the specialists, Jones hopes to return once again by March.

"They haven't really mentioned a timescale yet, which is difficult, but first and foremost I have to get back on my feet and then we can take it from there," he added. "Hopefully I can get home and into Sir Peter O'Sullevan House regularly and back to the grind and mobilised again.

"It may take a little longer than I was hoping because it was an open wound and a compound fracture, rather than a normal break. It's another hurdle to overcome but I'm strong enough and willing enough to get it done. Whatever it is, three or four months, I'll be back.

"I want to get back as quick as I can because I was just getting going again. I was going to stay here and ride on the all-weather this winter to build my contacts back up, I had a few stables to ride for. William Haggas had a few and I was going to ride for Henry Spiller, I was getting a few rides for Dean Ivory as well. My agent Anna Wallace was doing a good job of getting the ball rolling."

FIRST PUBLISHED 11:35AM, DEC 1 2021
I'm strong enough and willing enough to get it done. Whatever it is, three or four months, I'll be back