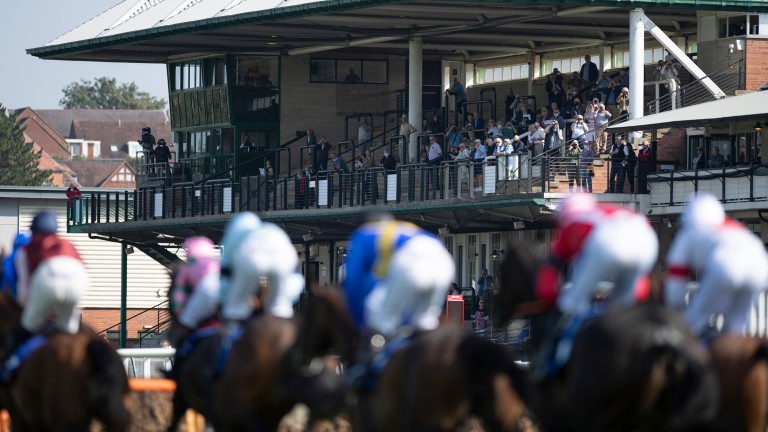 Hopes are high that Saturday's feature meetings at Kempton and Warwick, which both play host to the ITV4 cameras, will go ahead with no problems, although an inspection has been called at the latter track.

Temperatures at the two tracks are expected to dip to -1C tonight, but should rise to 5C on raceday.

Warwick hosts a seven-race card, with the £100,000 Agetur UK Ltd Classic Handicap Chase taking star billing, but must pass a 8am inspection due to the threat of frost. The track was raceable on Friday.

Tom Ryall, clerk of the course at Warwick, said: "Temperatures got down to -1C last night. Frost sheets have been down since Wednesday in vulnerable areas. We have plenty of fresh ground for Saturday."

The going was described as soft, good to soft in places on the chase course and soft on the hurdles track on Friday for the card that also features the Grade 2 Hampton Novices' Chase, starring Threeunderthrufive, and the Grade 2 Leamington Novices' Hurdle.

Barney Clifford, clerk of the course at the Sunbury track, said on Friday: "We were raceable at 11.30 this morning. Air temperatures hit -3C last night, with ground temperatures down to -4C.

"It was pretty crispy this morning, but we're up to 6C now.

"I am deliberating about calling a precautionary inspection, but if we get the forecast -1C tonight we should be fine. The track walks well, but it will ride tiring."

The going on Friday at Kempton was described as soft, good to soft in places, with frost covers deployed on take-off, landing and vulnerable areas on Wednesday.

FIRST PUBLISHED 4:45PM, JAN 14 2022
I am deliberating about calling a precautionary inspection, but if we get the forecast -1C tonight we should be fine

'Kim would have loved it' - Colin Tizzard to give grandson debut ride on Sunday What next for Sporting John? Hobbs mulls festival options for Warwick winner 'Fractious start was a factor' - Leighton Aspell with his big-race verdict 'Eerie, spooky and magnificent' - Nicky Henderson's most magical of days Mister Fisher the highlight of 821-1 Kempton four-timer for Nicky Henderson 'There is no better feeling' - relentless Stag Horn delights Scholfield