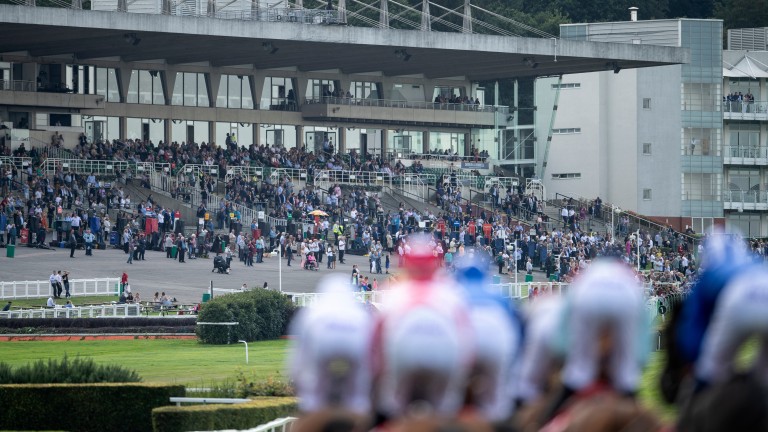 An appeal has been lodged by Jockey Club Racecourses (JCR) against the decision of the local borough council in October to reject plans for a significant redevelopment of Sandown.

The JCR plans included construction of a new six-storey 150-bedroom hotel, plus upgrades to staff accommodation, the stables, pre-parade ring and paddock. The scheme was to be funded by the construction of 318 residential units around the outskirts of the London course.

However, Elmbridge Borough Council unanimously rejected the proposal having received letters from residents expressing concerns about the green belt and increased traffic. 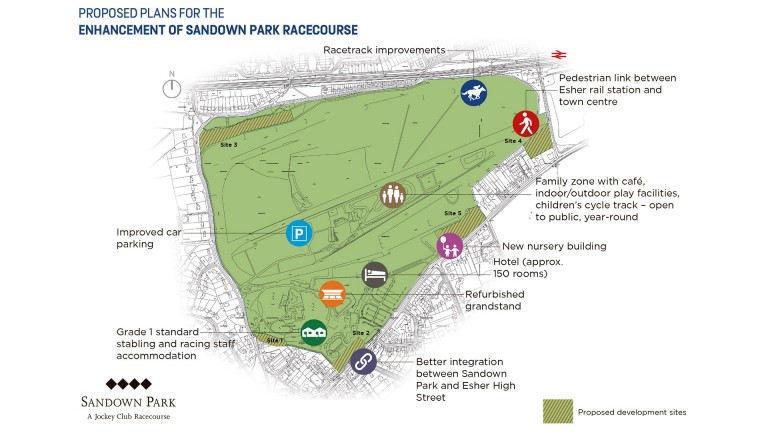 A spokesperson for JCR said: “We have now lodged an appeal after Elmbridge Borough Council turned down our planning application for improvements to Sandown Park and the discrete development at the site that was proposed to fund them, last October.

“We’re confident that the reasons why we did not receive consent from the council can be addressed, and that the proposals will bring really substantial economic, social and environmental benefits for Esher, Elmbridge and the wider area.”

The appeal, which will take the form of an inquiry, is set to be vigorously contested by the Esher Residents Association (ERA), which has urged those living in the area to write to local MP Dominic Raab, the foreign secretary, to express their views.

Linda Stotesbury, ERA spokeswoman, wrote on the group’s website: “I apologise for being the bearer of bad news during these difficult times, but the Jockey Club has submitted an appeal for their scheme at Sandown Park. The decision as to whether to allow the development will now be made by a planning inspector at an inquiry.

“Having successfully campaigned to get this application refused by Elmbridge Council in October, we remain committed to the fight.”

FIRST PUBLISHED 1:46PM, MAY 9 2020
We’re confident that the reasons why we did not receive consent from the council can be addressed