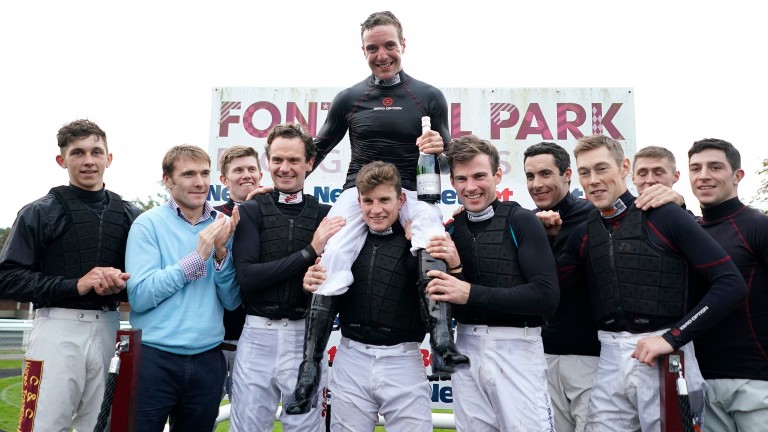 Andrew Tinkler (centre on the shoulders on Jamie Moore) is congratulated by his fellow jockeys after riding his last race at Fontwell
Alan Crowhurst
1 of 1
By David Carr UPDATED 6:10PM, OCT 23 2019

Dual Cheltenham Festival-winning jockey Andrew Tinkler brought down the curtain on his riding career after finishing fourth on Diva Spirit in the mares' bumper at Fontwell on Wednesday.

After his final ride Tinkler, who has ridden around 450 winners over the last two decades, was presented with a bottle of champagne and congratulated by his fellow jockeys.

Tinkler is quitting the saddle to work full-time with former weighing-room colleague Charlie Poste's horse preparation business. He stressed: "This is a positive thing. I'm not retiring, it's a change of career – retiring is slippers and pipe and dominoes in the pub, but I'm sure I'll be working harder than ever!" 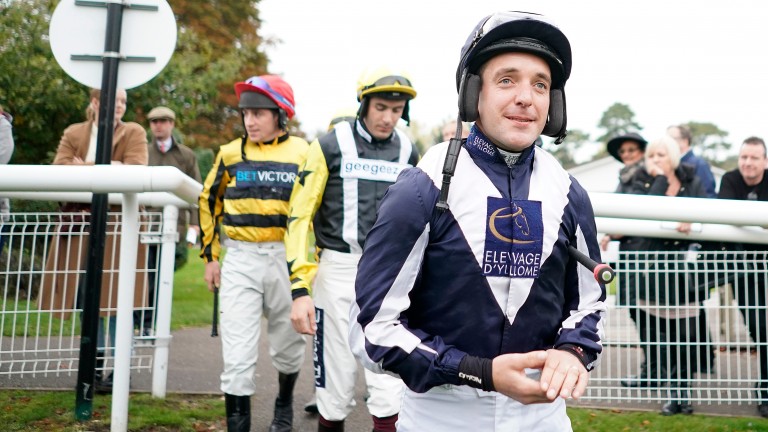 Tinkler, 34, has a five-month-old daughter with his wife Sophie and said: "I'm sad to stop as I'll miss race-riding, but there's a lot more to being a jockey than just that.

"I've spoken to my father and my uncle who both had to make the same decision and it's an incredibly tough one. But it's one I feel I had to make. Physically I'm fit, healthy and happy, and it's good to go out on my own terms.

"Over the last couple of years I've been working alongside Charlie Poste and his wife Francesca with their thriving business in Warwickshire, preparing young store horses for what we hope is a bright future. I adore seeing them progress and I'm glad to be a part of it. 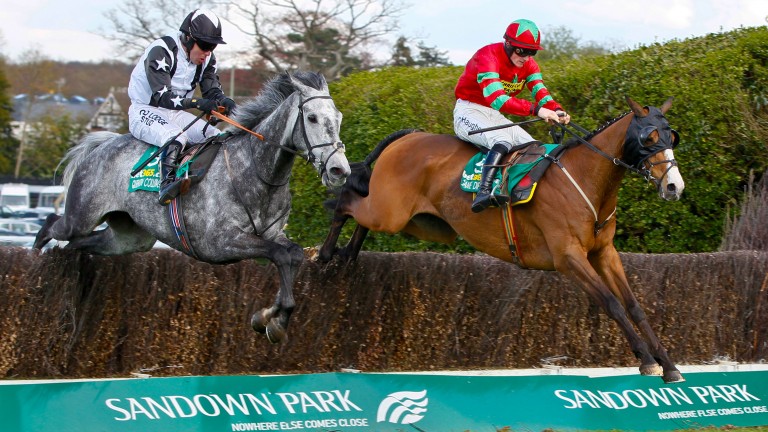 "My time there has increased and my priorities have been leaning towards that side of the racing industry. It's important I make a decision to do one job very well and in this game you have to be a million per cent committed."

Tinkler, who has also recently qualified as a jockeys' coach, rode two Cheltenham Festival winners for Nicky Henderson, on Greenhope in the Grand Annual Chase in 2006 and on Call The Cops in the Pertemps Hurdle Final nine years later.

"I've had a fantastic time," he reflected. "I've ridden for some of the best owners – JP McManus, the Queen, Sir Alex Ferguson and Trevor Hemmings. I've been given the chance to ride in some big races and incredibly lucky that I've been able to win a few. 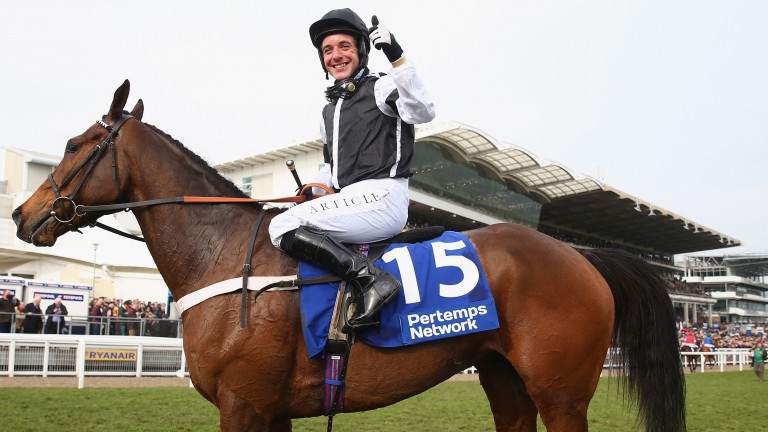 "My second Cheltenham Festival winner meant a lot. The first came very early in my career and I probably thought this racing game was easy. I soon learned it wasn't and I appreciated the second much more, a lot more hard work had gone into it.

"I took great pleasure in winning the bet365 Gold Cup on Quentin Collonges for Henry Daly, who I rode a lot of winners for alongside Nicky Henderson and George Baker. I'm really grateful to all those who supported me over the years, including my agent Dave Roberts, my valets, my colleagues and my family."

FIRST PUBLISHED 6:08PM, OCT 23 2019
I'm not retiring, it's a change of career – retiring is slippers and pipe and dominoes in the pub, but I'm sure I'll be working harder than ever!