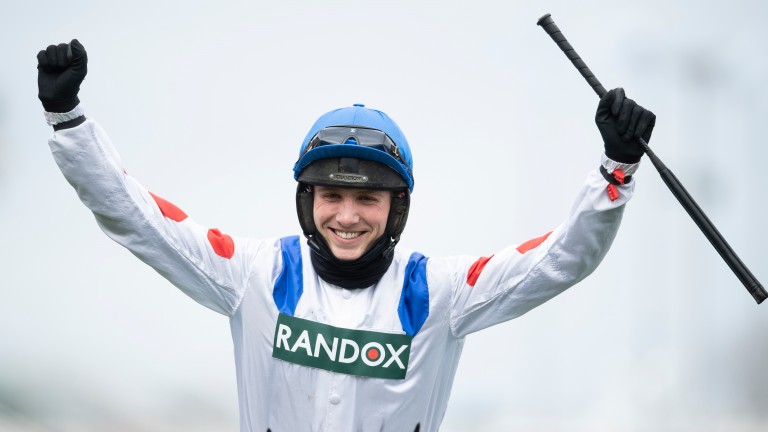 Harry Cobden will make his return to the saddle on Friday having had a longer than expected spell on the sidelines following a heavy fall at the Grand National meeting in April.

The multiple Grade 1-winning jockey suffered fractured cheekbones when Lucky One came down in the Mersey Novices' Hurdle at Aintree for his boss Paul Nicholls, which ruled him out of his National ride on Give Me A Copper.

Cobden had hoped to return within a couple of days and continue his challenge for last season's jump jockeys' championship, but he was ruled out for the remainder of the season when scans showed the injury to be worse than originally feared.

Cobden will have his first rides for eight and a half weeks on Friday evening at Newton Abbot, with two mounts for Nicholls. He returns aboard Stanley Stanley at 6.35 before riding Getaway Trump in the £22,500 feature handicap chase (7.10).

"All's well and I'm back to full fitness. It's taken a bit longer than I thought to get back, but I wouldn't have had many rides anyway," he said on Tuesday. "I've been waiting on an eye test but I managed to get the paperwork done and hopefully that'll be sorted today.

"I'm excited to be back. Last year was fantastic and it was a shame the season ended the way it did, but I've had a nice break and I'm really looking forward to doing what I know best again." 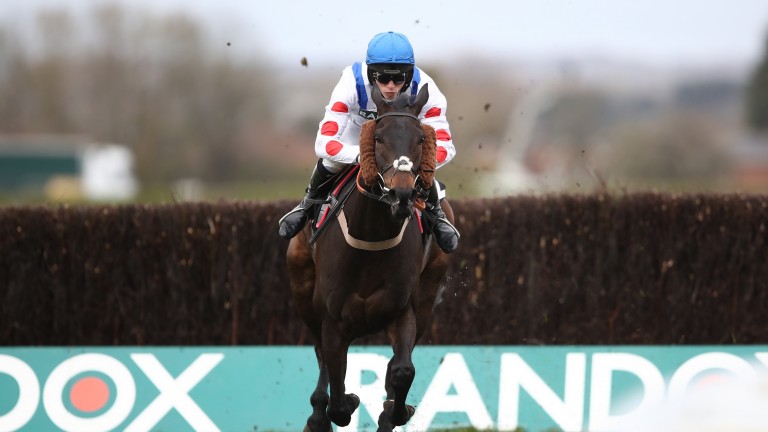 Cobden kept himself busy away from racing while injured, which helped him refresh his mind and body following a gruelling 2020-21 season that saw him notch a career-best 123 winners.

He added: "I've turned my hand to a few different things at home and I've really enjoyed it. I've been on the farm, out on my uncle's boat fishing and making a few quid here and there.

"It's been good fun and I've loved every single minute of it. It's nice to do something different and have that break. It takes your mind off racing and makes you relaxed."

As well as landing three Grade 1s last season – including a memorable double on Monmiral and Clan Des Obeaux on the first day of the National meeting – Cobden also finished third in the jockeys' championship and is eager to challenge once again, despite missing the start of the new season.

"I've given the other boys a head start, but if I can get the ball rolling through the summer and have a few winners, I'll definitely have another go at it," he said.

"If I get in a position near Harry [Skelton] and Brian [Hughes] I'd go all out, but for now it's all about getting it right and not letting any races get away from you."

FIRST PUBLISHED 8:00AM, JUN 9 2021
All's well and I'm back to full fitness. It's taken a bit longer than I thought to get back, but I wouldn't have had many rides anyway