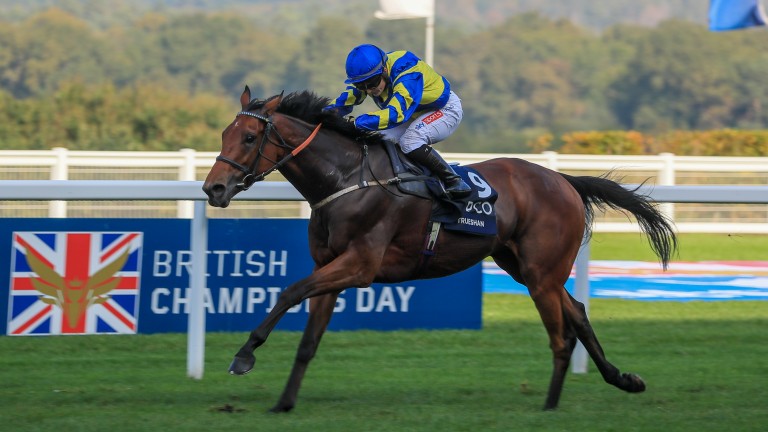 The ground may be too quick for Trueshan to return to Ascot
Mark Cranham (racingpost.com/photos)
1 of 1
By David Carr UPDATED 10:08AM, JUN 14 2022

Alan King said on Sunday that it is unlikely long-term ante-post favourite Trueshan will run in the Gold Cup at Royal Ascot.

The six-year-old was a late withdrawal from the contest 12 months ago due to unsuitably quick ground and looks set to miss out again with the going officially good to firm, good in places at Ascot on Sunday.

King has made no secret of how much winning the Gold Cup would mean to him, and Trueshan carries strong claims after winning the Group 1 Goodwood Cup and Prix du Cadran last year, plus the last two British Champions Long Distance Cups.

"It's hard to see him running," King said. "I fear the ground is only going to get firmer, the forecast is for the temperature to get into the high 20s by the end of the week.

"There is an option that he could still get declared on Tuesday but it looks very unlikely that he will actually be able to run.

"It will be frustrating but it won't actually be that difficult a decision as we don't want to harm him by running him on unsuitable ground – and we can't change the weather." 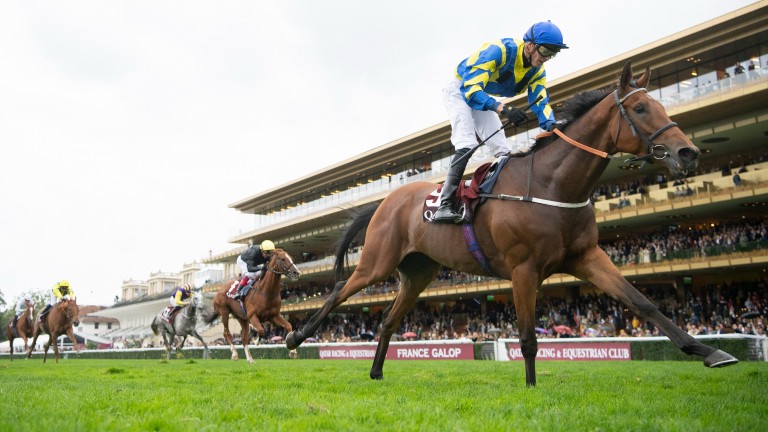 Trueshan has drifted in the Gold Cup betting with the dry forecast
Edward Whitaker (racingpost.com/photos)

However, an alternative option at Royal Ascot could be available for Trueshan just 48 hours later if rain comes in time for the final day of the meeting.

King said: "I'll probably put him in the Queen Alexandra Stakes, just in case the weather breaks at the end of the week."

With the dry forecast at Ascot currently set to extend to the weekend, the top-rated stayer could again be re-routed to the William Hill Northumberland Plate at Newcastle, where he would carry 10st 8lb and give 15lb to his nearest handicap rival.

He finished sixth in the race off a BHA mark of 118 last year, when his weight of 10st 4lb was offset by Rhys Clutterbuck's 5lb claim, and he is rated 120 now.

King said: "He's in the Northumberland Plate again and I wouldn't really want to go there again but he might have to.

"He'd have even more weight than last year but I always said he won the Goodwood Cup because he had a run at Newcastle. It is a long time to wait until Goodwood and we'll try to get him out somewhere."

The latest forecast for Ascot suggests it will be a dry week through to Saturday, with temperatures rising to 26C on Friday and watering set to resume on Monday.

Leading trainer and jockey at Royal Ascot: who goes to the meeting in form?

FIRST PUBLISHED 3:00PM, JUN 12 2022
I fear the ground is only going to get firmer, the forecast is for the temperature to get into the high 20s by the end of the week