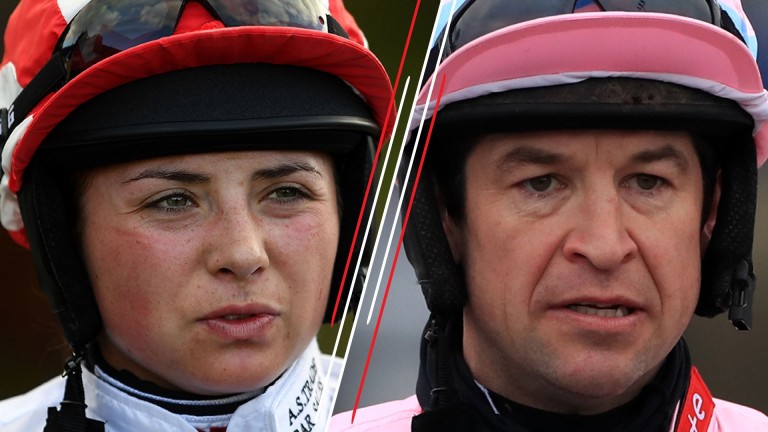 The three members of the BHA judicial panel witnessed the following exchange during the questioning of Bryony Frost on day two of Robbie Dunne's disciplinary hearing. It related to an incident that took place in the weighing room after the handicap chase at Southwell on September 3, 2020, in which Dunne and Frost both rode and Dunne's mount Cillian's Well was fatally injured in a fall.

Roderick Moore (defence barrister): I want to take you through Mr Dunne's account and understand where the differences occur . . . He says: "When I was back in the male changing room, Miss Frost was at the table. My estimate would be that 30 to 40 people could hear me that day." Do you agree with that?

RM: The next bit: "As I walked behind Miss Frost I said something like, 'I'll put you through a wing . . . it's the only way you'll ever learn because you repeatedly do this." Do you agree he said those things?

RM: Tell me which bits are wrong or which bit is missing?

BF: Off the top of my head . . . he promised me he was going to hurt me and he was going to put me through a wing. He said: "I promise I will hurt you." Those were the main words that stood out to me. No one [else] has ever said they were going to hurt me or put me through a wing. It was the promise and . . . the way he delivered it at such a time that made me very much believe he wanted to.

RM: I think that's the main dispute between us, Miss Frost.

RM: And she's being asked questions . . . You've been riding quite a long time now . . . do you know of any occasion where a jockey has in fact been put through a wing?

RM: It may have happened in the bad old days but it doesn't happen these days . . . does it?

BF: . . . when someone says something to you, that's what you believe they want to do to you, otherwise why else would they say it?

BF: I don't know about any other jockeys . . . but if I talk about myself, I would never threaten or intentionally scare someone through my words by saying I would put you through a wing or I promise I'm going to hurt you. I believe what you say is what you want to do.

What has Robbie Dunne been accused of in the Bryony Frost hearing?

FIRST PUBLISHED 5:19PM, DEC 1 2021
When someone says something to you, that's what you believe they want to do to you, otherwise why else would they say it?