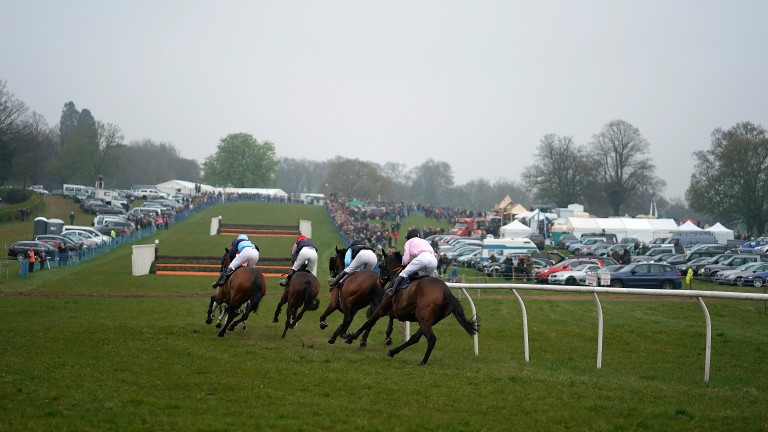 Irish point-to-pointing was suspended on January 13 and will not return until April 5 at the earliest
Alan Crowhurst (Getty Images)
1 of 1
By Mark Boylan UPDATED 4:36PM, FEB 25 2021

The Irish National Hunt Steeplechase Committee has formally written to all of the point-to-point committees in Ireland telling them there will be no fixtures until at least April 5 and as long as Level 5 restrictions are in place.

Point-to-pointing was shut down on January 13 following government advice and hopes had been pinned on a return to action between the flags after March 5, the date when it had initially been suggested that current restrictions could be eased.

However, with the exception of a phased reopening of schools, the revised Living With Covid roadmap did not reveal any change to how sporting events are held at present, with the next date for a potential adjustment to the lockdown pencilled in for April 5.

The Irish Horseracing Regulatory Board is understood to be in talks with Horse Racing Ireland aimed at alleviating the backlog of young horses needing a run but no clarity could be drawn on the situation on Thursday afternoon.

IHRB spokesman Niall Cronin simply said: “We are exploring a number of options with HRI.”

The suspension of the point-to-point season has put significant pressure on stakeholders at a time when 'approved equestrian events', such as showjumping, have been allowed to continue behind closed doors.

Many point-to-point horses have been competing under rules during the shutdown, but leading trainer Sean Doyle says the continued cancellation of track meetings due to the wet weather has been particularly unhelpful, especially given the high demand for bumpers and maiden hurdles.

"We're hanging on by the skin of our teeth," said Doyle. "As bad as things are, everything is going worse with the rain being so bad and getting into races on the track is a disaster. Meetings being cancelled isn't making anything easier."

He added: "At least if we had April 5 as a date we could work towards we'd take it, rather than hoping to be back in two weeks, and then another two weeks and so on.

"Hopefully the weather stays on our side when point-to-points do return and that we get plenty of meetings in the month of April, because so many of the point-to-point handlers don't have training licences and it's just not doable to go to the track. Point-to-points are essential and at some point they have to return."

Doyle, who has 40 four-year-olds and ten five-year-olds in training, struck with well-backed bumper winner Longque at Down Royal this month.

He said: "We'll probably have to train a few more horses for bumpers, but we've been training for point-to-points for so long that you can't just turn around and change everything. We're hoping someone can reach a solution to create more opportunities."

FIRST PUBLISHED 8:00AM, FEB 25 2021
As bad as things are, everything is going worse with the rain being so bad and getting into races on the track is a disaster