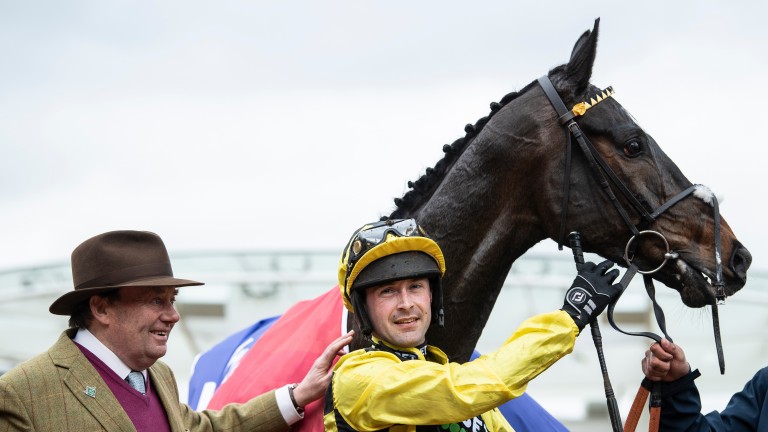 Aidan Coleman will be aboard the exciting Jonbon at Newbury on Friday after Nico de Boinville was hurt in a schooling fall at Nicky Henderson's Seven Barrows yard on Thursday morning.

A brother to former Willie Mullins superstar Douvan, Jonbon was a point-to-point winner last year before being bought by JP McManus for £570,000.

He was put into training with Henderson and made a fluent debut for the yard at Newbury in March, recording an easy bumper win in the hands of De Boinville, who had been declared to ride the five-year-old, but will miss out.

Henderson said on Thursday morning: "Nico's had a fall and Aidan Coleman will ride. I suspect Nico's got some broken ribs, but we'll see. 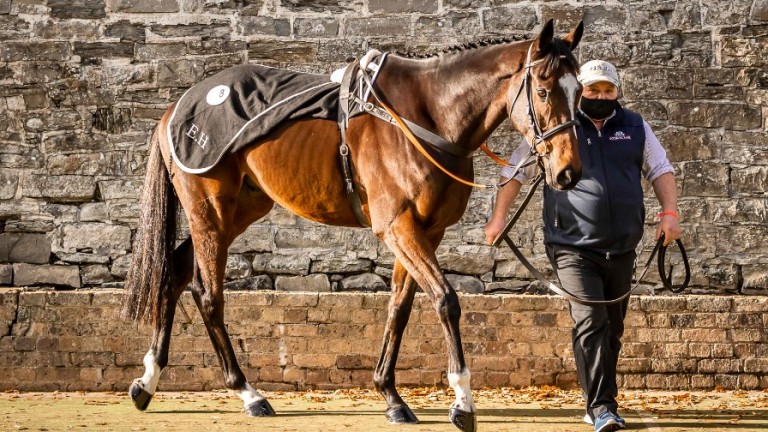 One of the most talked-about youngsters at Seven Barrows, Jonbon has a lot to live up to as his big brother was an eight-time Grade 1 winner and two of those victories came at the Cheltenham Festival in the Supreme Novices' Hurdle and Arkle.

That is the dream for his sibling, who is forecast to start odds-on for a Ladbrokes-sponsored 2m½f maiden hurdle (1.15) that Henderson has targeted before, winning it with Son Of Camas, Jenkins, Buveur D'Air and Different Gravey in recent years.

If the six-time champion trainer is to win it again, it will be without his stable jockey De Boinville, who seems set for a spell on the sidelines.

His setback has opened to the door for Coleman, who was already in store for a big day at Newbury on Friday as his 2019 Stayers' Hurdle hero Paisley Park runs in the Ladbrokes Long Distance Hurdle, the Grade 2 feature on the card and one of five races live on ITV3.

Coleman has become something of a go-to jockey for McManus since the retirement of retained rider Barry Geraghty last year and is due to partner the owner's Epatante in the Betfair Fighting Fifth Hurdle (3.15) at Newcastle on Saturday – a race in which the pair struck 12 months ago.

FIRST PUBLISHED 11:16AM, NOV 25 2021
James Bowen will now ride Mister Coffey in the novice handicap chase and Daryl Jacob will be on Cascova in that