Latest OUT OF ACTION 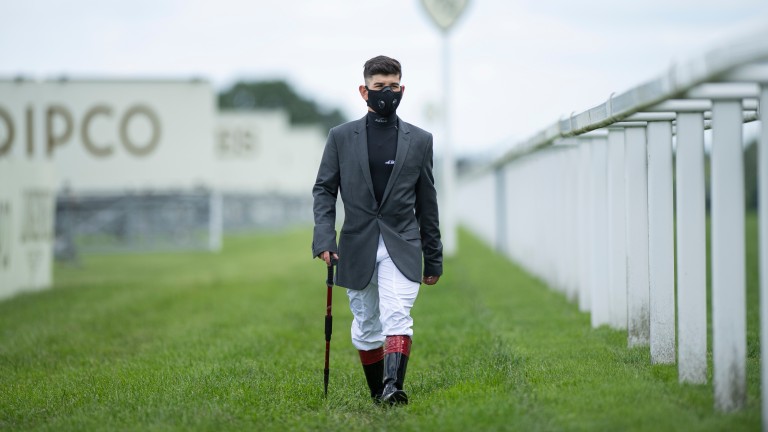 Marco Ghiani: has had his best month since September 2019
Edward Whitaker (racingpost.com/photos)
1 of 1
By Peter Scargill UPDATED 4:26PM, JAN 7 2021

Red-hot rider Marco Ghiani has been banned for 20 days by a disciplinary panel after being found to have allowed his mount to drift right without sufficient correction at Wolverhampton last month.

The matter was referred to the disciplinary panel, which is independent of the BHA and heard the case on Thursday, as apprentice Ghiani, aboard the Michael Blake-trained Fard in a 6f handicap, had received bans totalling more than 20 days in the previous six months.

Ghiani will be unable to ride on January 15 and misses 14 days between January 20 and February 2, with the remainder of his suspension deferred for three months. He is also due to spend February 2 at the British Racing School (BRS) as part of the panel's ruling.

The 21-year-old, who is based with Stuart Williams in Newmarket, has ridden seven winners in the past two weeks, with his six winners so far in January his best monthly total since he partnered nine in September 2019.

He said: "I'll be working with my jockey coach to try to make sure I don't get into this position again. I've started the new year well and am having a few winners and a few placed horses, so hopefully it can keep going.

"Stuart's been really supportive and is having a few winners too, so hopefully it can continue."

Due to the national lockdown in place in England because of the coronavirus pandemic, the BHA stated the final day of Ghiani's suspension, due to take place at the BRS, will be held over from February 2 if he is unable to attend on that date.

FIRST PUBLISHED 3:18PM, JAN 7 2021
I’ll be working with my jockey coach to try and make sure I don't get into this position again

Poignant victory for the Queen as all roads lead to Royal Ascot for Tactical Britain and Ireland to use same weight-for-age jumps scale in 2021-22 season Handicapping system to be examined as BHA ponders response to Irish dominance Scottish Grand National moved to Sunday as mark of respect to Duke of Edinburgh 'He was such fun' - racing pays tribute to Prince Philip, the Duke of Edinburgh