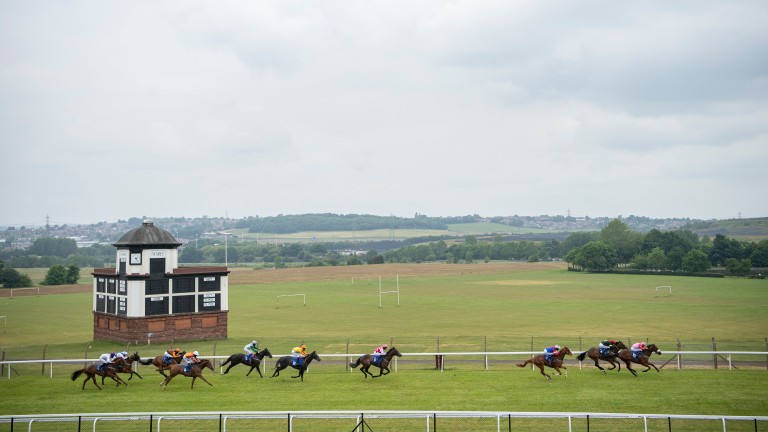 Pontefract: parkland is situated at the centre of the course
Edward Whitaker
1 of 1
By Andrew Dietz 4:27PM, AUG 1 2020

Catching pigeons is a common phrase in racing, but saving swans was the talk of Pontefract on Friday.

Jockey Danny Redmond put his down time between races to good use by coming to the rescue of a distressed mute swan.

With time to kill on the hottest day of the year, the Irish apprentice went to cool off by the lake in Pontefract park in the centre of the racecourse and noticed something wasn't right with the local fowl.

Jockey by day, swan whisperer by afternoon! @dannyredmund95 saves a swan in trouble this afternoon at Pontefract Lake. Hilarious commentary from the Irish lad as he gallantly pulls the swans head out to safety. Bear Grylls would be proud! pic.twitter.com/2ynl35kiqu

"I thought I'd go and paddle my feet and as I walked around the lake, I saw a swan pecking aggressively at another one," said Redmond.

"I'm no David Attenborough, but I managed to get the first swan away and noticed the other one was trapped in a drainpipe. I managed to pull the swan out and it was reunited with the others.

"I was just in the right place at the right time and am glad there was a happy ending." 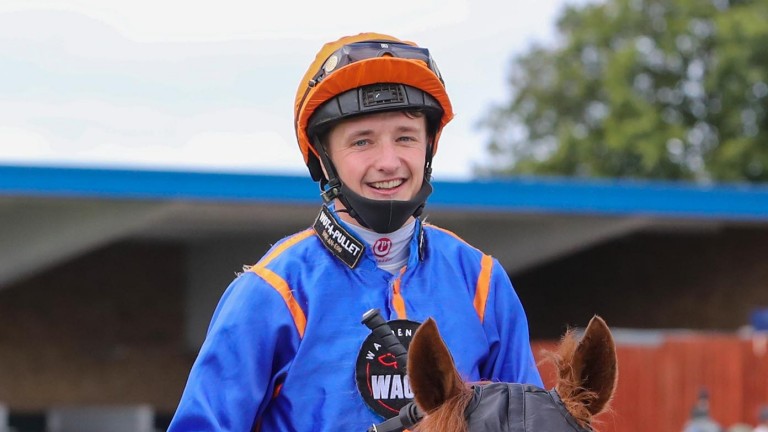 Danny Redmond is all smiles after winning at Ayr this week
John Grossick (racingpost.com/photos)

Redmond, who has ridden three winners since moving to John Quinn from Tim Easterby two weeks ago, filmed the incident on his phone and the video appeared on Pontefract's Twitter feed.

"I recorded it because I didn't think anyone would believe me and when I got back to the weighing room they were all laughing at me," the jockey added.

Swans are protected by the Queen, so after his rescue act perhaps it won't be long until Redmond is seen riding in Her Majesty's colours.

Watch and listen as race-caller is silenced by a moth

FIRST PUBLISHED 4:27PM, AUG 1 2020
I managed to get the first swan away and noticed the other one was trapped in a drainpipe