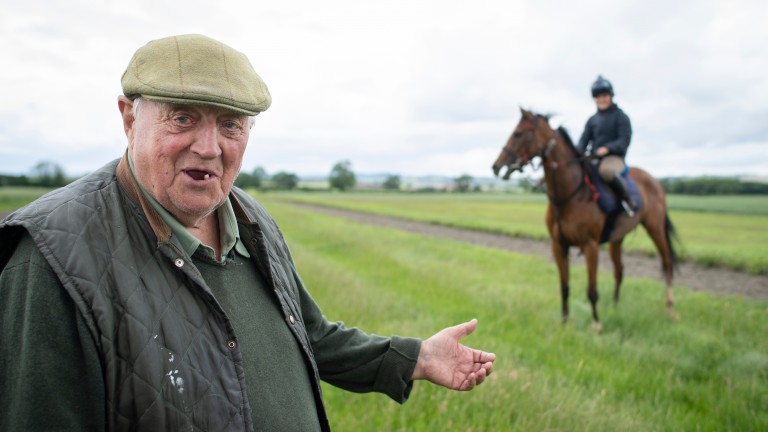 He has been training horses at Sheriff Hutton in North Yorkshire since the era of JFK and Harold Macmillan but, as he turns 90 on Tuesday, Mick Easterby is adamant he's got more racing years in him yet.

"I expect to go on to 100," said Easterby, who has trained 2,411 winners in a 60-year career and who will be represented at Wolverhampton on his big day by Bankawi.

Easterby was born two years after the Wall Street Crash and he believes a childhood dominated by first the Great Depression and then the war has stood him in good stead for surviving in an industry which has changed immeasurably during his working life.

Asked how he finds training now in comparison to when he started, Easterby said: "It's all right, I'm very good at adjusting. That is why I've got to 90. I was brought up to do without and to adjust to anything."

It is 25 years since Mick's brother, Peter, two years his senior, handed over the reins to son Tim at Great Habton, whereas Mick has carried on at the helm, with his own son David assisting him. 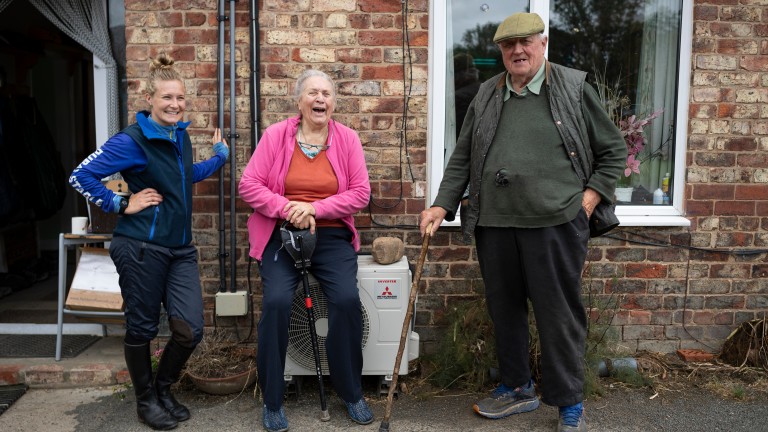 Renowned as among the very best trainers at placing his horses, he built up a fearsome reputation for laying one out, although he insists his big punting days are behind him.

And while the homebred Bankawi will head to Wolverhampton, Easterby will be celebrating among family.

"For my birthday I'm having fish and chips at home and then I'll watch Wolverhampton," he said, adding: "I don't bet much, not really. Just now and again."

Easterby trained his first winner, Great Rock, at Musselburgh on April 17, 1961, and career highlights have included a King's Stand winner in Lochnager and Triumph Hurdle hero Peterhof, who beat the future Champion Hurdler Monksfield at Cheltenham in 1976. Arguably the biggest day of all was Mrs McArdy's 1,000 Guineas triumph under Eddie Hide in 1977.

More recent stable stars included Hoof It, who landed the Stewards' Cup at Goodwood for golfer Lee Westwood in 2011, before returning to the same venue to land the consolation race in 2016 at the age of nine.

Asked what motivated him to keep going in the sport, Easterby said: "I enjoy everything to do with racing. You should learn to appreciate everything in life. I've always accepted things as they are and there's no point getting excited about everything."

Mick Easterby: three for the ages 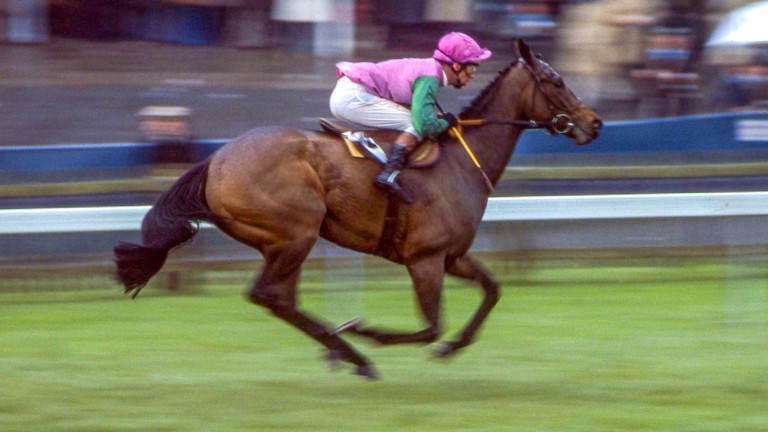 1977 1,000 Guineas winner Mrs McArdy, who was bred by Lord Grimthorpe and trained by Mick Easterby for Bill and Edith Kettlewell
Mark Cranham

After four unplaced efforts the daughter of Tribal Chief began to click into gear in the summer of 1976, winning her final four starts including a valuable nursery at Doncaster's St Leger meeting.

Sent south for the first time in April of her three-year-old season, Mrs McArdy won the Free Handicap under Taffy Thomas before springing a 16-1 shock in the 1,000 Guineas, BBC commentator Peter Bromley declaring her the winner "in a common canter" at a rain-lashed Newmarket.

After failing to stay in the Oaks she then won the Fen Ditton Handicap and York's Strensall Stakes before being sold to the US tyre magnate Bertram Firestone for a then-record 154,000 guineas.

Yorkshire-based clothing magnate Adrian Greenwood bought Mr Snugfit – named for his company's line of slacks – as a yearling at Tattersalls in 1978 before approaching Easterby outside the ring to ask if he would train him.

Easterby told his new client he would need to be patient and, while he won twice over hurdles and nine times over fences, Mr Snugfit came agonisingly close to landing the biggest race of all when heavily backed for the 1985 Grand National under Phil Tuck, only for the roguish Last Suspect and Hywel Davies to run the pair down 50 yards from the Aintree winning line.

Mr Snugfit was sold to Terry Ramsden shortly before the 1986 National and again ran a big race, finishing fourth to West Tip.

While 1976 champion sprinter Lochnager was arguably the classiest five- and six-furlong horse to pass through Easterby's hands, few have enjoyed the public following of Hoof It. 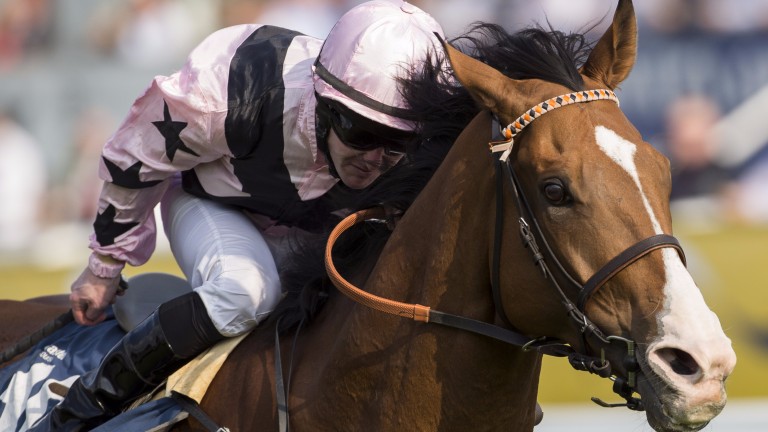 Carrying the colours of sports agent Chubby Chandler and his most famous client, golfer Lee Westwood, Hoof It ran up a hat-trick in the month of May as a three-year-old and won twice more the following year before defying top weight to land the 2011 Stewards' Cup, favourite-backers rarely having cause for worry under a cool ride from Kieren Fallon.

He came close to topping that effort two months later when going down by a quarter of a length to Dream Ahead and Bated Breath in the Haydock Sprint Cup, a race he would again be placed in behind Gordon Lord Byron two years later.

He continued to mix Group and handicap company but did not win again until the St Leger meeting of 2015, before scoring the last of 11 career wins when getting up to win the 2016 Stewards' Cup consolation race by a neck under the 5lb claim of Nathan Evans.

'I had a right decent bet, oh I love it!' - the best quotes from Mick Easterby

The Easterbys: brothers, businessmen and a real good laugh

Easterby green jacket makes a 'monkey' and stays in Yorkshire

FIRST PUBLISHED 7:26PM, MAR 29 2021
I enjoy everything to do with racing. You should learn to appreciate everything in life