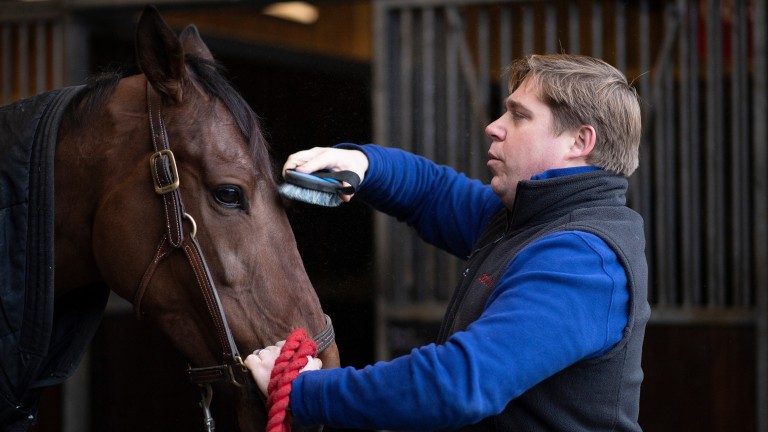 Dan Skelton won't be running scared of Shishkin in the Arkle Chase at Cheltenham and is even relishing the prospect of taking him on beforehand should the festival favourite cross paths with Allmankind at Warwick next month.

Skelton was talking to the Racing Post for a big interview in Sunday's edition, in which he reflected on a red-hot run of success in December when Allmankind and Shan Blue won Grade 1 novice chases and Nube Negra upset Altior in the Desert Orchid Chase at Kempton.

And the trainer vowed to continue to campaign his star horses aggressively, with Allmankind set to run in next month's Kingmaker Novices' Chase at Warwick regardless of whether that would mean facing Nicky Henderson's hugely exciting Shishkin.

Members' Club: how Dan Skelton might have given us a tantalising glimpse of the future

"These horses have been given the time to grow and mature, to be ready when they enter that two-year window of excellence, and then they have to run, because they soon get to 11 years old and you wonder why you didn't have a go at a few more of the big races," said Skelton.

"So that's why I'll gladly let Nube Negra have a rematch with any of the horses he beat at Kempton and I'd expect the result to be the same, and why Allmankind will go to the Kingmaker at Warwick, and if Shishkin turns up, we'll have that fight there and then, no problem, and have a rematch in the Arkle.

"If we get beat, we get beat and we go again, and I think that's an approach racing needs to embrace. The whole idea of needing an undefeated champion and having a whole season that revolves around Cheltenham isn't good for the sport." 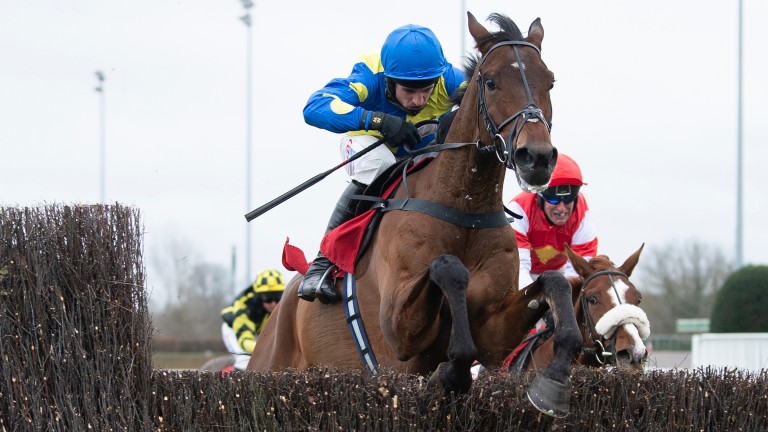 Shan Blue: could drop back in trip for his next start
Edward Whitaker

Skelton also mooted a February prep run for Shan Blue, who is likely to drop back in trip after winning the Kauto Star Novices' Chase at Kempton over Christmas.

"Our strength is that we can drop back in trip [with Shan Blue]," said Skelton. "We can go to the Scilly Isles, because Sandown will suit him, and then go for the Marsh over two and a half miles, because three miles in the RSA at Cheltenham might be too much for him at this stage and undo all the good work we've done."

Read more from Dan Skelton in the Big Read, available to members from 6pm on Saturday or in Sunday's Racing Post newspaper. Join Members' Club here.

FIRST PUBLISHED 4:00PM, JAN 8 2021
If we get beat, we get beat and we go again, and I think that's an approach racing needs to embrace