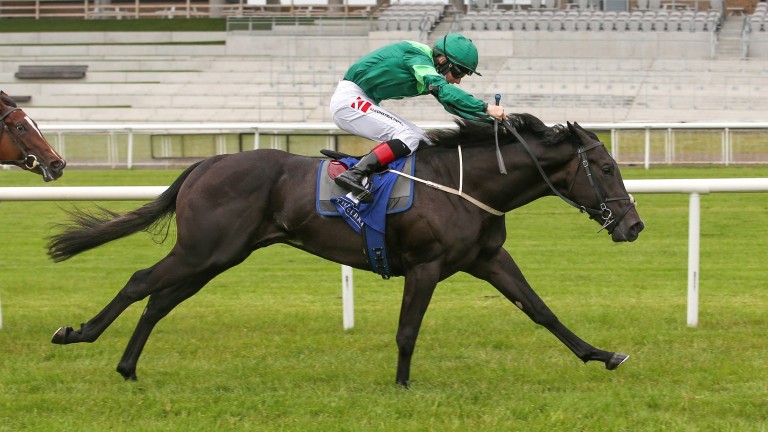 Ger Lyons is ready to "go to war" with star two-year-olds Dr Zempf and Sacred Bridge as the trainer eyes up a Group 1 double at Newmarket on Saturday.

The pair will lead a rare British expedition for the trainer, who has sent just three runners across this year but is hoping for top-level success in the Juddmonte-sponsored Cheveley Park and Middle Park Stakes.

"I've got a good record in Britain," Lyons said. "I like to be competitive and only run what we think will win.

"It's an expensive game, so if I go over there I want to be involved. We're not afraid of losing but the two horses I'm sending on Saturday are in the right races. I know they're going to be competitive and they're two nice horses to go to war with."

Lyons has yet to win the Middle Park, a race he last tried to capture in 2019 with the unbeaten Siskin who was a leading market contender before being withdrawn at the start after rearing in the stalls.

The Meath trainer is backing Phoenix Stakes runner-up Dr Zempf to fare better in his first trip away from the Curragh and is hoping the colt will emulate Siskin's Classic success next season.

He said: "Dr Zempf has always shown quality. His work has come easily to him and he's a horse we've babied along with next year in mind. I'm happy that he'll run his race and be very competitive, he just needs a little luck in running.

"He's a lovely colt and a horse we've liked from day one. He's definitely our Guineas horse. I didn't have him as a six-furlong horse this year but Colin [Keane] has always felt that he's still on the weak side so we'll keep him at this trip for now. I'd much rather be going seven furlongs with him and can't wait to step him up.

"He's still entered in the Dewhurst. Realistically it's the Middle Park or the Dewhurst but we've got a little bit of time between the races and Aidan O'Brien did it with one of his [U S Navy Flag] and he'd have all winter to get over it. It's not out of the reckoning yet that he could do the two as I'd love to see him over that distance.”

'She deserves her place at the top table'

Lyons won the Cheveley Park in 2011 with Lightening Pearl and ten years on he hopes to repeat the feat with Sacred Bridge, who remains undefeated after delivering a "visually spectacular" performance in the Round Tower Stakes to land her fourth win on the bounce.

"Every time I went racing I kept expecting something to beat her but the way she did it in the Round Tower was visually spectacular. It had the wow factor and she deserves her place at the top table," Lyons said. 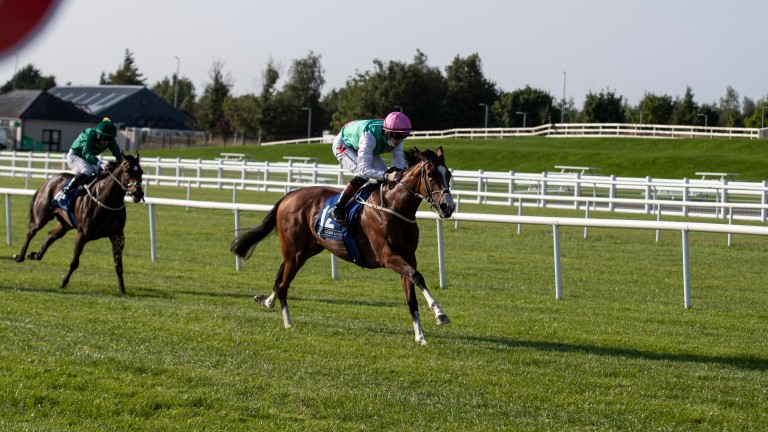 Sacred Bridge: the top-rated Irish two-year-old filly after victory in the Round Tower Stakes
Patrick McCann

"I wouldn’t change her for anything in the race. My job is to get this filly there on Saturday in good health and if she rocks up and does what she's been doing all summer then happy days, but this is a stern test."

He added: "In my head I was going to be training Group 1 winners from the start and just couldn't understand why it was taking me so long. This is why we do it. The Cheveley Park has been good to me and I'd like to win it again.

"Group 1 horses are few and far between so when you get them you cherish them."