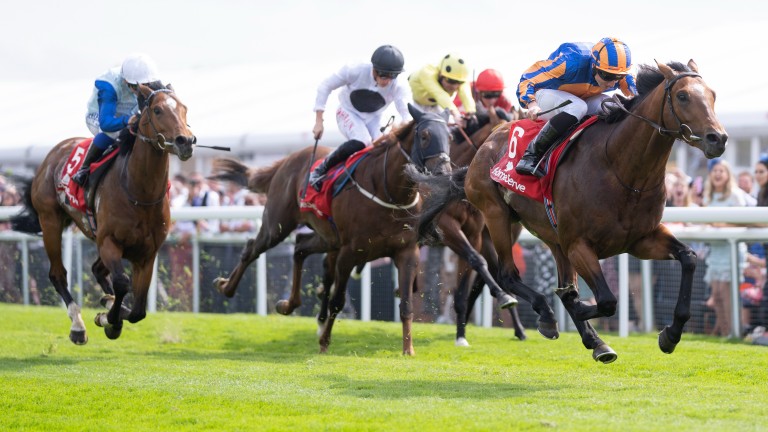 Sonny Liston (far left): finished third behind Star Of India in the Dee Stakes at Chester
Edward Whitaker (racingpost.com/photos)
1 of 1
By David Carr 7:00AM, MAY 14 2022

Charlie Hills is poised to saddle his first runner in the race that famously eluded his father after revealing that Sonny Liston is set to take his chance in the Cazoo Derby.

Barry Hills trained five British Classic winners in 42 years with a licence but had a series of frustrating near-misses at Epsom, where Hawaiian Sound was just pipped by Shirley Heights in 1978 in a finish so close that he thought, from where he was watching, his colt had actually won.

Rheingold was short-headed by Roberto in 1972 and Glacial Storm and Blue Stag were also runners-up in the Derby for a man who retired in 2011 and handed the reins over to his son.

Now Sonny Liston is set to represent the Lambourn yard at Epsom on June 4 after his third place in the Dee Stakes at Chester last week. 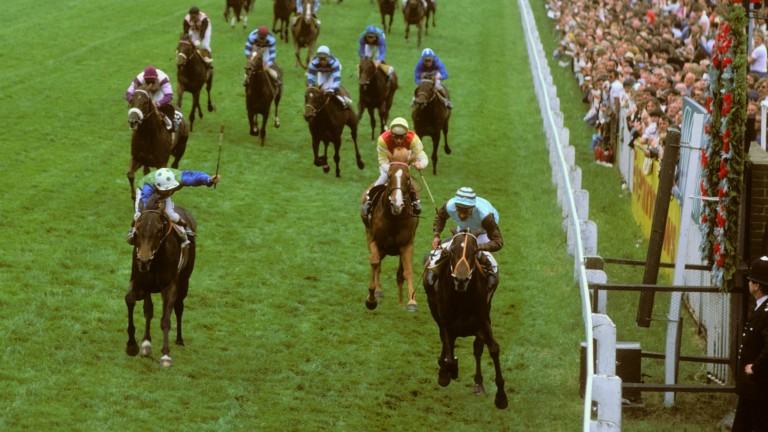 Chelsea Thoroughbreds' three-year-old came from off the pace to be beaten just over two lengths behind Star Of India there, despite racing wide off the home turn, and his trainer said: "We are leaning towards running in the Derby, which is exciting.

"He learned a lot from running at Chester, going round those bends. He showed a good turn of foot and he did well to finish as close as he did.

"He's got a lot of talent and the owners are keen. He's not too big and he's well balanced so I don't think that Epsom will be a problem."

Sonny Liston, who is also entered in the King Edward VII Stakes at Royal Ascot, is a best-priced 66-1 for the Derby, which Charlie Hills's elder brother Michael won on board Shaamit in 1996.

Watch Sonny Liston's run in the Dee Stakes at Chester

Epsom or France? Johnston team to mull over Derby options for Royal Patronage

The trials have been run - so who do our experts fancy for the 2022 Cazoo Derby?

Two short-priced Epsom favourites - and I know which one I'd rather back Classics must be the aim - so why are breeders not queuing up to use Nathaniel? Desert Crown and Baaeed pay fitting tribute to two much-missed owner-breeders Irish 2,000 Guineas confirmed runners and Buckaroo's Epsom chances Epsom legend Steve Cauthen to join ITV Derby team as Desert Crown heads 21 hopes 'He was sensational in a key workout - I was absolutely buzzing when we left'