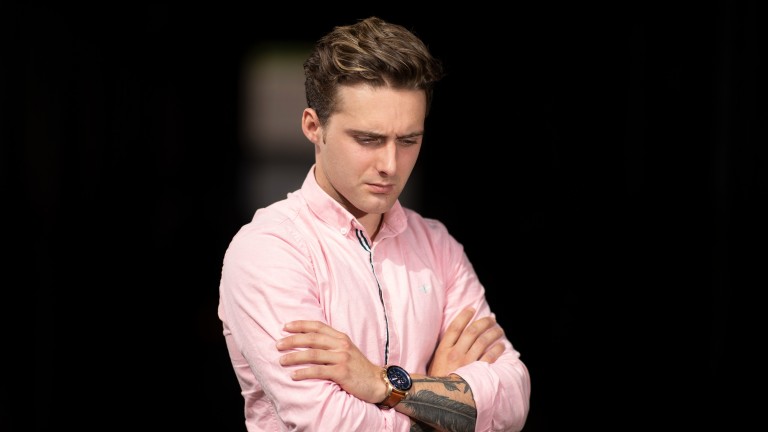 Robert Tart: rider has returned in fine form this year after nearly four years out of the sport
Edward Whitaker (racingpost.com/photos)
1 of 1
By Lewis Porteous UPDATED 11:36AM, SEP 17 2021

Robert Tart has said that the strain of riding professionally put him in such a "bad place" mentally that he was scared of even answering his front door prior to his four-year break from competitive riding.

Tart was speaking to the Racing Post for an investigation into jockeys' mental health in Sunday's newspaper, which also includes interviews with John Francome, Andrew Thornton, Harry Derham and Mitchell Bastyan.

Tart, 28, did not ride competitively in Britain for close to four years after suffering bad anxiety during a successful initial stint in the saddle but has returned in fine form this year.

"Taking a bit of time off was probably the best thing I did," he said. "Going here, there and everywhere for rides means you're running on empty all the time. It puts you in a bad place, never mind having to go to the races and sweat two or three pounds off.

"In the back of your mind you are thinking 'stick it out and grind it out', but I honestly think the break I had did me the world of good. I needed to speak out and get some direction.

"I would say it was more anxiety than depression. I lost a lot of confidence and not just on horseback. If someone knocked on the door, I'd daren't answer the door and that shouldn't be the case. I didn't even want to leave the house a lot of the time."

After seeking professional support and guidance, Tart found solace at the pre-training yard of Ed Peate during his absence from the track and has been rejuvenated by his new partnership with Newmarket trainer Jane Chapple-Hyam since returning.

"During the time off I learned a lot more about the horses and was putting that into practice with the pre-training at Ed's yard, I just seemed to be getting on with the horses a lot better than I was when I was in a bad place," he said.

"They are sensitive creatures and can sense everything. When you're in that [bad] place they know and they don't help you in the slightest. I was dreading every step and every stride and always thinking the worst. I was never positive and horses feel that, but things are really good now and I can't believe how well it's going."

Read more from Robert Tart and other current and former jockeys in the Big Read, available online for Members' Club Ultimate subscribers from 6pm on Saturday or in Sunday's Racing Post newspaper. Join Members' Club here.

FIRST PUBLISHED 11:00AM, SEP 17 2021
Going here, there and everywhere for rides means you're running on empty all the time. It puts you in a bad place