Saturday cards at Kempton and Wincanton must also pass 8am inspections 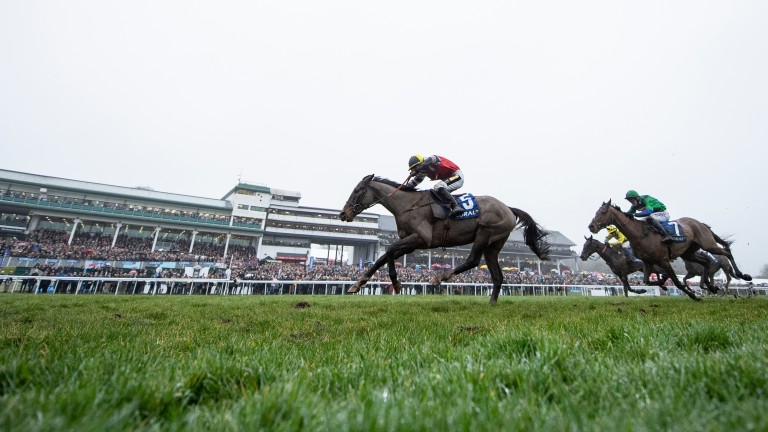 Chepstow: will hold an 8am inspection before the Welsh Grand National card on Saturday
Edward Whitaker (racingpost.com/photos)
1 of 1
By Scott Burton and Matt Rennie UPDATED 8:08AM, JAN 9 2021

Saturday's rescheduled Coral Welsh Grand National card goes ahead after the track passed a morning inspection. Wincanton, which also staged an 8am inspection, also goes ahead.

The cards form part of a bumper ITV package on Saturday, with additional action from Kempton, which is also due to inspect on Saturday morning.

Although temperatures will dip below freezing in the early hours of Saturday morning, the hope remains the card will go ahead at the second time of asking following its original postponement due to waterlogging on December 27.

Clerk of the course Libby O'Flaherty said: "We've been 2C for the majority of Friday and we haven't had any snow. There's also no frost in the ground and it's currently raceable underneath the frost sheets.

"It's a wintry forecast overnight, but the forecast for the snow is getting less and it's more likely to be a bit of sleet overnight. Temperatures will drop to around below freezing at 10pm and will be rising above it at around 9 or 10am.

"It's just another precautionary inspection. Obviously the whole track is covered and the forecast is sleety snow – which I hope there will be not a lot of – with a frost as well. We're managing expectations, but we are raceable at the moment."

The hurdles and chase courses at Kempton are raceable but officials will hold an 8am inspection, with snow forecast overnight and temperatures set fall to -2C. 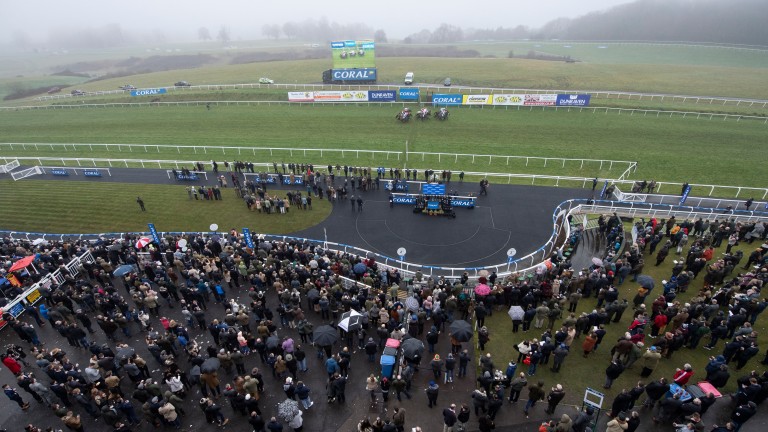 Chepstow: Welsh National card is due to form part of a bumper ITV package on Saturday
Edward Whitaker (racingpost.com/photos)

Frost covers have been deployed to takeoff, landing and other vulnerable areas since Tuesday and clerk of the course Barney Clifford said on Friday afternoon: "It's perfectly raceable here currently.

"It'll be quite tiring as the hurdles are out on what used to be the old Flat track – I expect it to ride quite dead. We're forecast for -2C tonight with a risk of snow showers, so I've called an 8am precautionary inspection on Saturday morning."

The situation has also improved for Wincanton's Saturday meeting, with the track raceable on Friday. An inspection scheduled for noon was passed, and the going is soft, good to soft in places.

An inspection has been called for 8am on the morning of racing, but clerk of the course Daniel Cooper said: "Just in case the forecast isn't quite right over night we've put in a precautionary inspection. We're raceable and we think we're going to continue to be raceable."

However, Saturday's card at Fairyhouse was cancelled on Friday due to snow and frost following an inspection. The fixture has been rescheduled for Tuesday, January 12.

Original entries stand but fresh declarations must be made by 10am on Sunday, January 10. The time of the first race will be at 11.50am.

There is a more optimistic outlook for Monday's card at Hereford and while the ground is officially described as heavy, frozen in places at the track with overnight frosts at the weekend, clerk of the course O'Flaherty is hopeful the forecast stays correct with temperatures of +6C expected for raceday.

'It would be unbelievable' – Tizzards hoping for poignant Welsh National success

FIRST PUBLISHED 10:36AM, JAN 8 2021
We're managing expectations, but we are raceable at the moment