Hollie Doyle rides: can Group 1 star keep up her flying form at Sandown? 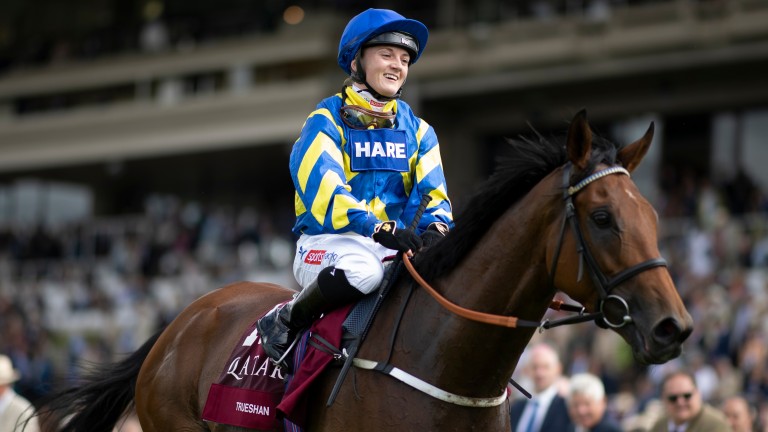 Hollie Doyle was leading jockey at the Qatar Goodwood Festival after day one of the meeting with a Tuesday hat-trick, topped by the Group 1 Goodwood Cup success of Trueshan.

The record-breaking rider, who has ridden 110 winners in 2021 at a strike-rate of 15 per cent, skips day two of the meeting to take five rides at Sandown on Wednesday evening, which we assess here.

A dominant winner at Sandown two runs ago, Sagittarius failed to follow up under a penalty at Hamilton after starting awkwardly.

Doyle had been aboard the juvenile when he made his debut at Wolverhampton and he does not appear to be too harshly treated for his first start in a handicap.

Doyle teams up with trainers Simon and Ed Crisford in the novice stakes, something she has done only four times previously this season. Those rides yielded two thirds and two fourths.

Croupier has been gelded since his last run and showed promise in his two races to date, but faces potentially strong opponents in debutant New Mission and El Bodegon, a runner-up on his only start.

Promise when fourth over 6f at Yarmouth and Leicester; 7f should suit; leading contender

Nap of the day: best horse racing tips for the day's six meetings

Having landed the Goodwood Cup for Alan King and theBarbury Lionson Tuesday, Doyle rides again for the same trainer and owner combination in the staying handicap.

Forever William is yet to score in five starts but has looked a solid contender as he has stepped up in trip, including when third at Sandown last month.

Running creditably; should be thereabouts again but others arguably have more potential 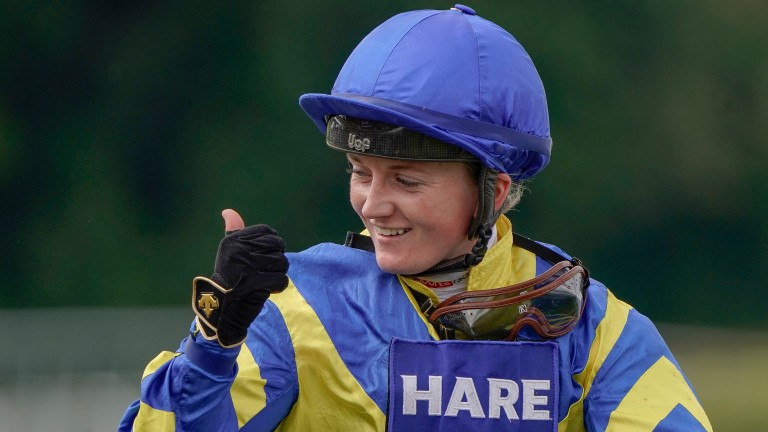 Two runs at Sandown have resulted in a first and a third for Shuv H'Penny King, although he steps up toa mile having raced at 7f on those two occasions.

Doyle partners the three-year-old for the first time but looks to have a tough task against the unbeaten Bashosh.

Spotlight Lucky 15 tips: four horses to back at Leicester and Sandown

Things did not go to plan for Miss Scaletta on herall-weather debut at Wolverhampton last time, but she looks to hold a leading chance returned to turf for the final contest on Wednesday.

The three-year-old was a winner at Goodwood on her penultimate start and, intriguingly, is declared to run at Newmarket on Friday under Doyle's other half Tom Marquand.

Only fourth of seven onall-weather debut at Wolverhampton; needs to raise her game

FIRST PUBLISHED 2:15PM, JUL 28 2021
Doyle partners the three-year-old for the first time but looks to have a tough task against the unbeaten Bashosh