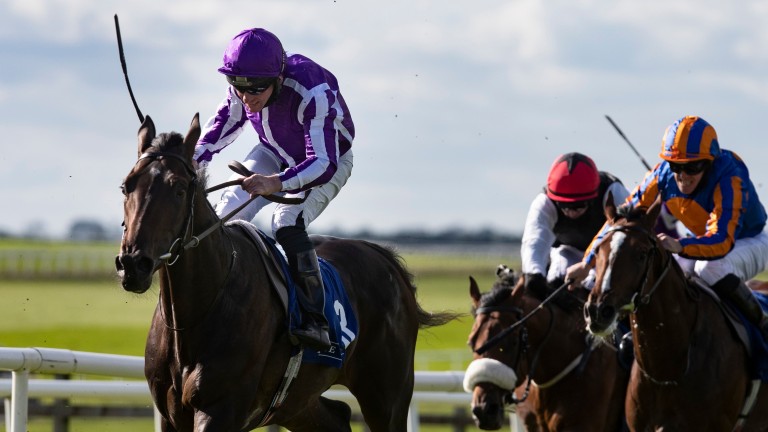 High Definition: was ante-post favourite for the Derby before meeting with a setback earlier in the month
Patrick McCann (racingpost.com/photos)
1 of 1
By David Jennings UPDATED 9:33PM, MAY 16 2021

Aidan O'Brien is convinced High Definition will improve considerably for his comeback at York last week and the master trainer thought there were more positives than negatives to be dissected from his Dante third.

High Definition spent all winter as ante-post favourite for the Cazoo Derby, but he missed his intended engagement in the Lingfield Derby Trial earlier in the month due to a blood disorder, and was usurped at the top of the market by Bolshoi Ballet following his stablemate's wide-margin win in the Derrinstown Derby Trial.

Just as was the case in his two races as a juvenile, High Definition found himself a long way back turning for home in the Dante, but he stayed on strongly to finish two lengths behind Hurricane Lane at the line, and O'Brien thinks you might just see a different horse at Epsom. He is a general 9-2 shot for the Derby, but 11-2 with Coral.

"The pace kind of died a bit in the middle of the race and it might not have suited him as he is a strong stayer. He was only beaten a couple of lengths in the end and he wasn't stopping." 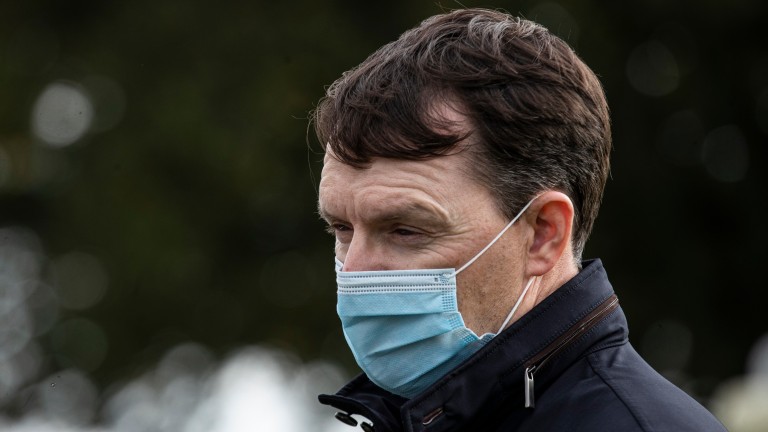 O'Brien has also revealed that the three horses who contested the Qipco 2,000 Guineas at Newmarket – Van Gogh (eighth), Wembley (11th) and Battleground (13th) – are under consideration for the Tattersalls-sponsored Irish equivalent at the Curragh on Saturday.

The trainer said: "All the horses who ran in the English Guineas are under consideration for the Curragh. They haven't done an awful lot since Newmarket, but they all seem to have come out of the race well.

"You would imagine, given it was their first run at Newmarket, they would all come forward for it. It's funny, we've had horses before who have ran at Newmarket and ran very badly and then come back to the Curragh and been different horses. That has happened.

"It was their first run and it can be a a big shock to the system after going through a whole winter. Next thing they turn up at Newmarket on hard ground. It looks like it could be on the slow side at the Curragh."

O'Brien also reported that his Tattersalls Irish 1,000 Guineas team would be headed by recent Leopardstown winner Joan Of Arc, with Empress Josephine also likely to take her chance.

Did we see the Derby winner in the Dante? Our experts have their say

Snowfall, Santa Barbara or someone else – who wins the Oaks?

'There is no denying the phenomenal training that has gone into Rohaan' Ascot due a fitting finale with racing's greatest fan set to star on day five Ascot collector's item as Dettori's flying dismount outshone by tearful groom Love brightens the week for Aidan O'Brien but draw-bias punters are wrong-footed What heights can Love conquer now? We assess her comeback victory at Royal Ascot 'Exactly what I was expecting' - Bolger delight as Poetic Flare runs riot