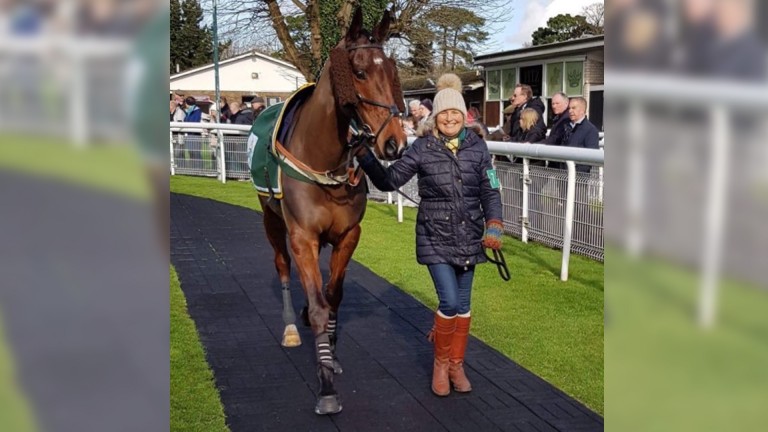 I was booked to ride a horse on a foggy day at Chepstow. He had fallen on his last four starts but the trainer said he had been unlucky and all that rubbish. There were no cameras during the race so after jumping the first I missed out most of the fences – we jumped only three of them and finished fourth
Former jockey Colin Brown reveals his funniest racecourse moment in Popping The Questions

The bravery and positivity she has displayed in her battle against this awful disease has been an inspiration to everyone around her. The fact this battle coincided with her most successful period as a racehorse trainer was testimony to her amazing work ethic and commitment to her horses
Ladbrokes Coral PR director Simon Clare, a close friend to Zoe Davison and an owner in the yard, pays tribute to the trainer

My Beautiful best friend, wife, and Soul mate, I love you. pic.twitter.com/H0utcDSKX8

An extraordinary man whose accomplishments have been a testament to his genius. His business acumen has been unparalleled. With Pat his wife, their achievements at Cheveley Park and their legendary philanthropic generosity are an example of a magnificent lifetime fulfilled
John Gosden reflects on the lifetime achievements of Cheveley Park Stud owner-breeder David Thompson, who died aged 84

I thought he was having a laugh and said the only time I'd done that was when I was messing about with Jason Weaver at Yarmouth one day and I was useless. He replied that he'd looked around the track and I was the only one on course who could do it
Sky Sports Racing presenter Luke Harvey after stepping in for commentary duties at Lingfield on Monday

I remember looking to my outside and Denman was there, Kauto Star was on my inside and Imperial Commander was right there too. I was thinking ‘this is surreal!’
Sam Waley-Cohen recalls his ride on Long Run in the 2011 Cheltenham Gold Cup in a race for the ages

@Sam_Coltherd getting launched off Milly On Air at Newcastle earlier today pic.twitter.com/55ZouikFjC

It's a grim old time of the year, but the horses are keeping the smiles on our faces
Jim Boyle captures the mood of the racing world as he continues his excellent start to 2021 at Lingfield on Tuesday

FIRST PUBLISHED 6:00PM, JAN 9 2021
He'd looked around the track and I was the only one on course who could do it